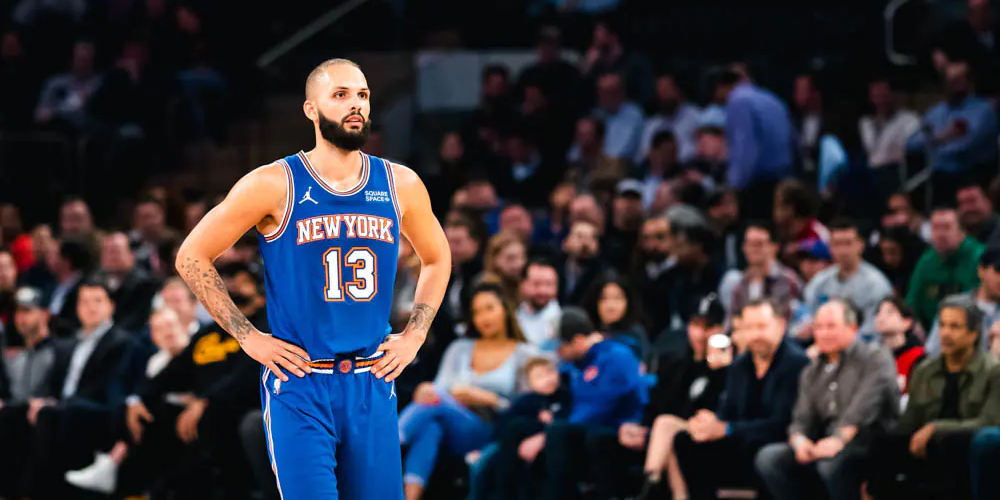 Away from Madison Square Garden for two weeks while ceding room for the 2022 Big East men’s basketball tournament, the Knicks saw almost everything during their seven-game road trip; a stomping, a buzzer-beater loss, a three-game winning streak, and two close losses to much better opponents.

Boy, it is good to be home.

The Knicks flattened the equally lowly Portland Trail Blazers on Wednesday evening in what was a wire-to-wire victory. New York was almost always comfortably in the lead by double digits, eventually separating itself from Portland by 30 points for the 29th win in 69 games. This was not a back-breaking effort like in Portland on February 12th, where 20 points turned into a loss. Instead, it was … effortless. Then again, the Blazers did not have Anfernee Simons dressed to play.

“It feels good to be at home,” RJ Barrett said postgame following a short laughing fit after processing the seven-game road trip. “It doesn’t really matter who they have out there on the court. … Last time we were up big and they came back and beat us, so this was also a little more personal.”

Available and active on Wednesday, though, was much-maligned shooting guard Evan Fournier. The Knicks’ splashiest free-agent signing last summer (besides the Julius Randle extension) scored just 14 points in 28 minutes but hit on two important milestones for the Frenchman. Fournier reached the 200 three-point-make threshold, a personal season-best, and became only the second player in franchise history to reach that plateau. Four triples on Wednesday pushed Fournier to 201 on the season—only 16 behind former Knicks All-Star shooting guard John Starks.

“It’s significant,” head coach Tom Thibodeau said after the game, commenting on the achievement. “For any [off-ball] guard, it’s finding timing, spacing, rhythm. … His teammates are looking for him more, he knows when it’s coming more, and I think it’s been good. There’s still work to be done.”

(This is the first play for New York in the second half. Watch Fournier throughout the play and how his teammates free him for an outside look.)

It is a long time coming for Fournier, who has certainly seen his ups and downs in his first year with the ‘Bockers. After signing a four-year, $78 million contract in August 2021, Fournier has been criticized throughout the 2021–22 season as the Knicks’ starting backcourt struggled on defense and failed to pack the offensive potency many expected in the offseason shake-up. Now Kemba Walker is sidelined for the rest of the season, but Fournier remains a fixture in New York’s starting unit, alongside Randle, Barrett (31 points against Portland), Mitchell Robinson, and, for the time being, Alec Burks at point guard.

Fournier’s previous season-best in three-point makes was two seasons ago with the Orlando Magic, registering 173 treys (shooting 39.9% from deep) in 66 games. Appearing in his 67th game last night, Fournier has 201 three-pointers on 39.5%. Averaging 14.4 points and 1.9 assists per game, it has not been quite the productive the Knicks were hoping from their second-highest-paid player, but Fournier is trying to make a statement down the stretch of what looks like a season narrowly missing the playoffs.

Besides the three-point milestone, Fournier also recorded a season-high six assists against the Blazers, helping his team by moving the ball and finding the open man. Every Knick tallied multiple assists besides the two centers and Ryan Arcidiacono (four minutes in garbage time). No one is saying the Knicks need to lean on Fournier for playmaking chops, but the 10-year veteran swingman has been getting more involved in the offense recently with better results. The Knicks are 3-2 in their last five games, with Fournier averaging 15.2 points and 3.0 assists per game, shooting 48.1% from the field and 42.5% from three.

The Knicks continue their four-game homestand with the Washington Wizards visiting on Friday. Washington lost on Wednesday to the Denver Nuggets and is a half-game ahead of New York in the Eastern Conference playoffs. The Knicks are fighting for their playoff lives with 13 games to play, but their destiny may not rest squarely on themselves with the Charlotte Hornets and Atlanta Hawks occupying the final two play-in spots.

Immanuel Quickley did not speak after the game on Wednesday, but he was mentioned several times, with credits to his energy on both sides of the court. Quickley scored 18 points on 4-of-5 shooting from the floor, including 3-for-3 from deep and 7-of-8 from the free-throw line. His lone missed field-goal attempt came late in a possession when a pass whipped over to the sophomore out of Kentucky pushed his momentum towards the baseline falling away for a long corner two-pointer.

Quickley also totaled six assists and five rebounds. His work on the glass has been foundational in pushing the tempo for New York. “One thing he does well, too, he rebounds and he pushes,” said Barrett. “So he’s all over the place—I tell him that—he’s always moving, so much energy.”

The Knicks are the fourth-worst team in pace, per NBA.com, but are middle of the pack since the All-Star break. 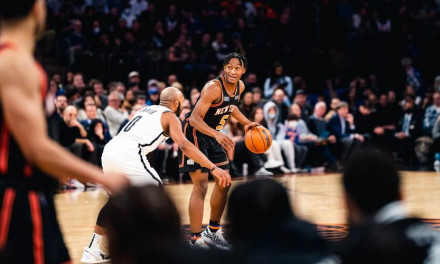