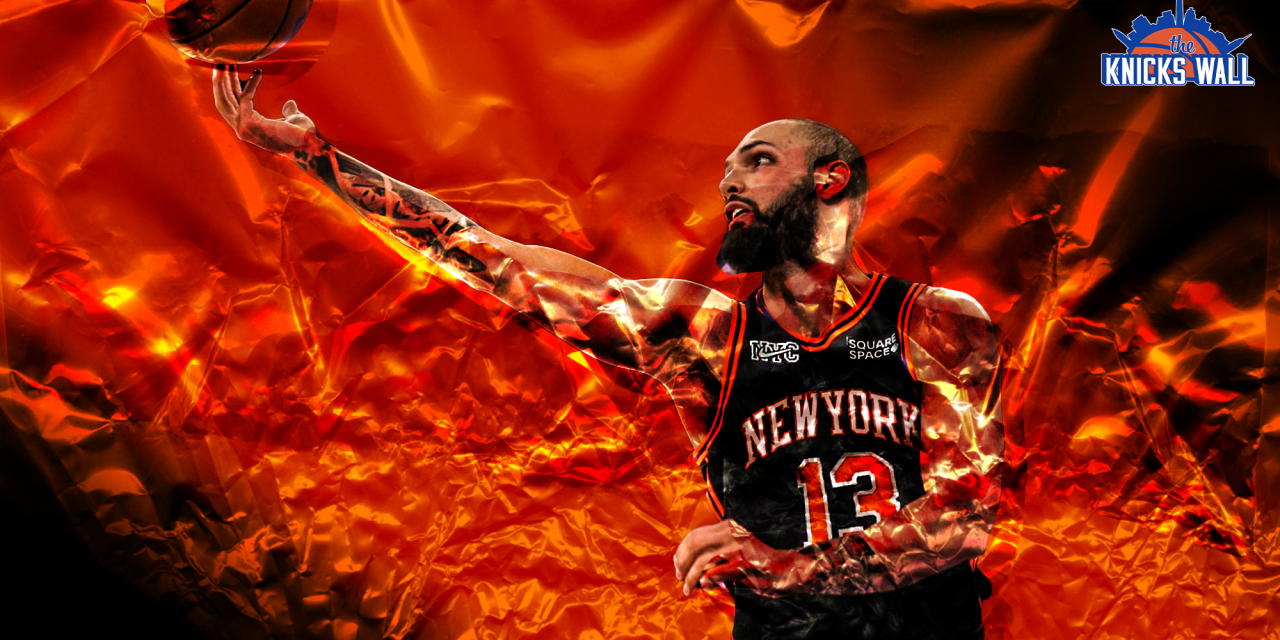 With the Knicks reeling off injuries from COVID-19, they need their big offseason signing in Evan Fournier to finally step it up in a major way.

When the New York Knicks signed Evan Fournier to a hefty four-year deal worth nearly $80 million this offseason, the decision was met by the basketball community with raised eyebrows. Known most of his career as a shooter primarily, he lacks a number of the defensive and off-ball skills that Reggie Bullock displayed at the 2 guard spot last season. That trade-off was perceived to be O.K., though, as Fournier was supposed to immediately become a high-profile scorer on the team who helped to transform the offense.

Thus far into the season, Fournier has struggled mightily as a shooter, and his defense looks even worse when he doesn’t have the offense to support his case for being in the starting lineup. He’s currently averaging just 13.2 points, his lowest since his third year in the NBA back in 2015, to go along with a career-low 41.1 field goal percentage. As a result of his miscues, he’s also seeing below 30 minutes a game and not playing in the fourth quarter over bench players who are providing more of a spark at the moment.

The Evan Fournier Problem, as told by @kylemaggio & @iHateShaun (recorded after the loss in Toronto)

With the COVID-19 outbreak ravaging the team, though, Fournier has his best chance at proving his worth and being a player the Knicks could lean on in big-time situations. Tightened rotations and a preference for the players familiar with the game plan and not the 10-day hardship exemption signees have seen increased playing time for Fournier over the past week and he needs to use it to his advantage before players like Immanuel Quickley return to regular minutes like the sophomore did last night in Detroit.

To his credit, he’s played positively in the games heavily impacted by COVID-19 thus far. In the last five games, Fournier’s averaged 18 points while playing over 35 minutes per game. He tied his season-high total of 32 against Boston last week and took more than 10 three-pointers in three of those games. He had only taken that many shots from there three other times this season.

That’s an easy, not necessarily efficient answer to the question, though—especially when he’s still only averaging 40.2% from the field in those games. A larger shot diet on more minutes played should lead to more points. What exactly has changed in those games that Fournier needs to stick with to prove his worth to the Knicks this season and those remaining on his contract?

Well, a lot of it has to do with the things he wasn’t supposed to be good coming into this season—defense and off-ball movement. The bottom line is, especially on a Tom Thibodeau-led team, defense is what’s going to keep him in close games in the fourth quarter. This is a team on a three-game winning streak that has given up an average of 86.7 points per game in that span and 20.3 in the fourth quarter. If Fournier acts as nothing more than a shooter, he’ll be used more sparingly. With a Defensive Rating of 102.5 over his last five games as opposed to his season average of 113, Fournier is showing that he can be competent on the other side of the ball, too.

Averaging a steal per game in his last five contests, he’s done a decent job of reading other offenses to create turnovers. In this play against Washington last week, Fournier sees the pass coming into the paint from Raul Neto to Daniel Gafford. He gets a hand in front of the pass to bat it away and helps to create a turnover.

He most definitely needs to improve in plenty of aspects defensively, though, namely his rebounding. He’ll often look the ball off upon its release in situations where three-pointers can take a big bounce off the rim back to the perimeter. Take this play, for example, which should be an easy grab for Fournier. Rather, it turns out to be a whole workout for Obi Toppin to prevent a turnover.

He’s also shown better restraint when it comes to throwing up bad shots, recognizing when he should drive the lane or pass rather than take an errant three-pointer. Over those last five games, he’s had 12 assists and has made 19 of 42 attempted non-three pointers, good for 45.2%. Fournier is learning to sidestep defenders to create better shots for himself, like below against the Pistons where he fakes a shot to move Saddiq Bey off his feet and creates enough separation for a clean layup attempt.

The players out due to COVID-19 are slowly making their way back, however, so Fournier’s time is limited to make his impact. With great performances that the rookies Quentin Grimes and Miles McBride gave in their brief appearances, too, there may be even more players and minutes to dole out within the rotation. Grimes, especially, has already seen extended time at the 2 guard spot in his two games back from the health and safety protocols list.

Though Thibodeau is often stubborn in his ways and opts for problems to figure themselves out rather than shake up the rotation, it’s not something he hasn’t already done this season. Moving Kemba Walker to the bench was a drastic move, but his resurgence over the past week has shown that he wasn’t the problem with the starting lineup. With no scapegoats left to move, Fournier just might be identified as the issue with the starting unit. If Fournier remains out for long (after missing Wednesday’s game with an ankle sprain) and the team prospers without him, it’ll give credence to the new Knick being a problem area.

If Fournier’s shots can begin to fall and he continues to play defense at around a league-average level, he might avoid that fate and finally get the trust of Thibodeau to play him in the late minutes of the fourth quarter. On such a high volume, he could be a lethal three-point shooter if he can hit them at around a 40% clip. If he can continue to move effectively and minimize his bad shots, too, that’s an additional benefit to his game. Until then, the verdict is still very much out on Fournier and if that big contract was worth it after all.