Everything You Need to Know About the NBA Draft Lottery, Knicks Odds 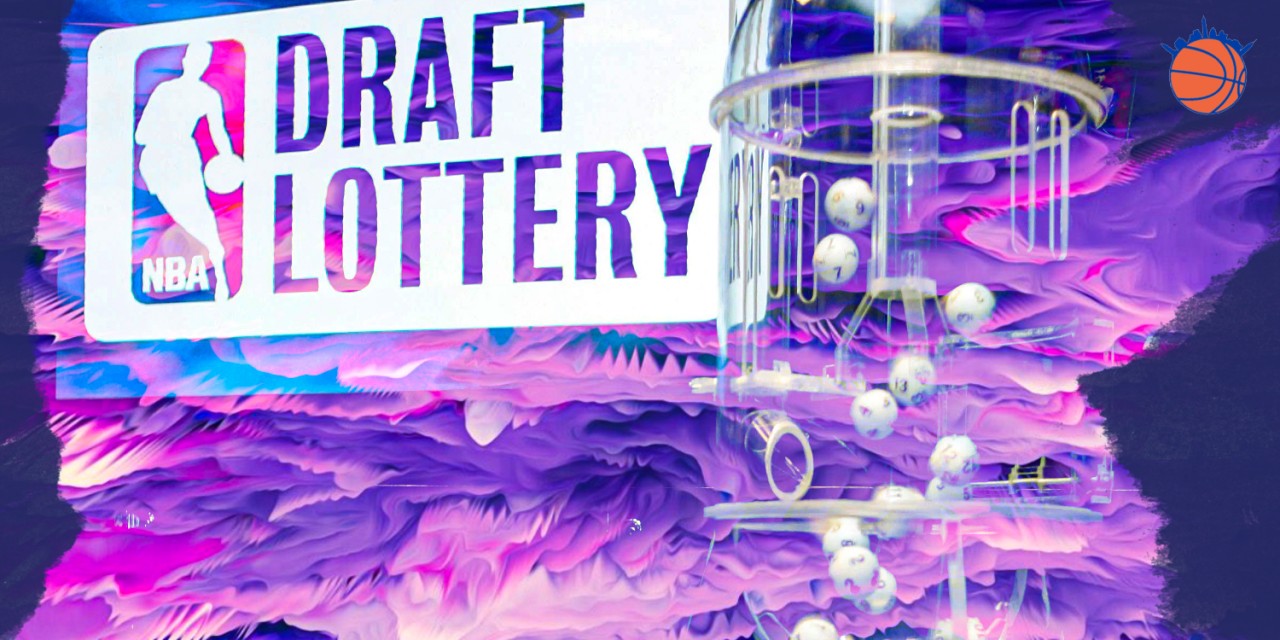 The Knicks have a big part of their future decided—without their intervention—at the 2020 NBA Draft Lottery, conducted virtually.

The last time the New York Knicks appeared in a basketball contest was March 11th when they squared off against the Atlanta Hawks. The Knicks entered the game 0.5 games ahead of the Hawks in the win column. Had the Knicks lost, they would have finished the regular season tied with the Detroit Pistons for the fourth-worst lottery odds.

Instead, the Knicks grinded out a win, allowing the Hawks to nab the fourth-best lottery odds, while the Pistons now sit alone with the fifth-best chance at the first pick. The Knicks, meanwhile, sport the sixth-best average draft selection and odds at scoring the first overall selection, according to Tankathon.

When Knicks’ President of Basketball Operations Leon Rose logs onto Zoom this Thursday, August 20th to attend the NBA Draft Lottery, he will not have any control over what happens. As the Knicks have grown accustom to, however, the way the ping-pong balls shake out at the lottery will have huge impacts on the organization.

There is a 37.2% chance that the team picks in the top four. The most likely single pick outcome for the Knicks, however, is selecting seventh, which has a 29.8% chance of occurring. Their first-round pick cannot fall outside the top 10, and there is a 99.9% chance the team picks ninth or earlier.

Doors will open and close based on where the Knicks selection ends up. Not only is this draft class interesting because of the variance at the top of scouts’ big boards, but there is also lots of potential for trading picks based on team needs and affinity for certain prospects.

Teams draft based off valuation. In 2018, the Sixers mistakenly believed that Markelle Fultz would be more valuable to their organization than Jayson Tatum and a future first-round pick. The Celtics, meanwhile, realized that the opportunity cost of losing Fultz was minimal compared to the value of getting Tatum and having more draft cache in the future.

In the event that the Knicks feel a player is valued too high or low, the organization can package these chips together to make a home run swing this year, or prepare itself better for future drafts.

While the Knicks do sport an impressive stock of draft picks, draft day trades are not often cheap. Last year, the Atlanta Hawks packaged the eighth, 17th, and 35th overall picks to get the fourth, 57th, a future second-rounder, and Solomon Hill’s expiring contract from the New Orleans Pelicans. Should the Knicks be looking to move up, this year’s Clippers’ pick alone might not move the needle, since it falls so late in the first round.

In the 2018 and 2017 drafts, respectively, the Hawks and the Boston Celtics each traded back two picks to acquire additional future first-round picks. The Hawks showed how this can be an inexact science, as the franchise tied Trae Young to Luka Doncic comparisons for the rest of his career. The Celtics, conversely, used their trade as an opportunity to pass up on a prospect they were not thrilled about while also setting the franchise up for a better future.

Teams also use draft day to explore opportunities to move significant parts of their organization. In 2017, the Chicago Bulls sent out Jimmy Butler and the 16th pick to acquire Zach LaVine, Kris Dunn, and the seventh pick, which ultimately became forward Lauri Markkanen. Given the uncertainty about the potential of so many prospects this year, the likelihood of a star getting moved seems low. Still, if all goes as planned at the lottery and the Knicks end up with the seventh pick or better, the team has an enticing asset on its hands. This pick could potentially lure an organization dealing with a disgruntled star to move hastily. Players that are a tier or two lower than true star status such as LaVine or DeMar DeRozan could be on the move this offseason, and this pick could be used in acquiring someone of that caliber.

Trading the Knicks’ guaranteed top-10 overall pick this year and not receiving a different high selection in this draft radically changes the Knicks’ timeline toward success. In a draft where it is difficult to get super excited about any particular prospect, trading back could be a wise move if New York believes they will not sacrifice value this year and can continue to build upon the stock of draft picks the organization already has.

The Knicks’ future is directly linked to, if not defined by, the outcomes of its past few lottery appearances. Last year, after winning the third pick in the draft, the Knicks found themselves with R.J. Barrett, who, along with Mitchell Robinson, is considered by Rose to be a franchise cornerstone. In 2018 and 2017, the Knicks ended up with Kevin Knox and Frank Ntilikina, who other franchises might find valuable only because they (hopefully) are not finished NBA products. In 2015, the Knicks got the fourth pick, selected Kristaps Porzingis, and ultimately traded him for Dennis Smith Jr. and some other stuff, including multiple picks.

If the Knicks keep their pick this year, they will be rostering five top-10 selections from the last four drafts. For lots of teams, that would be a dream come true. Still, relying heavily on the development of draft picks with lackluster NBA-ready skills leads to a lot of losing basketball in the short term. Over the past few years, the Knicks have shown more interest in drafting players with potential over those who could impact winning right away. No draft pick from the last three years has had positive win shares in his rookie season (Barrett, -0.5 WS in 2020; Knox, -1.3 WS in 2019; Ntilikina, -0.9 WS in 2018).

One has to wonder if this strategy will be adjusted with the arrival of the new front office. The Knicks had some gaping holes on their roster last season, particularly when it came to point guard play, shooting, and wing defense. It seems unlikely that New York brought in some of the most well-connected people in the industry in Rose and William “World Wide Wes” Wesley to have a patient rebuild. Instead, if the lottery shakes out well for the Knicks, it seems likely that the front office will use this year as an opportunity to take a big swing or add a player who will help winning next season.