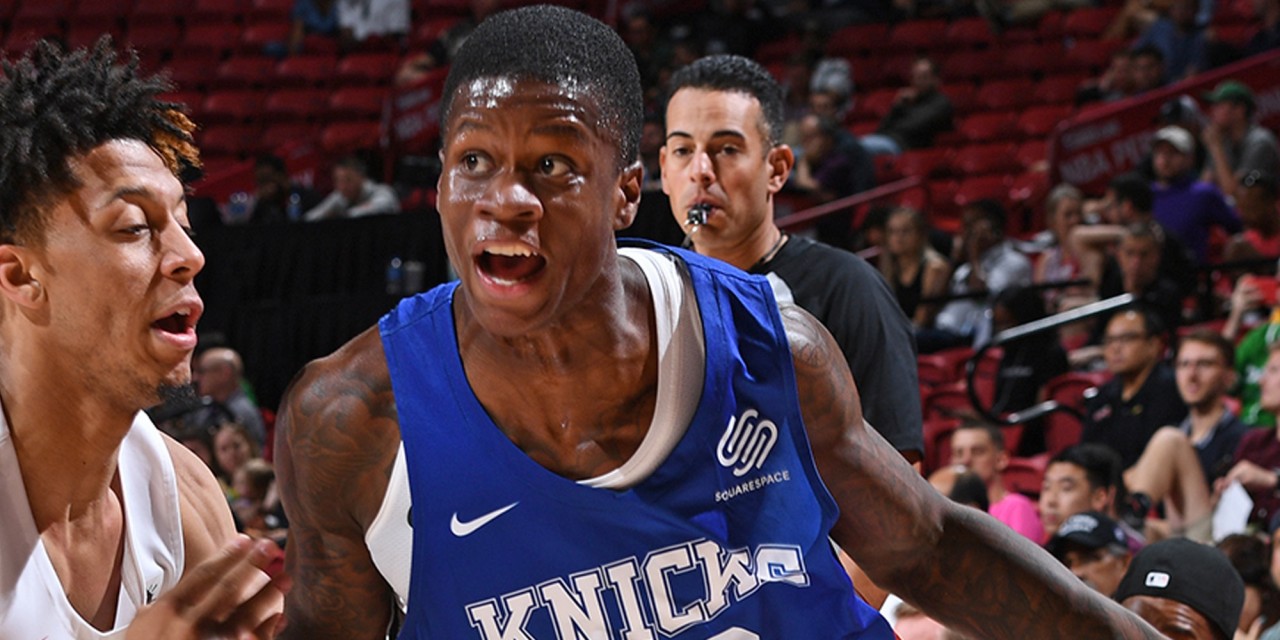 Shaw University product Amir Hinton could land with the Westchester Knicks following his dismissal from the big-league roster during preseason.

The 22-year-old Division II product from Shaw University signed an Exhibit 10 deal with the club last month after a slow first impression with the Knicks during the team’s NBA Summer League in Las Vegas, Nevada, appearance. Shaw joined New York during preseason alongside Kenny Wooten, V.J. King, and Lamar Peters, as the league permits training camp rosters to be expanded to 20. Shaw, along with his other former Summer League invitees, was a candidate to earn the Knicks’ second two-way contract.

Nonetheless, Shaw could still land with the Westchester Knicks, the team’s G League affiliate, while under his Exhibit 10 contract, Steve Popper of Newsday notes.

Hinton is an Exhibit 10 contract so he belongs to Westchester. Was the leading scorer in Div II. https://t.co/uGIHLYE88E

Hinton was an undrafted free agent initially signed by the Knicks for their Summer League roster. He led collegiate basketball this past season in scoring, averaging 29.4 points per game in DII before declaring for the 2019 NBA Draft. While Hinton appeared in four games for the ‘Bockers during the summer, scoring 4.3 points a contest on 39% shooting from the floor, head coach David Fizdale has not found minutes in preseason for the guard.

The only player signed to the available pair of two-way contracts for the Knicks at the moment is still point guard Kadeem Allen. The other one is up for grabs and could go to Wooten, King, or Peters, with Hinton likely headed to White Plains to play for the DubKnicks outright.

»READ: Offseason Westchester Knicks update: What the team could look like next season