Expect the Knicks to Be Aggressive With Their Assets This Offseason 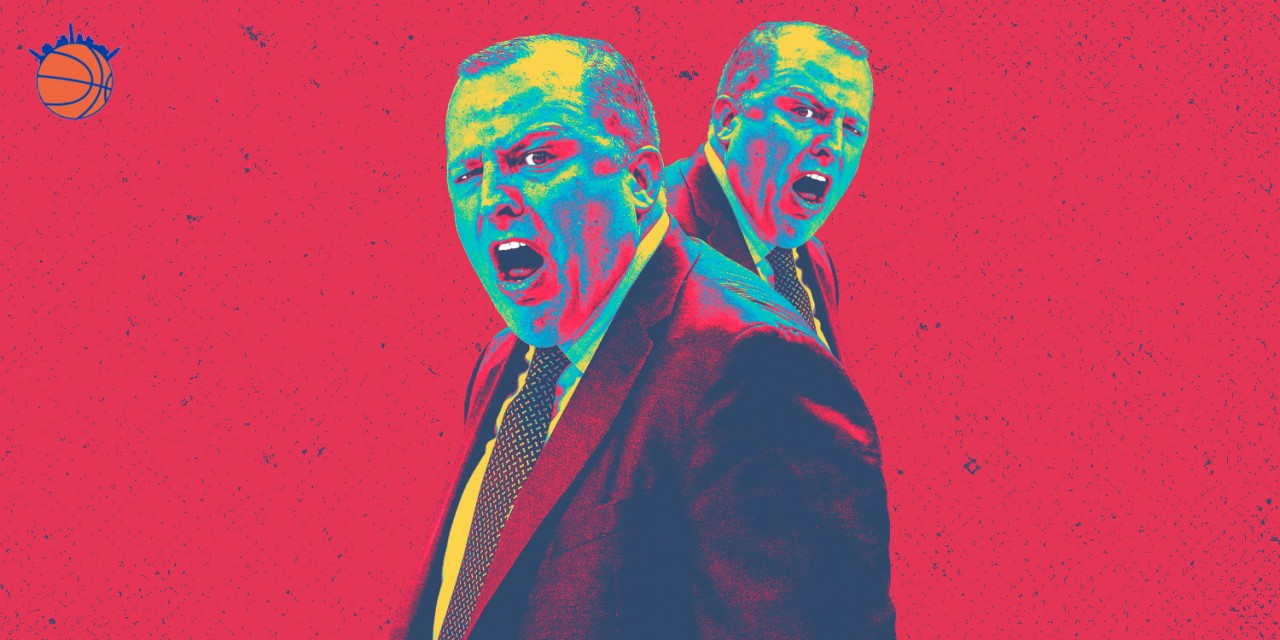 The Knicks have a war chest of assets, including multiple first-round picks. History with Tom Thibodeau dictates a big move coming.

It’s been over seven years since the New York Knicks have been to the NBA playoffs. They haven’t returned since their loss to the Indiana Pacers in the 2013 Eastern Conference semi-finals. This is the third longest playoff drought in the league, behind the Sacramento Kings (14 years) and the Phoenix Suns (10 years). In a league where over 50% of the teams make the playoffs, this stat is even worse than it sounds.

From 2013–17, the Knicks were all about quick fixes to try and salvage the last few years Carmelo Anthony’s Knicks career, without worrying at all about the future. This includes trading a first-round pick and two second-round picks as well as fan favorite Steve Novak to the Raptors for Andrea Bargnani in 2013, completely ignoring the fact that injury-plagued Bargnani had averaged only 12.7 points per game on 39.9% from the field (30.9% from three) in the season prior.

In 2016, the Knicks double-downed on their quick fix strategy by trading for Derrick Rose and signing Joakim Noah to a four-year, $72 million deal. Rose and Noah were both riddled with cascading injuries and clearly on the downturn of their careers.

Since Anthony was traded to the Oklahoma City Thunder in 2017, a new rebuild was underway. All fans begged the Knicks to do things “the right way” this time, meaning keep all or most of your picks and don’t make ridiculous trades to try and speed it up.

It’s been three years of the Knicks doing things “the right way”, and yet they remain in a similar spot to where they were three years ago. Much of this is due to the Kristaps Porzingis trade, but also due to failure in the NBA draft.

A rebuild through the draft can only be successful if you hit on your draft picks, and other than Mitchell Robinson, the Knicks haven’t done that (R.J. Barrett is still TBD, but I’m optimistic). Frank Ntilikina hasn’t proved much other than his defense through his first three seasons, and after this year he may not even be a Knick as his contract is up. Kevin Knox regressed from his rookie season to his sophomore season by a ton, and ranks among the bottom of the league in several analytical categories.

A rebuild like this cannot last forever, especially in New York, the biggest market and Mecca of basketball. There are ways to make trades and signings that are smart to speed up a rebuild. However, in order to do that, you need draft capital and cap space, two things that the Knicks lacked three years ago, but have an abundance of now.

Additionally, the Knicks have brought in Leon Rose as President of Basketball Operations, and Tom Thibodeau as head coach. As this is Rose’s first rodeo, it’s likely he won’t have patience for another four or five years of this rebuild without getting to the playoffs.

A sign of this was the hiring of Thibodeau, not known at all as a rebuilding coach. In fact, in Thibodeau’s seven full seasons as an NBA head coach, he’s only had a losing record once, and that was in 2016–17, his first year with the Timberwolves. Minnesota’s situation in 2016–17 can be viewed as similar to the one the Knicks are currently in right now.

The Timberwolves were in a 13-year playoff drought in a rebuilding situation prior to 2016–17. Following that season, where Minnesota went 31-51, Thibodeau pooled assets together to trade for Jimmy Butler, ultimately causing a playoff berth and a 47-35 record in 2017–18.

With the Knicks possessing a total of three late first-round picks (2020, 2021, 2023) acquired between the Marcus Morris and Kristaps Porzingis deals, as well as multiple young players and cap space, expect New York to be extremely aggressive this offseason and the next in order to improve the roster. No one on the current roster should be untouchable (maybe Mitchell Robinson, but that’s it).

According to NBA.com, as of July 2019 going into the 2019–20 season, only four teams were returning with players who appeared in at least 75% of the team’s minutes the season before. There’s more movement in the NBA than any other professional sports league, and you never know who’s going to become available this offseason.

In 2018 it was Kawhi Leonard. In 2019 it was Russell Westbrook, Paul George, Anthony Davis, and Michael Conley. You never know who might become available in 2020.

In addition to the potential of acquiring players via trade, the Knicks could also pool together assets to move up in the draft, either improving upon their eighth overall pick, or even to move up and acquire a second lottery pick.

Ultimately, there are several different directions that Leon Rose and the Knicks could go in terms of being aggressive to improve the roster for next season and beyond. Since these options are not ones that have been available in recent memory, paired with the new front office and coaching staff, I expect many of these options to be looked at, if not exercised.

You cannot build in this league without winning while simultaneously rebuilding. It’s a massive step to attracting free agents and creating a culture in the organization—and a reason why I believe the Knicks will be so aggressive with the assets they have this offseason. Don’t be surprised at all if New York’s roster looks different by the tip-off of the 2020–21 season.