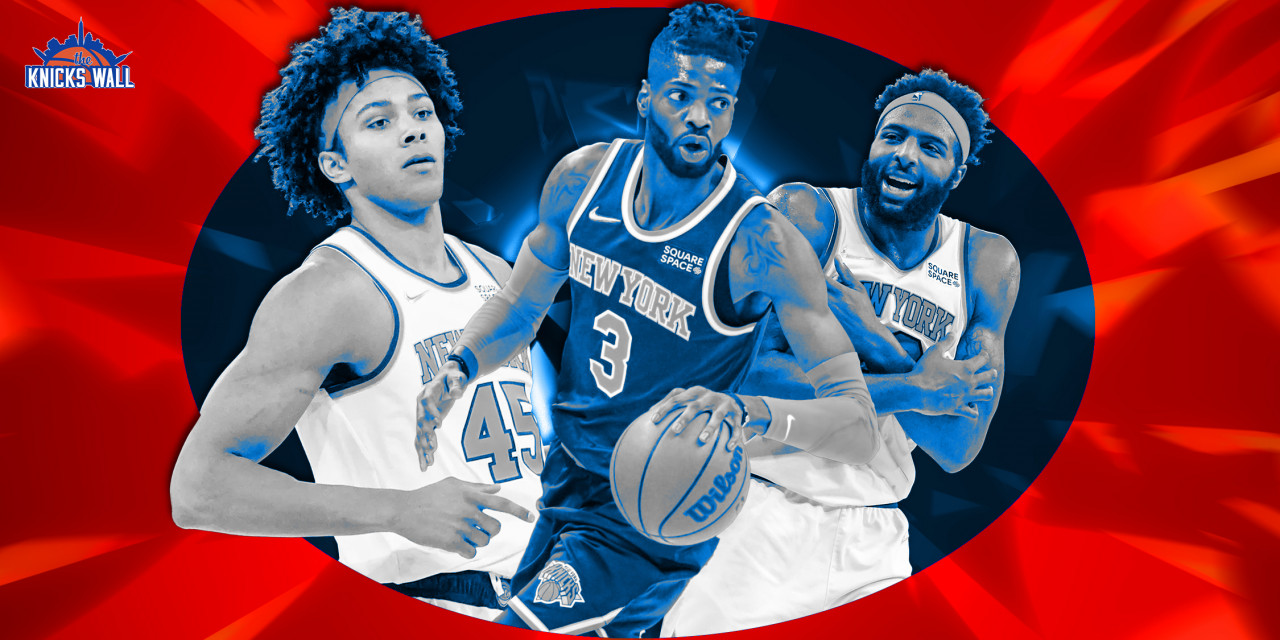 Not long ago, the New York Knicks’ depth at center was widely considered one of the team’s strong points. Mitchell Robinson and Nerlens Noel were invaluable to the Knicks’ elite defense in 2020–21. When one center came out, the other stepped right in and supplied top-tier rim protection. New York had its centers of the future in Robinson and Noel, so it seemed. Boy, have things changed since that Cinderella season.

Once a symbol of stability, the future of New York’s big man rotation is now unclear. Robinson will enter unrestricted free agency this summer. Noel could very well be trade fodder soon with his sizable contract and inability to stay healthy, and Jericho Sims is slowly working his way into the rotation. New York’s front line may look very different next fall.

Let’s explore how each of the Knicks’ centers has performed to this point and whether they should be a part of the franchise’s future plans.

Back in the 2021 offseason, New York inked Nerlens Noel to a three-year, $32 million extension. Hindsight is 20/20, but the deal seemed reasonable at the time. Noel was fresh off a season where he averaged a career-high 2.2 blocks and was a linchpin for a Knicks defense that finished fourth in defensive rating. Fast forward to today; as New York’s defensive effectiveness has nosedived from the year prior, so too has Noel’s productivity.

Arguably, the number one obstacle Noel’s faced this season has been an egregious case of the injury bug. A sore knee has kept him sidelined since February 7th, and other foot and back injuries have limited Noel to just 25 appearances on the season. Keep in mind one of Noel’s best abilities last year was his availability, having played 64 of 72 games in 2020–21.

It would be one thing if Noel were effective in the games he’s played this season—injuries are part of the sport, after all. But he hasn’t been. He has regressed in several facets. Namely, his blocks average (1.2) is more or less half of what it was a year ago, and Noel is converting just 58% of his shots at the rim (11th percentile among bigs, per Cleaning the Glass).

So this all leads to the 32 million-dollar question: What should the Knicks do with Noel’s contract? It seems inevitable that Leon Rose and company will scour the league for a new home for Noel this offseason. Playoff teams with short depth charts at the big spot like Cleveland or Dallas make sense as landing spots. The ‘Bockers would likely have to give up some draft capital to unload Noel (perhaps a second-round pick or two), but this is a move they should make nonetheless. Noel doesn’t have a future on this team with two younger, more talented bigs waiting in the wings.

The rationale for extending Mitchell Robinson this summer

Robinson’s season got off to a bumpy start from a defensive standpoint. Gaining 20 pounds in the offseason came back to bite him early on when his springiness was noticeably lacking. Robinson is still not the athlete he was a year ago, but he’s managed to rectify his defense in 2022.

Robinson has reemerged as one of the NBA’s premier rim protectors. Over the last month, he has averaged 2.4 blocks, which is the fourth-highest in the league during this span. Only Robert Williams, Anthony Davis, and Rudy Gobert have sent away more shots per game since January 29th.

Robinson’s month-long block party culminated on February 2nd when he collected eight rejections against the Grizzlies. This mark is tied with Daniel Gafford for the most blocks in a game this season.

Think the Ja Morant "almost poster" going around on social media has left a bad taste in my mouth because Ja should and will get his flowers — he's incredibly deserving — but Mitchell Robinson had 8 blocks on Wednesday, 5 of them coming in the second half.

While it took time for Robinson’s defensive prowess to resurface, his offensive production has been consistently solid since October. Generating second chances on the glass and scoring at the rim have been the strengths of Robinson’s offensive repertoire ever since he joined the Knicks, and there’s an argument to be made that he’s better than ever in both aspects. According to Cleaning the Glass, Robinson is converting a career-high 77% of his at-the-rim looks (92nd percentile among centers) and pulling down a personal-best 14% of his teammates’ misses (also 92nd percentile).

A rejuvenated interior anchor on one end and a steady paint finisher/extra possession generator on the other, Robinson is worth keeping for the right price. He’s an established starting-caliber center in this league. A good benchmark for a possible extension is the four-year, $54 million deal that Williams signed last summer with Boston. Williams is the same age as Robinson with an eerily similar playstyle. Personally, I believe Robinson would have to settle for slightly less money if he wants to return to New York (which is a big if). A deal in the ballpark of $48 million over four years is realistic.

With Noel still “far from 100 percent healthy,” per SNY’s Ian Begley, and Taj Gibson providing inconsistent production all season, to put it kindly, Tom Thibodeau has recently turned to rookie center Jericho Sims for rotation minutes. Sims has seen 18 minutes of playing time in each of the Knicks’ last two games, and while the results have been a mixed bag, Thibodeau giving way for some player development is a welcome sight.

Perhaps Sims’ most significant contribution lately has been his work on the glass. His elite athleticism allows him to sky for rebounds, and when he can’t corral the ball with two hands, he’s excellent at tapping it out to open teammates. His rebounding chops were on full display in the Knicks’ loss to the Sixers on Sunday, when he finished with 10 boards, tied with Julius Randle for the most on the team. It’s worth noting Sims played less than half the minutes Randle did (38 to 18, respectively).

Sims has proven himself to be an NBA-caliber board snatcher, but he has a long way to go in other areas. His stretches of play are often marred by careless rookie fouls and offensive possessions where he looks like a deer in the headlights—utterly lost. But with a total of just 153 pro minutes under his belt, there’s reason to be optimistic that these issues would sort themselves out with experience. Sims is extremely raw, but considering he is a high-energy player and tremendous athlete (skills that one can’t teach) and is already a great NBA rebounder, the foundation for a long professional career is there.