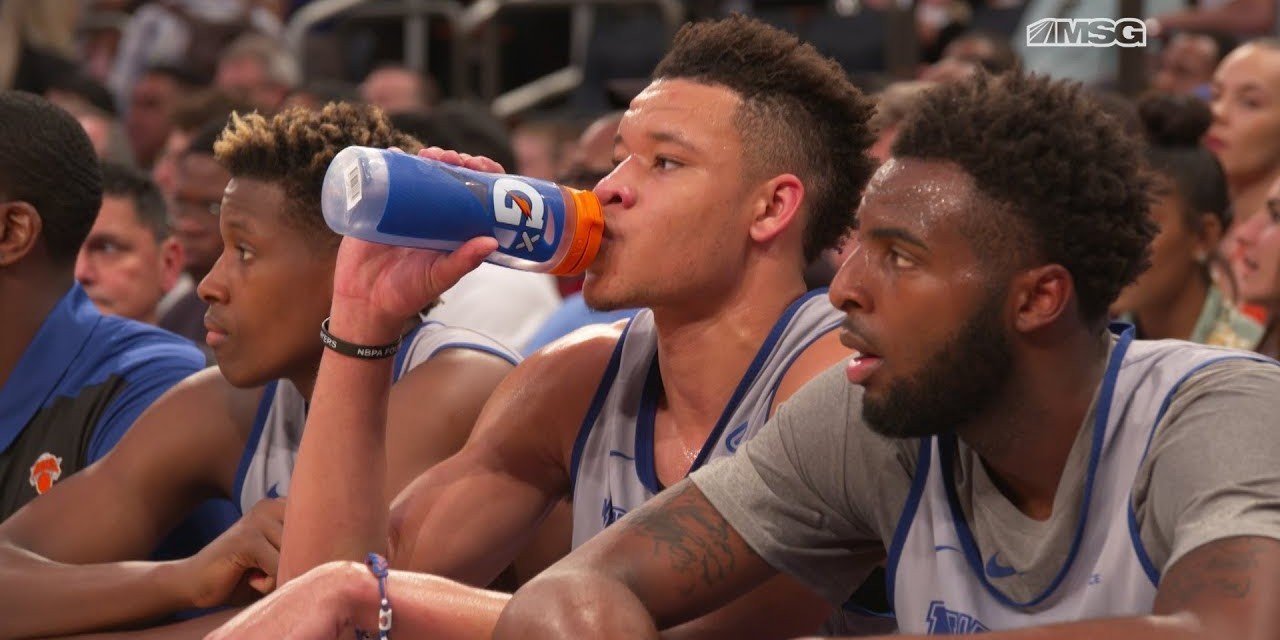 The Knicks held their annual “open practice” at Madison Square Garden—with a calvary of cheering fans to watch the young team get reps in.

The crowd at the Garden for the Knicks’ open practice on Saturday may not have gotten the notice that this wasn’t a game. Knicks fever swept through the arena as fans filed in to get their first glimpse of their squad all together.

Here are some thoughts that I had while sitting on the floor on the baseline with my camera:

Kristaps is for the children pic.twitter.com/aBFko8CUqs