Filling in the Gaps: Complementary Players to Kevin Durant and Kyrie Irving 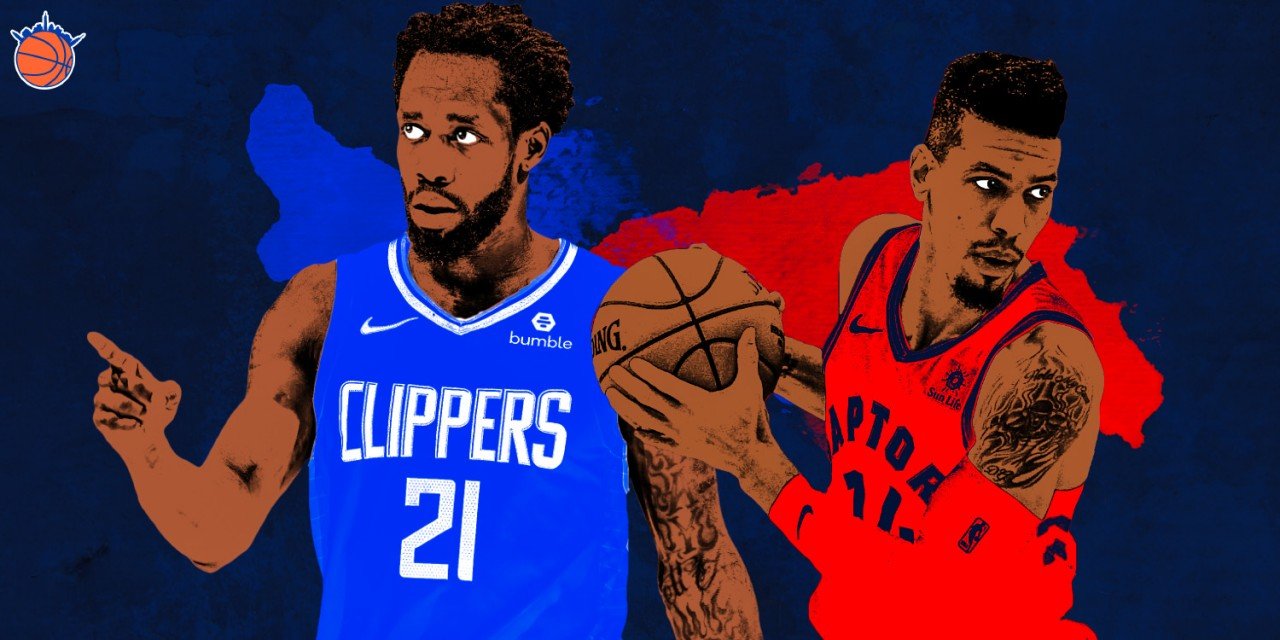 It’s not fair to string together Kevin Durant and Kyrie Irving—the Knicks’ free-agent targets—with scrubs. New York will need to surround the All-NBA caliber players with complementary pieces to build a contender.

June is right around the corner, meaning the NBA postseason is nearly done, and with that realization is the ominous anxiety of the NBA draft and free agency.

The draft lottery didn’t go exactly as planned for the New York Knicks, but their scheme to sign two max-contract players is still in range. Kevin Durant and (to a lesser extent) Kyrie Irving have been dubbed the Knicks’ premier options.

If the Knicks manage to sign both during the offseason, great. But simply throwing two All-Stars on a team doesn’t make them a game-changing force. The Knicks need to complement these players’ strengths by adding depth to their roster and acquiring players who will thrive while Durant and Irving lead the way.

When you hear Durant and Irving’s names, you immediately know that they’re two bucket-getters. They both can score on all three levels: at the rim, from mid-range, and from three. What puts them at the top of the totem pole is how efficient they can score those points, and what the Knicks will need to analyze is which plays allow them to score most efficiently.

Kevin Durant, a near-seven-foot forward, is one of the greatest scorers of all time and excels at scoring isolation buckets. During the regular season, he ranked fifth in the league in isolation frequency at 15.6% (qualified at more than two possessions per game and 60 regular season games played). At the same time, he ranked second in points per possession at 1.06, ranking only behind James Harden.

Putting Durant in a place for success is simple: give him the ball and let him go to work. Although Seth Curry’s comments may lead some to believe that Durant is a detriment to his team by reducing his high-iso rate to being a ball hog, that isn’t the case. Durant is sixth among forwards in assists per game and has no trouble finding the open teammate. It just so happens that he’s the best basketball player in the world.

Kyrie Irving, the point guard out of Duke, boasts a similar isolation frequency at 13.2% on 3.0 possessions per game, but with a much lower points per possession statistic at 0.98. He’s far more comfortable running the pick-and-roll, as his 29.4% frequency suggests. His 0.99 points per possession may seem low, but it’s good enough to rank him seventh among pick-and-roll ball handlers, and ties him for second in field goal percentage with Damian Lillard.

Durant and Irving both approach the game in demonstrably different ways—and setting them up for success would require New York to flank them with players complementary to their play-style. Actual free agents and players available for trade vary highly in terms of skill sets, but pinning down a specific phenotype is crucial to getting the return the Knicks are looking for.

These guys are new to the NBA, in the sense that they’re usually 6’10” or taller big men who can shoot from beyond the arc. The five-out offense—where all players in an offense can make a jumper—is becoming increasingly common in the Association. Lumbering centers with Joakim Noah’s shot profile have been exposed as liabilities in today’s run-and-gun league. Admittedly, their defense is questionable, since the traditional center skills aren’t the primary focus, but that doesn’t take away from what they add to an offense. Pulling the opposing center out of the paint can set the table for an inside game for your guards.

It’s no secret that Kyrie Irving wants to run the show, but if there’s anything he’s learned from LeBron James, it’s that he can’t do it alone. Irving would require a running mate of sorts in the backcourt. Similar to how Klay Thompson is the other Splash Brother, Irving’s ideal partner would be a shooting guard who is both a stellar defender and a knockdown shooter. They’d need to be able to run the offense in spurts but never do anything spectacular. More or less, they’re there to keep the ship steady.

The dawn of Draymond Green spurred on the space and pace movement, as an agile big man closer to 6’6” than 7’0” took the center stage. ‘Tweeners are no longer pariahs—in fact, they’re highly in demand. These are the guys who provide lockdown defense from the paint to the perimeter. Even if they’re not the best shooters in the world, their athleticism and defensive acumen shine through, allowing your team to take advantage of transition buckets. Durant at 1.17 PPP and Irving at 1.13 PPP are excellent in transition and taking the floor with a forward or center who can push the pace in transition is just what they’d need.

Kevin Durant is rumored to be a shoo-in for New York, and if that’s true, Kyrie Irving isn’t far behind. If the Knicks are looking to build a team that’s not just good on paper, but an actual contender, they’ll need to construct a roster centering their two stars.

»READ: R.J. Barrett is a nice consolation prize for the Knicks

»READ: Are the Nets a threat to the Knicks’ free-agent aspirations?