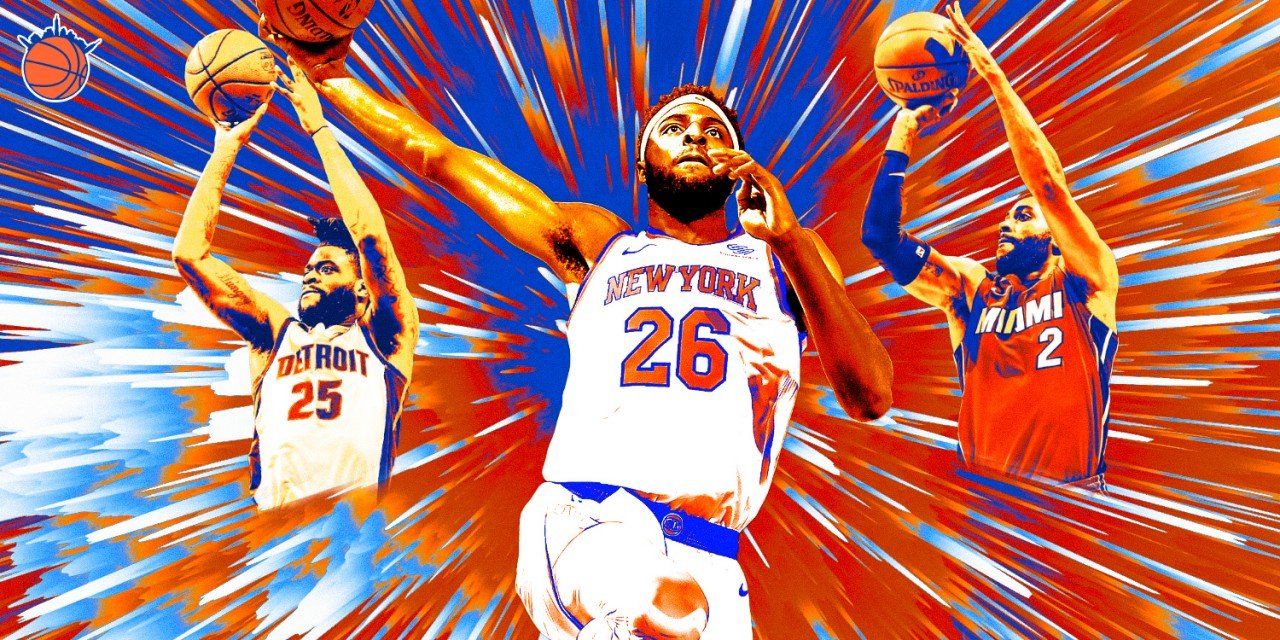 Despite the New York’s disappointment this offseason, the “Plan B” created by general manager Scott Perry and company following the free agency decisions of Kevin Durant and Kyrie Irving created several new opportunities for the Knicks. Julius Randle could emerge as the lead offensive weapon for the Knicks; rookie R.J. Barrett could be the team’s future superstar; and Dennis Smith Jr. could become the team’s long-term answer at point guard.

The Knicks’ roster reshuffle also creates a ton of work for the coaching staff as they determine lineup usage for the 2019–20 season. Thanks to such roster turnover, the data from last’s season 17-65 season is largely useless, and offers a blank slate for David Fizdale and his staff as they figure out what lineups work this upcoming season.

While we have an idea of who will get the nod to start on opening night, here are five lineups of intrigue heading into the 2019–20 regular season.

Despite the talk about an open competition for spots in Fizdale’s rotation, the team has an idea of who will be getting minutes and who will be in the starting lineup against San Antonio on October 23rd. If I were to speculate, I would say this is the opening night lineup, and one which creates a ton of intrigue in its own right.

This lineup lacks true outside shooting, which could hurt its success in the long run. However, it offers a directional offensive hub in Randle, Smith’s ability to get to the basket, and Marcus Morris’ versatility as an inside-outside scoring threat. Mitchell Robinson might be more of a lob option in this offensive grouping, but also serves as the linchpin defensively here.

After New York struggled to space the floor last season, it came away with a few outside shooters this offseason, with the hopes that they can offer more balance offensively for the 2019–20 season. This lineup, highlighted by three players who shot at least 40% from three last season, is a considerable change from last season.

Again, this lineup is carried by Smith’s ability to get to the basket. Proper balance from Smith could see guys like Dotson, Bullock, and Portis all benefit from his gravity resulting in open three-pointers. Taj Gibson, a slightly forgotten addition this summer, makes sense in this lineup because of his ability to work as a pick-and-pop threat.

Featuring five offseason additions, this lineup provides balance among all three levels offensively, whole touting some stronger defenders. Elfrid Payton offers a skill set similar to Smith in his ability to handle the ball and attack the basket. However, Payton is a more consistent playmaker for his teammates. Where Smith could opt to attack the basket and look to score, Payton will drop the ball off to an open scorer.

This lineup is an attempt to get Kevin Knox some minutes. While the combination of Knox and Randle poses several questions on the defensive end, Robinson could be the perfect eraser behind them to cover up some of their mistakes. Placing Knox at the 3 allows him to have another big man alongside him to use to cut and use screens to get open.

Maximizing the wing with a shooter like Bullock works well with Smith’s skill set. Keeping Robinson as a lob threat allows Randle to come out and work in the middle of the floor. Still, this lineup can help cover some of Knox’s weaknesses while priming him to stretch his wings in year two.

This will probably not happen in the regular season, but it makes sense as an attempt to both rehabilitate Ntilikina and find minutes for Knox. Ntilikina isn’t a standalone point guard, but rather a secondary ball-handler and solid perimeter defender (currently impressing at the FIBA World Cup with France).

Barrett might be a small forward in the long run, and able to operate and navigate New York’s offense. This grouping allows him to try that while maintaining offensive balance. Knox moves up to a power forward role, giving him more defensive responsibility, but keeping Robinson behind him to serve as an eraser.

With the introduction of several new players onto New York’s roster, the Knicks will have to figure out which combination of players works together, how to navigate the playing time for younger players, and ultimately figure out who can win games.

Between a “wide-open” training camp competition and four preseason games, David Fizdale and his coaching staff will have plenty of chances to see which players could thrive together and which lineups could help New York increase their win total in 2019.

»READ: Three Knicks who could make the the 2020 NBA All-Star Game