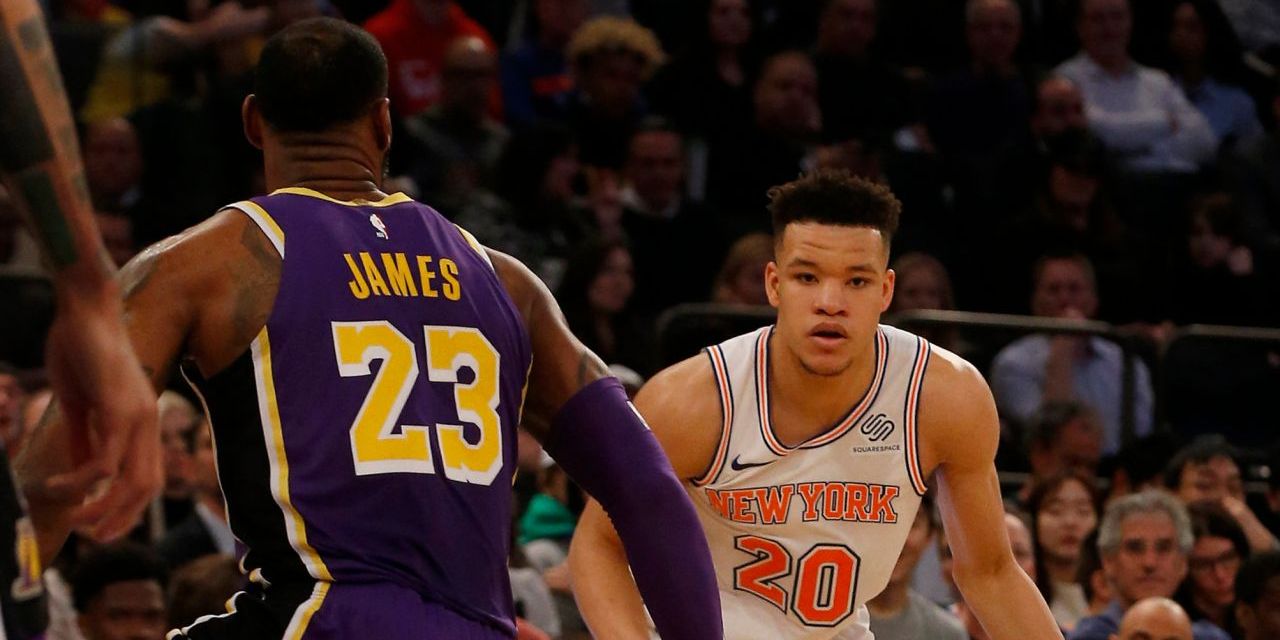 The Knicks won’t be among elite company next season, but that doesn’t stop them from competing in a handful of notable matchups.

Real basketball is quickly creeping up on us. Following a strong end to their Summer League, the New York Knicks are hoping to carry that momentum into the regular season, when wins and losses trump moral victories.

There is enough intrigue in the Baby ‘Bockers’ development, real NBA players on the roster, and David Fizdale’s second year as head coach.

Still, there are certain games that will get the blood flowing more than the others. These are the five games that stick out.

Word on the street is the Spurs and Knicks do not like each other. There is a simmering beef dating back to the initial Kristaps Porzingis trade talks, where the Knicks felt lines were crossed.

The Knicks never specified what exactly the Spurs did but said the Western Conference franchise “operated outside of accepted NBA norms.” Whatever it was, the Knicks found their revenge when they saw Marcus Morris break off a handshake agreement with San Antonio, leaving the Spurs “pissed off.”

This sets up an interesting opening night clash. These are not the Spurs you grew up on. Although Tim Duncan and Gregg Popovich will be on the sidelines, LaMarcus Aldridge, Derrick White, DeMar DeRozan, and a returning Dejounte Murray will make for an exciting first test.

October 25th at Brooklyn Nets: Beginning of the Rivalry

A big issue with the Knicks vs. Nets rivalry is that there really was never a rivalry. There has been no major, recent incident. No classic playoff series. Just a goofy billboard. That changed once Kyrie Irving and Kevin Durant chose the Nets over the Knicks this past summer.

Durant going to Brooklyn is what stung the most, and with him on the sidelines, the energy is slightly dimmer. Still, this should kick off some true hatred between this crosstown rivals, and the Knicks are certainly the underdogs.

Porzingis and the Mavs make their only Garden visit in November, where the former Knicks All-Star hero turned zero will undoubtedly hear a vocal response from fans.

Julius Randle will give the fans a BBQ cookout against Porzingis once again, though. For those unaware, Randle put KP in his back pocket when the two tangoed in Los Angeles.

Barbecuing aside, this game will be an official end to the Porzingis era, an era that lasted about as long as Daenerys Targaryen’s reign of Westeros. He was booed, cheered, and booed again. He was a pleasant surprise, a franchise savior, and public enemy number one.

Porzingis will never be liked again in New York—that much is given—but this game will give both the fans and him some closure on the situation. Fans will be able to vent and KP will have his chance to make the Knicks regret pissing him off or whatever older brother Janis claimed they did.

Also a heady play by the league to schedule this game early in the season, given Porzingis’ track record of not playing past Groundhog Day.

It’s hard to pinpoint the last MSG debut more anticipated than Zion Williamson’s. LeBron James is the only one who comes to mind right away.

This will be the first (real) clash between Williamson and R.J. Barrett, a matchup Knicks fans pray becomes the LeBron vs. Wade for the next generation. It will also be Julius Randle’s first game against his former team. The Pelicans did not seem to have much interest in bringing Randle back even before they won the lottery, despite Randle putting together a career season.

That sounds like enough of an incentive for Randle to have a big night and give R.J. the early lead in his friendly rivalry against Zion.

Speaking of LeBron, the last time he was at MSG this happened:

We all know by now how conscious LeBron is about his image, so he will be coming back for blood. Armed with Anthony Davis, who the Knicks had their eye on before the Lakers traded everything but Jack Nicholson for, James will look to set the Garden ablaze in hope everyone forgets he was stuffed by Mario Hezonja.

»READ: Taj Gibson’s final act: what can the veteran bring to New York?