Fizdale, the Knicks, and Searching for Identity in the Big City 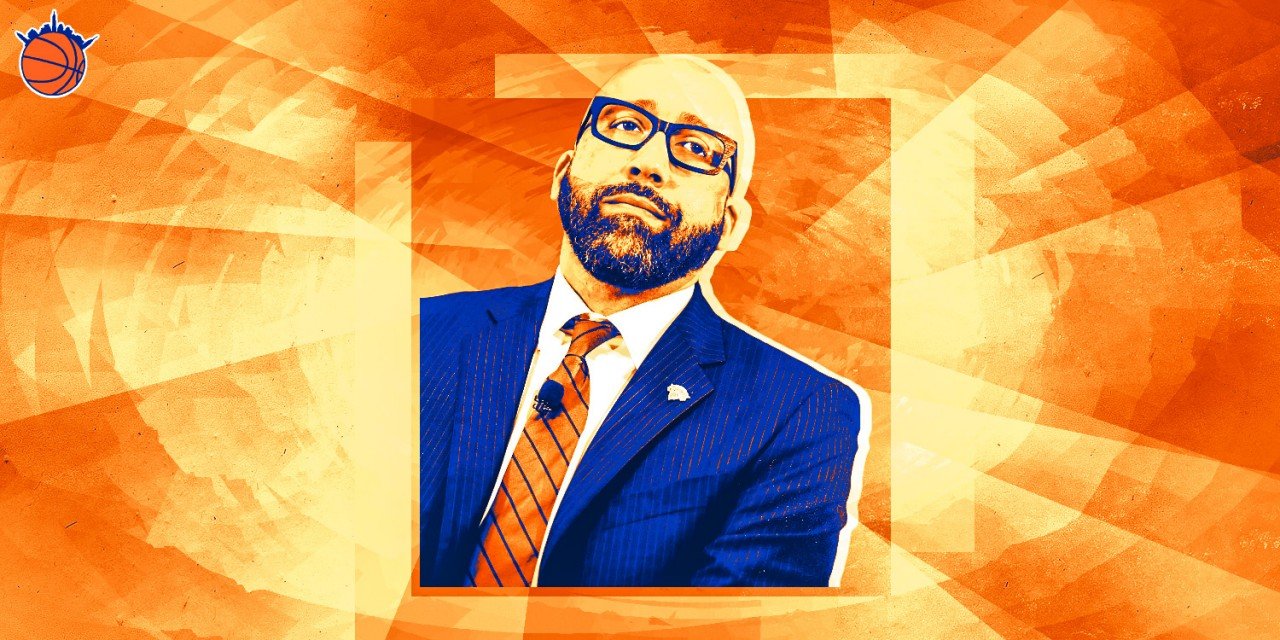 While the Knicks have improved their defense under David Fizdale, there’s greater concern for the team’s overall identity going into the final stretch of the season.

It doesn’t matter how much due-diligence or number-crunching you do before making a move, there’s always a less than zero chance of losing it all on the river—whether from misreading personalities, overvaluing your hand, or just plain bad luck.

But if signing a free agent or making a trade is Texas Hold ‘Em, tanking is roulette. Cross your fingers, rub that rabbit’s foot, and hope things work out for the best.

There are too many variables and needs to ever have any real control: hit on your lower draft picks, tank enough to get the worst odds, hope the ping-pong balls bounce your way, draft a superstar, develop the young players who aren’t superstars, keep cap space open to either sign a big free agent or (more likely) accrue picks in salary dumps, develop a culture and game style that fits your personnel but is adaptive enough to accommodate the future superstar you’re sure is coming.

There are a million and one things that can go wrong along the way, and if more than one or two do, ta da! You’re now the Orlando Magic.

For the Knicks, much of that checklist will be decided in the summer, but some things can only be accomplished during the regular season. Most importantly: the creation of a team identity—one that will either lay the groundwork for future success or crumble like a sinkhole, swallowing up all hope that the coming decade will be any different from the one it followed.

Two popular points of comparison for teams that succeeded in building an identity while being truly terrible are the Sixers and the Nets. Both teams hired coaches empowered with the freedom to experiment, to teach, to mold without having to worry about a giant axe hanging over every loss, and both coaches immediately got to work drilling in three key principles that would get the team ready for the brighter days in years ahead:

The strategy played off the teams’ youth and energy, substituting hustle for skill, and it prepared those who would still be with the team once they got actual, good players (which, granted, wasn’t most of them) to play a modern, selfless offense. Even in the years when shooting a ball into the ocean seemed ambitious for the likes of Jakarr Sampson and Michael Carter-Williams, they were still 11th league-wide in potential assists (per Cleaning the Glass).

David Fizdale came to the Knicks this summer touting a similar ethos. He talked of a defense that got into passing lanes and ran with it and a selfless, ball-movement heavy offense. “In time, people will see that it is a different New York Knicks,” he told The Undefeated.

But for the first half of the season, the team we saw on the court didn’t match that vision. Loaded with one-way players like Tim Hardaway Jr., Trey Burke, and Enes Kanter, the Knicks boasted the third-worst Defensive Rating in the league and the second-lowest potential assists. They had the lowest rate of assisted field goals and the highest rate of unassisted field goals—a testament to the lack of both scoring options and passing discipline. They didn’t defend, didn’t shoot threes, and didn’t push the ball (only 11.4 fast-break points a game, 20th league-wide).

The trade of He Who Shall Not Be Named, along with Hardaway Jr., Burke, and the subsequent release of Enes Kanter, was supposed to free everything up, not just cap-wise, but for the young, hungry guys ready to make a bigger impact.

And in some ways they have. The team may be 3-14 since the trade, but there have been signs of improvement.

You might just have to squint to see them.

Since the All-Star break, the Knicks have jumped from 28th to 20th in Defensive Rating (according to NBA Stats), giving up 110.8 points a game, and in the last five games, that number has dropped to 106.2, good for 6th league-wide. The addition of Dennis Smith Jr. has helped the team push the ball more off of turnovers, though the overall fast-break numbers haven’t changed much, and they’ve upped their amount of points in the paint, offensive rebounds, blocks, and free throw attempts per game.

All of this sounds great, until you realize the one common thread tying all those categories together: the emergence of Mitchell Robinson. Which, don’t get me wrong, has been delightful, but one player’s breakout doesn’t mean that suddenly the team knows what it’s doing.

Right now the two most clear attributes of David Fizdale’s offense are midrange jumpers (seventh on the season in percentage of points coming out of the midrange) and basically a strict isolationist policy for the point guards.

The team in some ways doesn’t seem to realize its own strengths and weaknesses. Despite having the seventh-best three-point percentage in the 10 games since the All-Star break, the Knicks are 25th in attempts. Despite hitting on a worse percentage of long twos than all but five teams, the Knicks are fifth in attempts. Yes, they take the ninth-most point-blank shots—but even though Fizdale was supposed to help the Knicks’ guards figure out how to score at the rim, they’re still the worst team in the league at finishing there.

So what does that leave us with? A team learning to play decent defense (at least by the numbers, and for the most part, only in the 10 games since the break) whose offense is predicated almost exclusively on isolation plays that end either in long twos (which are usually contested) or at the rim (which miss at a league-worst rate).

Smith might be the best point guard the team has seen since—I don’t know, Jason Kidd? But he hasn’t moved the needle in terms of the team’s ball movement, which ranks in the bottom two in assist ratio, assist-to-turnover rate and assist percentage, as it has all season. For a coach who was supposed to modernize the offense, it sure seems like he’s built a team that would feel right at home in the early aughts.

When we were waiting on Porzingis’ return, all the isolations and lack of system seemed less important. After all, how are you supposed to create an offense when the key part is missing? But with that fateful trade, there had to be a recalibration. After all, Steve Mills said it himself to Stephen A. Smith in the summer:

Now Porzingis is gone, and the only magnet is the name value of the city itself. And what has the team done to make itself more of a draw during the worst season in franchise history?

Yes, the defense has improved, but is that because of something Fizdale did, or because Hardaway, Burke, and Kanter’s minutes were replaced by Damyean Dotson, Allonzo Trier, and Robinson? (Not to mention Mitch’s ideal mentor DeAndre Jordan who, even when trying a third of the time, is still a miles better defender than Kanter.)

Like so many aspects of this season, it’ll be hard to know if it really matters until we see what happens in the draft and free agency. If KD and Kyrie come, who cares if you have a disciplined offensive system in place? You’re just going to have to scrap it and draw up something new.

But if they don’t, the lack of progress in that department is going to go under a microscope, and fast. It’s not enough for Fizdale to be a charismatic leader of men. This team needs a mastermind, not a figurehead, if it’s to have any hope of making this awful season mean something in the long run.