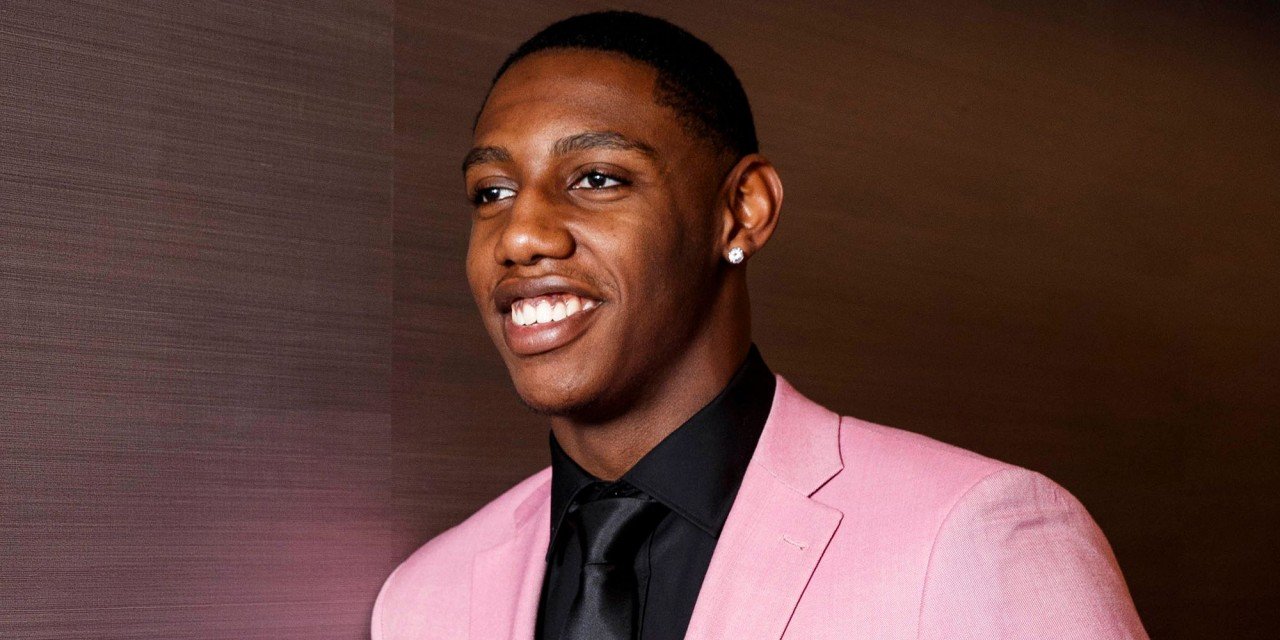 RJ Barrett is the right pick for the New York Knicks, but what comes next is another story for the rebuilding franchise.

A new era has begun.

After all the drama, mock drafts, and secret last-minute workouts, in the end the simplest answer was the correct one.

With the third pick in the NBA draft, the New York Knicks selected R.J. Barrett. The Maple Mamba is on his way to the Mecca with all the expectations of a top-three draft pick, plus the added weight of the title “Savior of New York.”

This is a pick fans should be—and I think are—happy with. Barrett has been preparing for this role since he was a kid. He was groomed by the one and only Steve Nash. He took over the FIBA semi-finals game against a powerhouse USA team and dropped 38 in the win. He led the ACC in scoring playing in front of fans that call themselves “The Cameron Crazies,” so odds are, he’s ready for Knicks fans and the big bad New York Media.

During this draft process, R.J. was by far the most heavily criticized, polarizing prospect of the consensus top five. His flaws were dragged out into the town square, hung up in stocks, and pelted with rotten cabbage and tomatoes. In a way, he acted as a human shield for other high-ceilinged but flawed prospects like Ja Morant, and again, that seems like good training for a Knick-to-be.

Now, some of that criticism is valid, and part of the reason his shortcomings in college stand out so vividly is because of his many talents. His great passing sometimes makes it even more frustrating when he drives into a triple team and throws up a desperate layup. His immense physical tools on the defensive end and competitive fire make it even more obvious when he loses his man off-ball for easy buckets.

But in the end, the strengths are too tantalizing, and the flaws too correctable, to risk passing on a guy who seems to fit the modern NBA to a tee, at least in terms of his innate skillset. I’m relatively sure G League Coach of the Year and noted player development phenom Mike Miller was promoted to assistant coach was with R.J. at least partially in mind. If Miller and Fizdale can get Barrett to open up his vision and commit to defense on every play, he will quickly become one of the better young wings in the NBA. And if Drew Hanlen can smooth out the jumper? Watch out, league.

R.J.’s theoretical fit with Mitchell Robinson and Kevin Knox is also pretty ideal, assuming the defense progresses. As a big guard/wing who wants the ball in his hands, he will open up the floor considerably for Knox to hit catch-and-shoot threes and to attack shifting defenses off the dribble following an Barrett drive-and-kick. Playing with Zion last year means he’s already hyper-aware of alley-oop and dump-off opportunities for Robinson.

One area of concern will be Dennis Smith Jr. Smith has had flashes of competent shooting, and the hope is that his back injury this season is mostly to blame for his atrocious efficiency, but we’ve already seen him balk once when paired with a ball-dominant rookie guard/wing in Luka Doncic. How will he react to being pushed more off-ball? And how will his game respond?

As cold as it may sound, it may not matter all that much. While Smith still has a lot of growth ahead of him, R.J. has to be the number one priority (okay, 1B behind Mitchell Robinson). Scott Perry’s job going forward will be to build a roster around Barrett and Mitchell that compliments their abilities and maintains cap flexibility. It’s not an easy task, but it’s the one that will likely define Perry’s tenure as GM of the Knicks.

Fans have been wanting a front office to believe in since the dark Isiah Thomas days. This is Perry’s chance to reward their faith and patronage.

»READ: Is R.J. Barrett a layup pick for the Knicks?

»READ: The various options for the Knicks on draft night