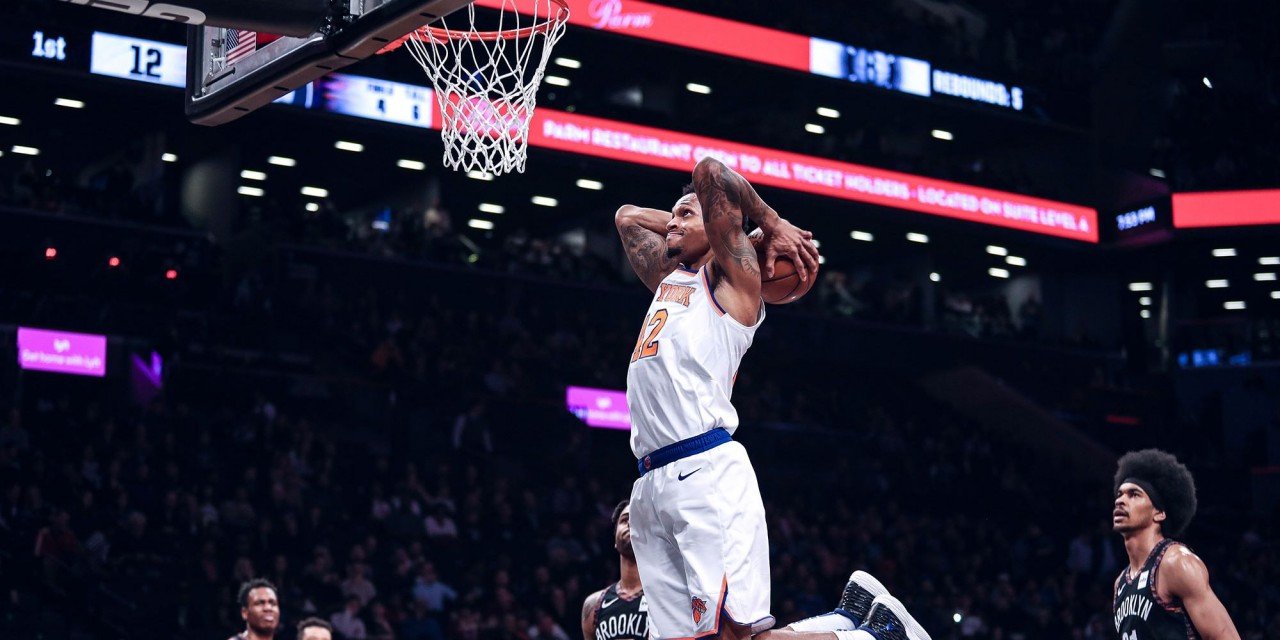 After four-plus seasons with the New York Knicks, 31-year-old forward Lance Thomas has agreed to a deal with the Brooklyn Nets. Rumor of this signing was first reported by SNY’s Ian Begley and confirmed this morning by the New York Daily News‘ Stefan Bondy. Thomas fills Brooklyn’s 20th roster spot, meaning that the Nets are done signing players for now.

Thomas, a Brooklyn native, was traded to New York from the Oklahoma City Thunder in 2015 in the three-team deal that sent J.R. Smith and Iman Shumpert to the Cleveland Cavaliers. He signed a multi-year contract with the Knicks in the ensuing offseason and was waived on June 29th.

Thomas’s five-year stay in New York made him the longest-tenured Knick before being waived. He appeared in just 46 games last season and started in 17 of them, averaging 4.5 points and 2.5 rebounds in 17.7 minutes per game. He missed 19 games due to knee surgery anded racked up 17 healthy DNP’s.

The Nets have a need for Thomas because of Wilson Chandler’s 25-game suspension. Chandler violated the NBA’s performance-enhancing drugs policy when he tested positive for Ipamorelin, which was a part of his treatment for his quad injury.

Although Thomas wasn’t a key contributor on the court, his leadership benefited the Knicks. He was a captain in each of the past two seasons and told Steve Popper of Newsday that he takes on the responsibility of looking after the young guys.

“I know the direction the franchise wants to go in. As a lifelong Knicks fan, I only want success for this organization. I’ve always been a part of things that are bigger than myself. This is one of them. Whatever I personally have to do to make success happen, that’s what I’ll do. Right now, I’m making sure that the young guys just have a winning spirit and play their hearts out every time they go out there.”

Thomas’ role with the Nets will be different from that with the Knicks, as the veteran-laden Nets team is likely to make the playoffs and looks to win a championship. His defense and three-point shooting will help Brooklyn on the court, and his leadership will help Brooklyn in the locker room.

»READ: A brief history of the Knicks-Nets ‘rivalry’