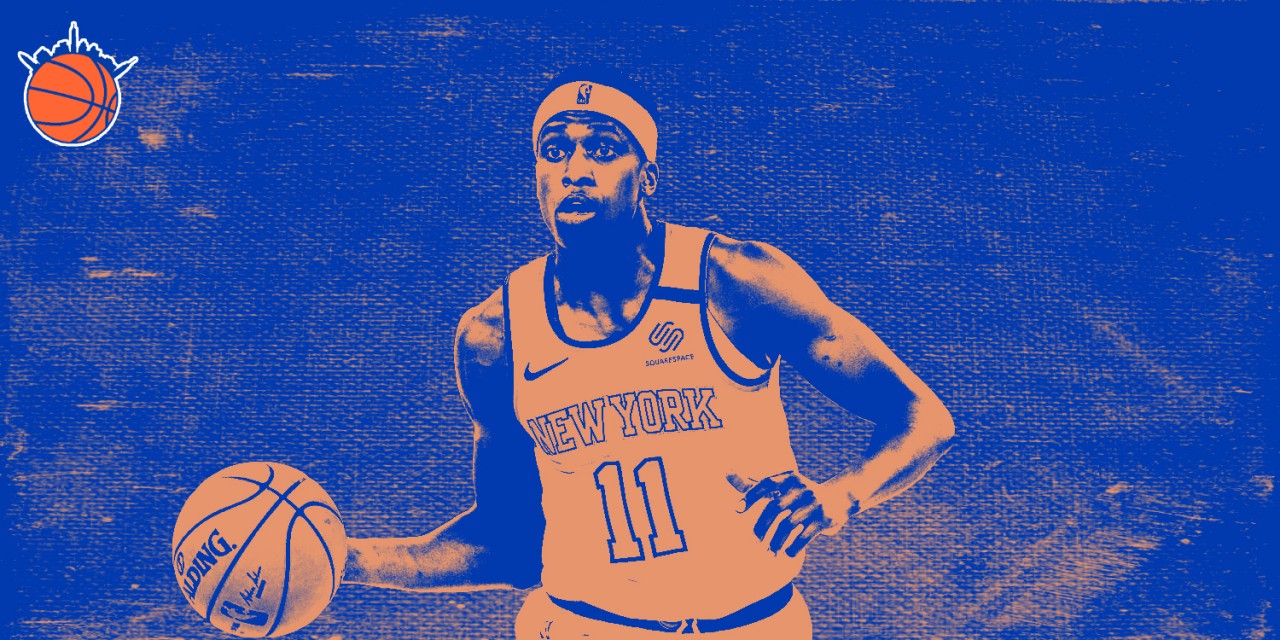 It’s incremental, but Frank Ntilikina showed progress in Year Three. Another present fact is his thriving ability to play off-ball for the Knicks.

With the premature ending to the 2019–20 season, the New York Knicks will miss out on a few last opportunities before heading into the offseason. Being that President Leon Rose will be heading into his first offseason running the Knicks, those 20 games were important for the direction of the team, especially considering that the Knicks were playing well before the season interruption.

One player who was having success was Frank Ntilikina. The third-year guard was moving forward in his career after several stops and starts. Playing primarily the point guard spot, Ntilikina was playing well in the month of March, averaging 9.5 points, 3.2 assists, and 35.0% from three in six games. Not only that, but he built a rapport with rookie guard R.J. Barrett and maintained his strong defense against some of the better guards in the league.

But while his strong play has suggested he has a future in New York, it might be in another role than the one in which Ntilikina has thrived.

Despite two strong months (November and March), Ntilikina still leaves a lot to be desired from a starting point guard, and arguably, a backup point guard as well. Through strong three-point shooting months, Ntilikina is still shooting just 39% from the field. He’s a methodical pick-and-roll creator but lacks the true athleticism to do anything with his size.

Career highs in True Shooting Percentage (49.7%) and assist rate (20.2%) still doesn’t get him out of the basement—88th among 93 ranked point guards—in ESPN’s offensive real plus-minus statistics.

Even with his improvements, Ntilikina still profiles as a bit of a combo guard. In a reserve role, Ntilikina makes more sense as a ball handler, who can also cover for weaker defenders. Thanks to this, Ntilikina has seen time defending positions one through four to success. His defensive versatility could be a weapon off the bench, and if his shooting continues to improve, Ntilikina could profile as a solid 3-and-D win with some creativity as a passer.

The second thing that leads to Ntilikina better off as an off-guard is his shooting profile.

He’s improved as a mid-range shooter, compared to last season (33.5% from mid-range last season), but he’s horrible slightly away from the rim—where his lack of athleticism shows—and above-the-break threes. With the likes of Mitchell Robinson and R.J. Barrett on the floor, the Knicks need to surround them with shooters who can open the floor. Ntilikina does have some upside as a corner three-point shooter, but he’s been below 35.0% on above the break threes in all three of his professional seasons.

What Ntilikina can’t control is the front office’s ability to upgrade at point guard this offseason. With another top-10 pick in the draft, the Knicks could look to use a robust point guard class to find their point guard of the future, or use their status as one of the few teams with cap space this summer to attract a veteran point guard like Miami’s Goran Dragic, Toronto’s Fred VanVleet or Utah’s Mike Conley as a holdover.

It also should be noted that Frank Ntilikina is a former CAA client and speculation has already started on whether that could contribute to his pending departure in the upcoming offseason or not. While one’s agency shouldn’t determine whether a team should trade someone or not, this is the Knicks we’re talking about here.

Regardless, Frank Ntilikina has played another season in a Knicks jersey and continues to make incremental steps forward. It’s clear that the 21-year-old Frenchmen is not done in his development. That said, the Knicks will have a chance to upgrade their point guard position between free agency and the draft, and Ntilikina is another year closer to restricted free agency.

If the goal is to improve quickly—something that could be argued, based on New York’s rumored interest in Chris Paul and Christian Wood—then Ntilikina would be best served as an off-ball option, who can dabble at the point guard spot. Continuing to develop his shooting in a more secondary-playmaker role could result in more corner threes—something in which Ntilikina has had small success.

It remains to be seen whether the Knicks will want to continue to play him at the point guard spot, move him around as they did in previous seasons, or move on after three seasons.