On Frank Ntilikina, Whose Development Is a Test For Everyone — Including Himself 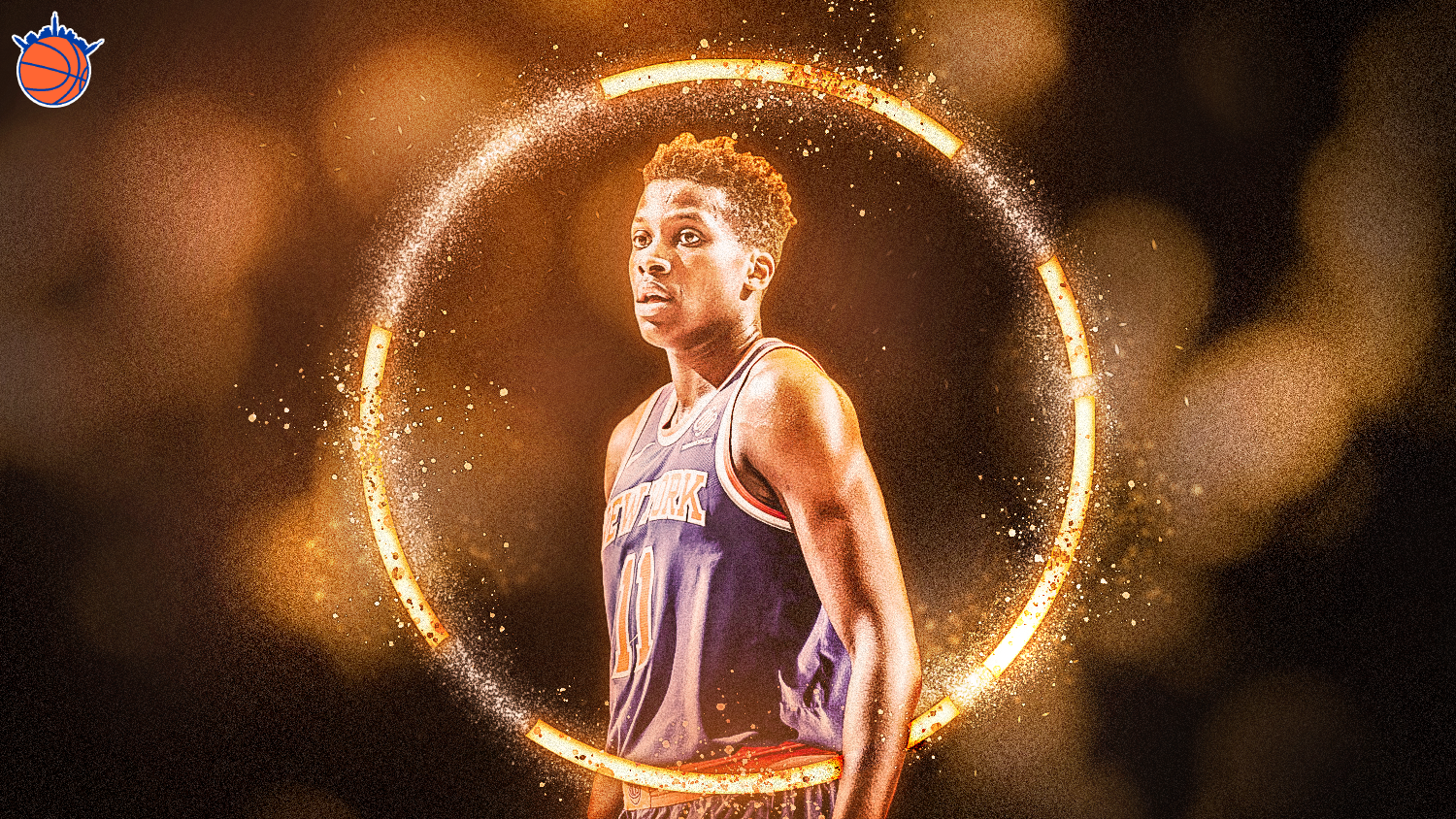 Frank Ntilikina’s breakout game this season further underscored the necessity for patience in the Frenchman’s development. A big payday is on its way…eventually.

Before the season started, David Fizdale was asked about Frank Ntilikina’s role, and more specifically, his position. “I’m just going to let him tell me what that is,” Fizdale answered, putting the onus on the second-year Frenchman. This past Friday against the Warriors, Ntilikina’s first start at the point guard position since he was drafted, he gave his coach something to think about. It was a long time coming for the player that’s still trying to find his path in the NBA.

There is so much to unpack about Frank Ntilikina that it’s often hard to know where to begin. He’s such a different entity compared to practically anyone we’ve seen in the NBA that predictions for his career arc are shots in the dark. Of course, I can wax poetic about his stymied development during his rookie season, his youth, his foreignness, his defensive metrics, or Jeff Hornacek’s “rotations,” but the truth is he’s something we are just not used to: a true project that requires nurturing and development. In many ways, he is a litmus test administered to the Knicks franchise by the basketball gods, a referendum of sorts on their newfound “culture.” Can the fan base that’s been clamoring for a “real rebuild” for so long actually stomach it?

It’s a foreign concept. This is simply not something New York does. This is the franchise of quick fixes and Band-Aids that cover deep wounds. It’s a city that revels in instant gratification. In many ways it’s fan base that likes to think of itself as omnipotent about the minutia of team building and cap space, and is already firmly focused on the end of the rebuild next year with Kevin Durant (Durant is, of course, worth it, but it’s interesting how rapidly fans have gravitated to next year’s free agents).

Furthermore, it’s not like the Knicks are a bastion of player development in the NBA. This is a franchise that hasn’t re-signed a rookie since Charlie Ward in the ’90s. Some may point to Kristaps Porzingis, but ask yourself this: what exactly did the Knicks as an organization do to help Porzingis become who he is today? Was it the four head coaches in as many seasons? The hiring and eventual firing of Phil Jackson, the trade rumors, the revolving door of teammates, the trading of his best friend, or the spat between Carmelo and Phil? Can’t it be argued that KP might be even better had he been drafted somewhere else? KP isn’t blameless in some of the issues, but this is an organization that in many ways couldn’t have made our savior’s tenure any more tumultuous.

Frank now finds himself as the odd stepchild in the midst of a culture rebuild. He was drafted to play the Triangle by Jackson who was fired mere months after. He’s Benjamin Button: a young man with old tendencies dropped at the doorstep of Scott Perry and now David Fizdale (Taraji P. Henson in this long-winded analogy). Any plans for what Jackson wanted or saw in Ntilikina have been long jettisoned, and the Knicks are now making this up as they go along. That may not necessarily be a bad thing for the versatile youngster, but it remains to be seen how it plays out.

Frank’s versatility is magnified by the enigmatic nature of his game. Ntilikina seems to master things that take veterans years to hone (pick-and-roll defense), yet often seems to struggle with basic guard play that most D-I guys do naturally (attacking a mismatch off the dribble). You expect young guards to take ill-advised shots and lapse on defense, but with Frank, you have to practically coerce him into shooting, yet he couldn’t be more willing to defend. This is what makes him unpalatable to so many local fans. He doesn’t look, feel, or play like an NYC point guard “should.” He’s not a dribble-heavy, flashy ball handler fresh off the mid-2000s And-1 circuit. I’m 90 percent sure if you put Frank on Dyckman right now he’d probably look to play team ball and help defense. He plays within his limits, sometimes to a fault. In fact, Frank doesn’t look like anyone from any playground, anywhere. Even Frank himself couldn’t give an apt comparison when pushed by Alan Hahn to do so prior to the season.

That said, a recent foray into the ethos of French Basketball development by Vice Sports may offer some hints as to what kind of player he will become.

There’s insight to be gleaned from this documentary, a glimpse perhaps into Ntilikina’s current philosophy on the court. What we may deem passive here in the states is considered patient in France. In Europe, the coaches are the stars and the players execute the game plan. The autonomy players are granted here in the states is non-existent. In fact, Frank’s agreeability could be both his greatest skill long-term, but perhaps the biggest hindrance to his short-term progress. Frank’s performances reflect a smart role player on an excellent team that needs a glue guy to fill in the gaps.

Compare this to Kevin Knox. Knox, on the other hand, knows that he needs to get his. Frank gives you the impression he would be happy with a 5/4/1 in the box score if it meant the Knicks won. Knox, on the other hand, wouldn’t likely have the same reaction. It’s not a knock against any of them per se, just a difference in mentality. Fizdale will have to continue to push Frank out of his comfort zone. If he can learn to balance that duality, the Knicks are going to have a very solid player on their hands.

So while we’re all trying to figure Frank out, it’s important to remember he’s still in the process doing that himself. And now that it does seem he might lock down a specific role for the foreseeable future, it’s imperative he’s allowed the chance to fail hard and well. You don’t draft a project to expect instant results. His compatriot Tony Parker alluded to this last season when the Knicks played the Spurs. “I think he’s got all the right stuff,” he said. “I don’t know if New York will be patient.” But if the recent Warriors matchup proved anything, it’s that you don’t give up on prospects that are hard workers willing to learn and eager to please.

Those aren’t the guys on the outskirts of a franchise. Those are the backs upon which you build your culture.