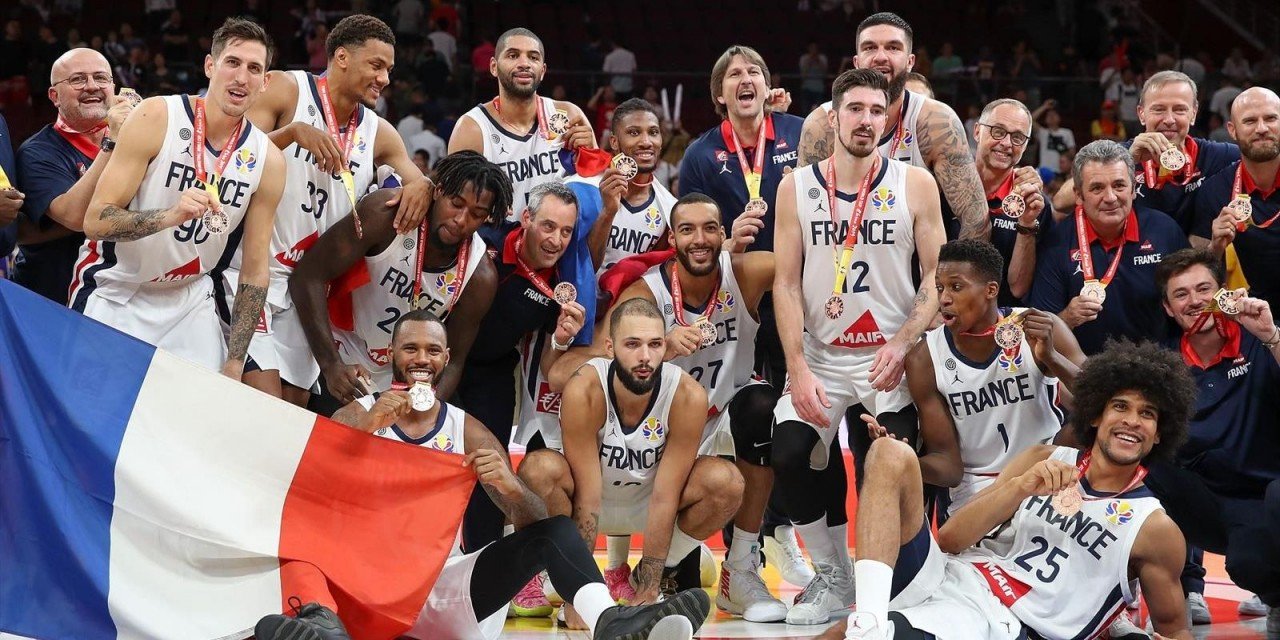 Frank Ntilikina and France finished third at the 2019 FIBA World Cup, defeating Australia in the bronze medal round on Sunday.

After bouncing the United States in the quarter-finals round of the 2019 FIBA World Cup in China, France went on to lose to finalist Argentina in the semi-finals, despite the strong efforts from New York Knicks guard Frank Ntilikina. In the consolation third-place game against Australia, Ntilikina and France defeated Andrew Bogut and Boomers 67-59, earning bronze.

The World Cup saw an overall positive performance from the 21-year-old position-less Ntilikina, who thrived moving the ball for France and coming in as a key defender and ball-stopper for his country. While the “French Prince” only scored two points in 16 minutes in the bronze medal game—adding four rebounds and two assists—Ntilikina had a huge impact on France’s previous two bouts, the losing effort against Argentina and the upset over the Americans.

Ntilikina led France in scoring against Luis Scola and Argentina, tying Orlando Magic guard Evan Fournier’s 16 points, while shooting an efficient 7-of-12 from the field and dishing out two assists in 21 minutes.

Against the U.S., Ntilikina served his best revenge facing the ragtag American squad coached by Gregg Popovich, which was heavily criticized over the summer for the large number of big-name drop-outs instead of participants signing up for the September sojourn to East Asia for the second most important international basketball competition behind the Olympics.

In France’s 10-point quarter-finals victory over Team USA, Ntilikina contributed 11 points and three assists in 25 minutes but more importantly providing the impetus for the Frenchmen’s fourth-quarter comeback and run to trample the Americans. Ntilikina essentially stopped Kemba Walker in his tracks before hitting a step-back three-pointer sealing the game and mounting a 20-plus-point run over the U.S.’s single-point stretch in the final five or minutes.

Ntilikina says "I'm healthy again" and that "I just have that feeling back" after getting through eight games "in a very short period." As for the Knicks, Frankie says the "whole group is very hungry for next season."

“I feel their support every day,” Ntilikina said, grinning, to Stein as he was posed about fans expressing encouragement to his World Cup efforts for France.

The young Knicks guard also, obviously, shared his country’s accomplishment on social media, tweeting and posting on Instagram a selfie of himself holding the bronze medal and captioning how he is “proud” to earn the medal with his team.

The Knicks start training camp at the end of the month, marking the unofficial start of the 2019–20 NBA season, where they will compete in four preseason games in October. Those games may give clarity into the role second-year head coach David Fizdale believes Ntilikina can achieve, as the third-year guard often slipped from his rotation prior to health issues, which derailed long stretches of Ntilikina’s sophomore season.

With their finish, France qualifies for the 2020 Summer Olympics in Tokyo, Japan—as does the U.S. in spite of their seventh-place finish.

Spain defeated Argentina 95-75 to win the World Cup on Sunday.

The article was updated with the result of the Spain-Argentina finish.