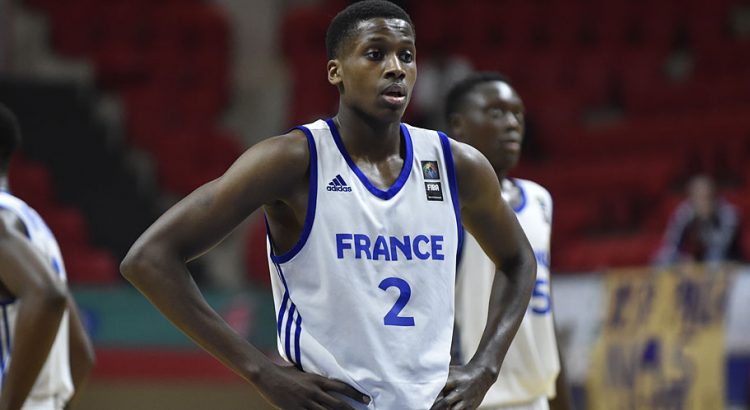 The duality in background stories for so many players around the world leads to an uproar in many countries. How does Frank Ntilikina tie into this phenomenon?

Frank Ntilikina has understandably enjoyed his countrymen’s success so far in the 2018 Soccer World Cup in Russia. France have reached the semi-final of the tournament and will play neighbors Belgium in a mouth-watering match-up for a place in the final. Interestingly, Ntilikina’s connections to a lot of the French soccer squad go beyond merely representing “Les Bleus” as fellow professional athletes.

In 1993, five years before Frank Ntilikina was born, his mother, Jacqueline, and two elder brothers, Brice and Yves, fled a horrific civil war in Rwanda and settled in Belgium. Here, in 1998, Frank was born. When he was three years old, he and his family moved to Strasbourg in France where he would stay until he was drafted into the NBA by the New York Knicks at 18 years old.

Ntilikina is one of the best young European basketball prospects in the world, but his journey to stardom, his African descent, and his European upbringing is far from unique for athletes in France and many countries in Europe. 15 of the 23-player French squad boasting African ancestry from countries all across the continent.

Perhaps the pick of the current French national side with one foot in the World Cup Final is Kylian Mbappé, a 19-year-old striker who has electrified the tournament and burst onto the international stage over the last few weeks. Mbappé born in France to a Cameroonian father and an Algerian mother.

For many pundits, France are the favourites to lift the trophy in Moscow, but in recent years the national side has faced numerous controversies centered around the multi-national background (essentially, the African ancestry) of many on the national team. Often, when the side is struggling to deliver on the pitch, questions arise as to the assimilation within the team, and France in general, where like much of Europe support for racist populism has been growing recently.

At the 2010 World Cup, a number of the French players with African roots—such as then Captain Patrice Evra—were accused by some on the political right of shunning their French identity by refusing to sing the national anthem. Subsequently, in 2011, it was suggested that players with dual-nationality were capped in each country’s youth academies at 30 percent. In the build-up to this World Cup, Karim Benzema—a French striker of Algerian origin—argued that he was left out of the team that traveled to Russia because selectors were, “bowing down to racists”.

Soccer is the first, second, and third sport in much of Europe, and as such, an all-encompassing part of national culture in countries like France. Whilst controversies fueled by right-wing populist sentiment grab the headlines, the dominant reaction to the backgrounds of players like Mbappé, Lukaku, and Ntilikina should be one of unmitigated celebration. Celebration of the their African ancestries, their representation of a modern and multicultural society, and of their athletic excellence.

You cannot separate the success of Frank Ntilikina from the story of Frank Ntilikina. His mother’s journey to escape the Rwandan Genocide in the early 1990’s—a barbaric conflict in which an estimated one million people were murdered—in order to protect her family has undoubtedly shaped the humble, hard-working, and driven player New York City now calls its own.

For Knicks fans, knowing Ntilikina’s story surely only strengthens the attachment and deepens the appreciation of Frank’s journey as a person and a player. It contextualizes the latest summer of work spent on a shaky handle and an inconsistent jump shot, and further invests us in this kid’s development (as if we needed any more reasons to root for him). I, like many slightly sad and basketball starved Knick fanatics, have gotten way too much pleasure out of a slight uptick of ball-in-hand offensive aggressiveness by the French Prince in the last two semi-meaningless summer league games.

An awareness of the recent history and attitudes towards athletes with African ancestry in Europe (France specifically) helps us as New York Knick fans to better understand the national context that Ntilikina grew up in and will face for the rest of his international career. This appreciation of Frank’s backstory, in turn, might just make you cheer a little louder and appreciate a little more the performances of players like Mbappé and Lukaku, because unfortunately not everyone will be cheering these guys on.