Frank Ntilikina Has Successfully Capitalized on His Opportunity 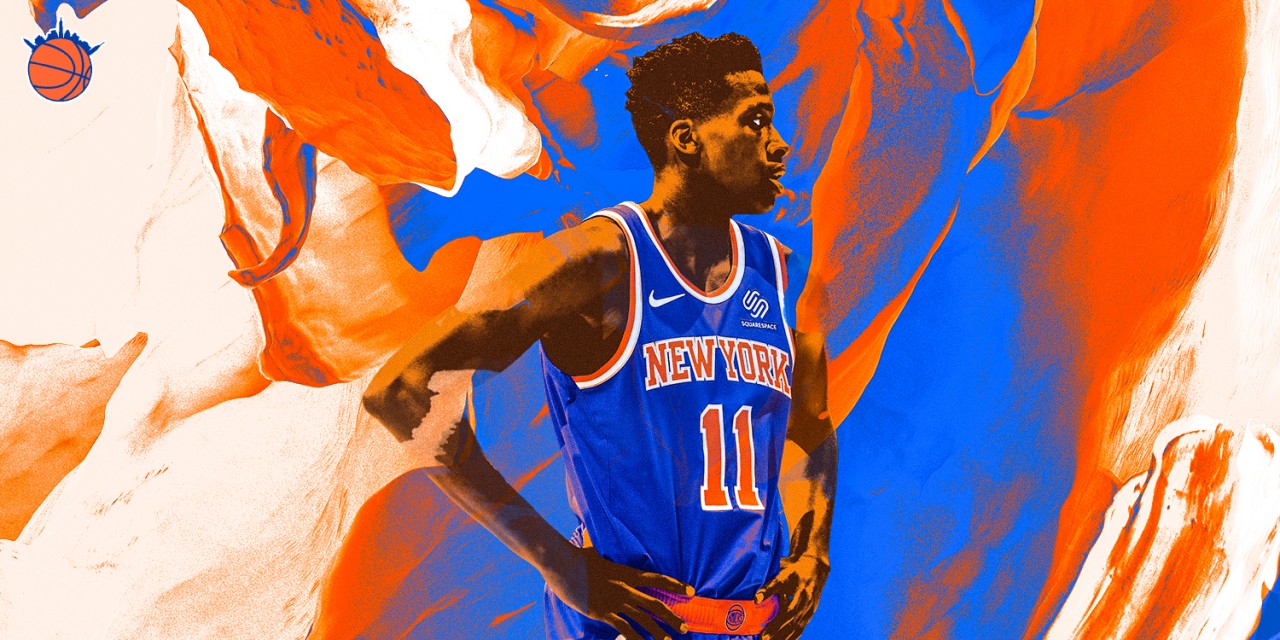 Third-year Knicks point guard Frank Ntilikina has made the most of his opportunity to start these past dozen games, signaling a pivot in his career.

What a difference a year makes. This time last season Frank Ntilikina was stuck in the depths of David Fizdale’s doghouse, starving for minutes. Today, he is averaging the fourth-most minutes per game on the team (26.9), is a clear cog in Fizdale’s rotation, and someone vets like Marcus Morris have embraced as their point guard.

If you had to pinpoint the moment Ntilikina officially marked his territory, it would be his two performances versus former teammate, and public enemy number one, Kristaps Porzingis, and the Dallas Mavericks.

In the first game at Dallas, Ntilikina had the best game of his career. He led the Knicks to their most impressive victory of the season with stat-stuffing line of 14 points, six rebounds, four assists, four steals, three blocks, and one attempted murder of Porzingis.

It was a peek at what peak Frank could look like.

As glorious as that first game was, it was the second meeting six days later, at Madison Square Garden, that cemented his place with the starters. It was a must-win game for the Knicks given the emotion in the building, and while Ntilikina did not post another gaudy line, he excelled at the small things.

His defense was fantastic; he once again frustrated MVP candidate Luka Doncic, who had more turnovers (seven) than field goals made (six) when guarded by Ntilikina. He put the Mavericks in what TNT announcer Kevin Harlan called “the torture chamber,” causing mayhem that doesn’t pop up in the box score but certainly propelled his squad to victory.

Ntilikina finished with just one steal on the night, but as the clips above show, he was a thorn in the Mavs’ side. Offensively he did not shoot the ball a whole lot, just four attempts, making one three-pointer, and tallied just five points. The last two points were crucial, however, as it was Ntilikina who iced the game from the charity stripe.

After the game he delved into the mentality he has clutched this season:

Embracing his inner “dog” is what has Ntilikina excelling as a starter. This is a different Frank Ntilikina we are seeing, and for his loyal supporters it is the player they promised he would be.

To properly assess the value he brings, you have to look beyond the box score. It sounds like a cop out, sure, but that doesn’t make it any less true.

For instance, on the surface his per game averages as a starter are mundane—7.9 points, 4.3 assists, 2.8 rebounds, and 2.1 steals. However, dig a little and you will find that he has shot well from the free throw line (76.5%) and considerably improved his overall shooting numbers. He is shooting 41.2% from the field and 35.3% from three, up noticeably from his icy career percentages of 35.7 and 30.7, respectively.

The Knicks have been demonstrably better when he is on the floor, not just defensively but also offensively. Typically known for his defensive prowess, Ntilikina has been able to remain a plus-defender while growing into a positive on offense. The current starting lineup, comprised of Ntilikina and fellow defensive minded player Taj Gibson, sport a solid 111.7 Offensive Rating. That is the eighth-best in the league for lineups that have played at least 100 minutes together.

In his first two seasons, and especially last season, Ntilikina was a black hole offensively, barely shooting, and when he did shoot, not making many.

There are three key contributors to his turnaround: confidence in offensive game, continued above-average defense, and most importantly, consistent playing time.

Patience is a tough skill to master, particularly in New York, but for the crowd that remained patient with Ntilikina’s development on offense, the returns are starting to come back.

The FIBA World Cup might have been the powder keg to get Ntilikina going. Since then he has looked like a man with a purpose, a stark contrast to the deer in the headlights vibe he gave off last season. This season, he’s got some swag to his game.

Frank off to the hot start! pic.twitter.com/7oYhtf26jj

His points per game will never creep near the 20’s, and are still not where they will settle during his prime years, but he has taken a crucial step in the right direction. Ntilikina has begun to attack the paint when the opportunity presents itself.

For example, last year he would pull this back out and reset into the halfcourt.

FRANK ATTACKING DOWNHILL
INJECT THIS IN MY VEINS pic.twitter.com/2gv6IZGstj

On a team with strong halfcourt offense it isn’t the worst thing in the world. The Knicks do not have a strong halfcourt scoring team, so easy points like this should be their bread and butter, which is why it is crucial that in addition to grabbing a rebound and going, Ntilikina can go coast to coast.

He is also growing his shot selection. The pull up below the free throw line is rapidly becoming his go-to shot to get going.

It is a shot he has practiced as far back as his pre-draft runs at Black Ops, but is finally going to it consistently, which allows him to mix it up with Clyde-esque remixes like this:

As comfortable as he is in the midrange, his shots should come from more modern spaces, at the rim, and from deep. In his first start of the season against the Boston Celtics, Ntilikina occupied the exact spot beyond the arc where he can become a strong shooter, the corners.

Kevin “Suddenly a dimer” Knox with the kickout to Frank in the corner! pic.twitter.com/xsB6z1O0GE

The best part of his play on offense has been his ball security. Ntilikina is averaging 1.0 turnover per game, and over his last two games hasn’t turned the ball over once.

Ntilikina currently ranks seventh in the league in assist-to-turnover ratio at 3.35, and became the youngest player to record nine points, nine assists, six steals, and zero turnovers in a sterling performance against the Spurs.

The one gripe one could have is the pace the starting unit is currently playing at. At the moment that number sits at 99.41, but it is more reflective of the iso-heavy play of Morris and Julius Randle than an indictment of Ntilikina’s floor general capability. There seems to be a mutual confidence between Ntilikina and his teammates that he is their general.

Ntilikina remains a dog on defense, a skill that will always be his strong suit. Fizdale has finally unleashed the Frenchman to take on tough assignments like Luka Doncic, and his third year guard has repaid that confidence with production.

He is sporting a career-high 3.0 steal percentage, per Basketball-Reference, and already has 26 steals on the season, four shy of his prior season total.

Against the Spurs Ntilikina showcased a variety of pickpocketing techniques.

He channeled his inner Pablo Prigioni.

I am officially convinced that Frank would be a shutdown corner in the NFL pic.twitter.com/BwPOFilQ4F

Cut through the passing line for an easy finish on the other end.

Frank with the pick-six and SLAM for his 5th steal pic.twitter.com/84rKlAMO4Y

And simply suffocated his opponent, not allowing screens to deter him.

The uber aggressiveness has not caused much of an uptick in personal fouls either. His 2.7 fouls per game is a career-high, but it’s a marginal rise from his 2.4 career average. Simply put, Ntilikina remains the best perimeter defender in New York and continues to grow into someone who should have All-Defense honors in his future.

If you had to rank the top three factors to Ntilikina’s strong start, consistent minutes would be the distant leader. Last season and even the season before that under Jeff Hornacek, it felt like Ntilikina was looking over his shoulder after every mistake. Given the circumstances in which he was finally given major minutes, this problem was nonexistent.

Being allowed to make mistakes is something Fizdale allowed Knox to do last season, but had a shorter leash with Ntilikina. The streak of DNPs last season stifled development as much as playing him at small forward.

This season was off to a similar start, with Ntilikina receiving a grand total of three minutes and twelve seconds of court time in the first three games. It took extended absences from Elfrid Payton and Dennis Smith Jr. to get Fizdale to give Ntilikina a shot, and even then he tried Barrett out at point guard first.

But that is water under the bridge. Fizdale, and the rest of us, now know what Ntilikina is capable of when given the proper time to shine. He has proven that he not only deserves consistent minutes moving forward, but perhaps the starting job too.