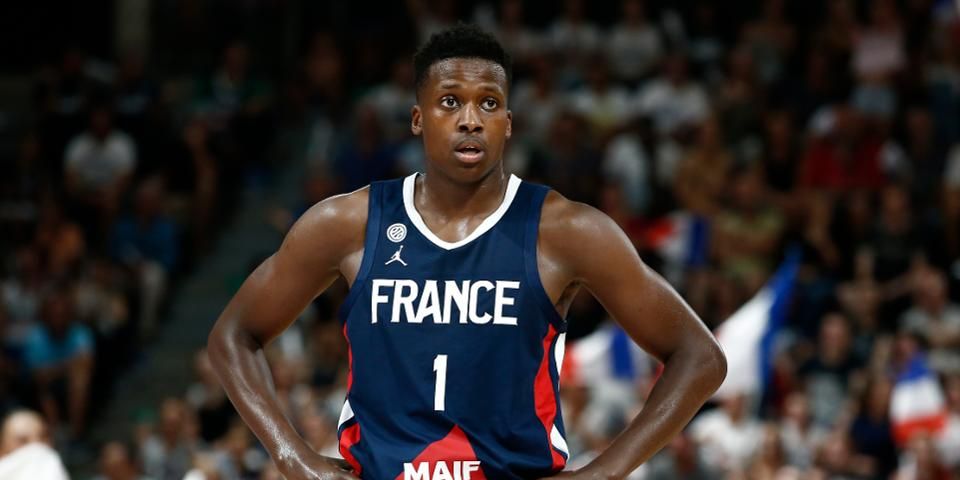 Frank Ntilikina had a memorable performance for France, defeating Kemba Walker and Team USA in the FIBA World Cup quarter-finals.

Maligned third-year New York Knicks point guard Frank Ntilikina put together one of the best performances of his career on Wednesday morning. Ntilikina has already had a strong showing in the World Cup, but facing Team USA is a test unlike any other.

Judgement day, litmus test, whatever you want to call it, Ntilikina aced it.

In 25 minutes of action, he scored 11 points on 5-of-9 shooting (55.6%) to go along with three assists, one rebounds, and one steal. Sure, the numbers don’t pop off the box score—although his +22 certainly should. It’s how and when Ntilikina made plays that should get Knicks fans amped.

Ntilikina’s confidence today was outstanding. On the Knicks, it’s like an imaginary force field stops him; today that was not the case. He drove with little hesitation—and you won’t believe this, but the results were good.

Frank to the rack on Team USA ? pic.twitter.com/mhryoWYtt6

Frankie Scoops off the glass pic.twitter.com/Qmoma2qfE2

Ntilikina’s fourth-quarter performance should be edited and sent to Scott Perry, Steve Mills, and put on the biggest screen possible for David Fizdale. Frank re-entered the game with 8:11 left and France down 72-65. He started off with a pair of assists. He then drove to the rim—again with confidence—to cut the French deficit to 74-71.

He shut down new Boston Celtics guard Kemba Walker on the other end, came back down and drilled a three-pointer to tie the game at 76. Again, notice the lack of hesitation.

#FIBAFRANK shut down Kemba on the defensive end, came right down and drills a a three ? ?? pic.twitter.com/NlFr9uWa6x

Finally, he hit the biggest shot of his super young career. With the shot clock running out he hit a step back—against the step back king himself, Kemba—to extend the lead to 82-76, unofficially sealing the upset.

For Ntilikina supporters, this was a vindication performance. For his haters, maybe this is a wake up call that a 21-year-old who can guard 1-4 might not be a bust after all.

And to Fizdale, Perry, and the rest of the Knicks brass: please, please, please find a role for him. Where he fits in may still be in question, but one answer has become clear: Frank Ntilikina ain’t no bust.

»READ: How can Frank Ntilikina crack the Knicks’ rotation