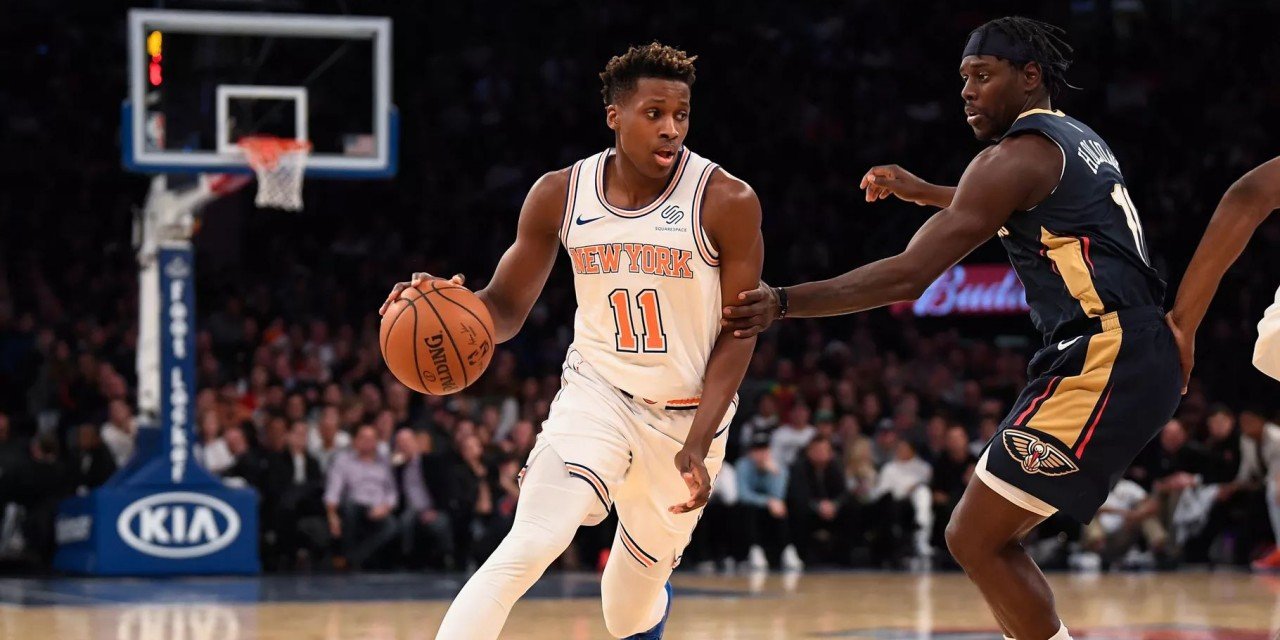 Conflicting reports agree that Frank Ntilikina has changed representation but clash on whether the 20-year-old wants to be traded or not. What is Ntilikina worth on the trade market?

The Frank Ntilikina era appears to be coming to an end sooner rather than later.

According to the New York Daily News’ Stefan Bondy, Ntilikina switched agencies, dropping CAA for French agent Bouna Ndiaye, in light of the 20-year-old not being traded at the February trade deadline. Ntilikina has been in serious trade rumors for most of his two seasons as a member of the Knicks and has found himself stuck to the bench in favor of Emmanuel Mudiay last season.

It’s been a long time coming for Ntilikina and comes at a point where he might actually be a quality fit to the roster. Despite being inept offensively, his defensive abilities shined through his first two seasons. Thanks to his defensive versatility, Ntilikina would be a welcomed addition to several teams.

But the twist and turns continue in the Ntilikina saga. After Bondy reported the second-year Frenchmen looked to be traded, SNY reported that Ntilikina doesn’t want to leave New York and is “extremely happy to be a part of the Knicks.” In spite of Frank’s desires, multiple reports suggest the Knicks seem destined to move their former 2017 lottery pick.

Per Marc Berman of the New York Post, Ntilikina’s management switch does not have to with trade status. “Frank is extremely happy to be part of the Knicks,” Ndiaye told Berman.

What could the New York Knicks get back in a trade for Frank Ntilikina?

It’s tough to see an exact fit for Ntilikina for one reason: his contract. At $4.8 million next season, he’s a reclamation project at a hefty price tag. It will almost certainly push teams away from acquiring him, and it’s why New York is looking for a “late first-round pick to an early second-round pick” for their former lottery selection.

If New York does get a first-round pick for Ntilikina, the Golden State Warriors seem like a keen fit. Absent of the Kevin Durant dilemma, the Warriors could use some more young talent as they move into the lean years of their dynasty. Ntilikina would be a welcomed fit as a ball-handler and defender, which is a fine return for the 28th overall pick.

Move to the second round and New York should have more suitors. Phoenix (32nd overall), Atlanta (35th), and Chicago (38th) all make sense. Somehow convincing Atlanta to offer two of their three-second rounders—35th, 41st, and 44th overall—would be a dream. Anywhere between 32 and 40 makes sense for New York in exchange for Ntilikina.

Another trade that makes sense? Ntilikina to Phoenix for Milwaukee’s first-round pick. The pick is top-seven protected next year, which means New York would acquire it unless disaster struck the Bucks. It would ultimately allow New York to handle offseason business, between free agency and trades, and keep another cheap asset in tow to build for the future.

It feels like New York and Frank Ntilikina have been on a road to divorce ever since Frank’s DNP in the Christmas Day game. Now, as New York moves into an important offseason, trading Ntilikina appears to be a starting point. Whether they get the asset they want remains to be seen.

This story is still developing and will be updated to reflect new information.

»READ: What if the Knicks never drafted Frank Ntilikina in 2017?