Frank Ntilikina: Will He Stay or Will He Go? 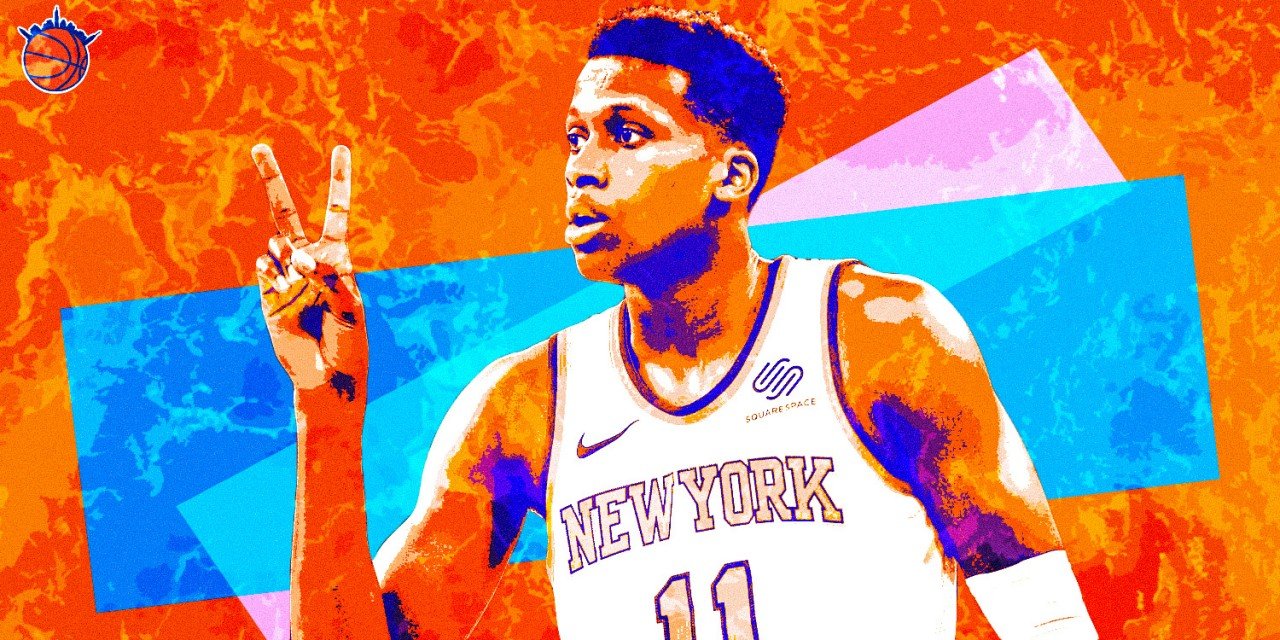 Tackling the ever-burning Frank Ntilikina question for the Knicks, on his future with the team and in the league with possible landing spots.

Ever since being selected eighth overall in the 2017 NBA Draft, 6-foot-6 point guard Frank Ntilikina has been one of the most widely discussed and debated Knicks topics out there. Ntilikina, still only 21, has underachieved in New York, proving to be a relatively ineffective shooter and a timid, limited offensive player. His defense is a plus, but does it move the needle enough at this point to justify the Knicks using a top-1o pick on him?

Recently, Ntilikina has been trending due to the fact that he played for the French national team during the 2019 FIBA World Cup. Despite France’s 80-66 semi-final loss Friday to Argentina, Ntilikina opened some eyes with his impressive play on both ends of the floor. He exuded a lot more confidence than we’ve seen in his two seasons as a Knick, while averaging 8.9 points per game on nearly 48% from the field, per ESPN Stats. France, along with Ntilikina, would win bronze at the World Cup, defeating Australia on Sunday.

With his stock trending upwards, it’s important for the French Prince to ride this momentum into the NBA season and take a quantum leap in year three⁠—or else he might be saying au revoir to New York City.

Frank has people who will put their credibility on the line to go to bat for him, and on the flip side, people who rip him constantly and label him a bust. Those who stan Ntilikina will pull any outlandish statistic out and try to convince everyone he’s actually a great player, or pinpoint one positive moment and run with that in their argument. Those who aren’t high on Ntilikina have been advocating him for be traded or cut, and don’t see any upside in his game.

Ntilikina, based on his age, does still have a lot of time to figure it out and mold himself into a quality player. By all accounts, Frank is a very nice guy and a beloved teammate, but we haven’t seen much improvement, or reason to believe that he could pop off this year and finally make a significant impact on the team.

It is so easy to selectively take clips from his performances and boast about how he made a good play or played lockdown defense, but it is important to factor in his body of work, and consider the fact that he hasn’t consistently been good since he was drafted. A good performance in the FIBA World Cup does carry some weight, but the level of competition he faced consisted of mostly non-NBA level players.

Some believe that this season is his last chance to show the Knicks that he can be a consistent and productive part of the future for a team looking to build a young and competitive product. Frank is on the outside looking in at this point, and doesn’t have a bright future with the Knicks, especially with the dynamic and more talented Dennis Smith Jr. and veteran Elfrid Payton ahead of him in the pecking order.

The Knicks, as recently as draft night and last season’s trade deadline, have made some phone calls gaging interest from other teams regarding Ntilikina. Teams like the Atlanta Hawks, Orlando Magic, Phoenix Suns, and Memphis Grizzlies were all somewhat interested in Ntilikina, but ultimately a deal never materialized.

If there’s one argument that can be made in the defense of Ntilikina, it’s that he wasn’t given enough of an opportunity to showcase his abilities after being limited by some nagging injuries and having his minutes cut in favor of others.

If Frank is going to be traded, however, the best case scenario is for him is to go a small market organization like the teams mentioned above, where he will likely get more time on the floor and can focus on developing without all of the pressure of playing in the Big Apple. Taking a flyer on the 21-year-old would make sense for many lottery teams out there who believe he just needs a change of scenery to prosper in the NBA.

It’s hard to see Ntilikina getting any minutes on a contending team, so if the Knicks do decide to move on from him, for his sake hopefully his next team can get him some exposure.

What the Knicks could possible secure in return for a Frank Ntilikina trade isn’t going to be substantial but could potentially add to their draft capital over the next few years. This regime has proven to have found some good players in the second round over the past couple drafts, so having an additional second-round pick could turn out to be a plus for the Knicks.

Unless Ntilikina absolutely goes off this year or a team makes a ludicrous offer, don’t expect anything higher than a late first- or second-round pick in exchange for the Frenchman. Sure, trading a former eighth-overall selection for a late draft slot isn’t ideal, but with Frank performing relatively poorly thus far, that’s probably the best the Knicks could recoup.