Get By With a Little Help From My Friends: On Role Players in the Playoffs 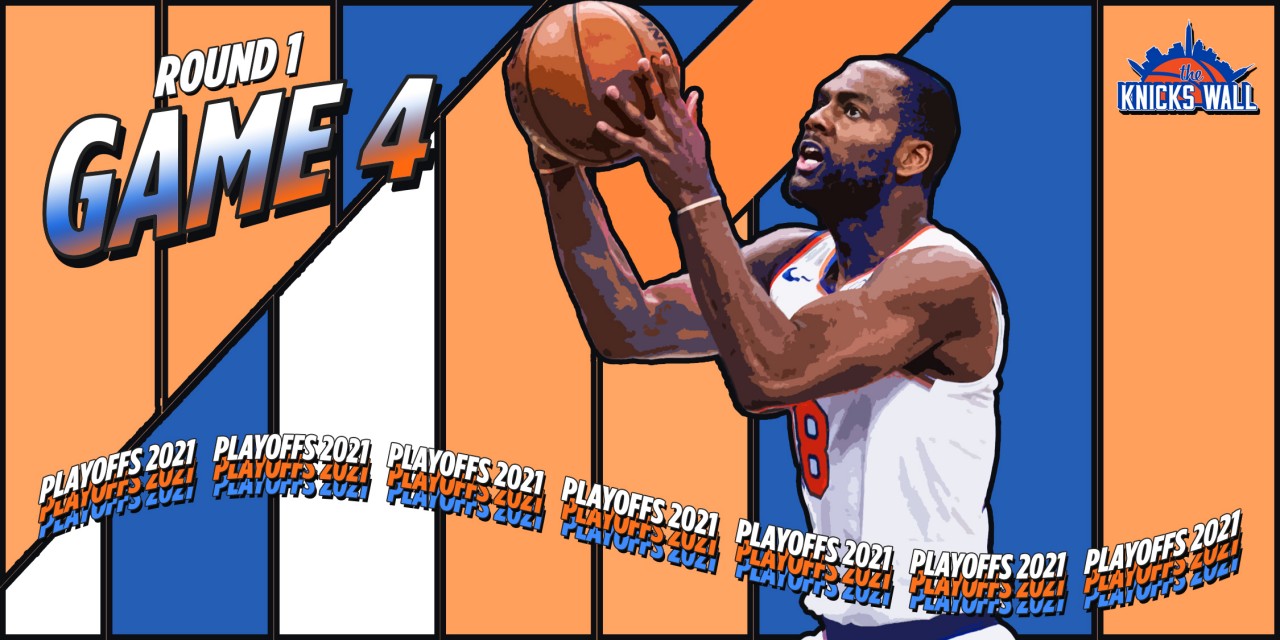 Julius Randle and RJ Barrett finally showed life in the Game 4 blowout, and now it’s time for the Knicks’ role players to make an appearance in the dangerous Game 5.

I don’t need to tell you that the New York Knicks are down 3-1 to Trae Young and his Atlanta Hawks. If you’re reading this post, you’re either my mother (hi Mom!) who doesn’t really care but wants to be supportive, or you’ve already pulled your hair out multiple times over the course of the last week and a half, cursed your television and the basketball gods alike, and maybe even checked the Twitter status of Luca Vildoza and Mitchell Robinson for even the smallest glimmer of hope of the cavalry riding in like Gandalf reaching Helm’s Deep at first light on the fifth day.

If the latter sounds applicable to you, it’s for a good reason: because you, wise soul that you are, understand how important it is to the success of a playoff team for the team’s non-stars to perform at a high level, and you see how lacking that has been throughout this series.

Now, “stars” is a somewhat nebulous concept, one that can be massaged and gerrymandered to fit our purposes when needed and often with great pushback and debate from others. So for simplicity’s sake, let’s just assume in this piece that when talking about stars, I’m referring to the three best players on the team: Julius Randle, R.J. Barrett, and yes, the newcomer to the starting lineup, Derrick Rose.

It’s no secret that Barrett and Randle have struggled all series. Barrett, a 40% shooter from three on the season, is just 6-for-22 in this series. Randle, a 41% shooter from three, is 8-for-24. Both players have historically been known to be poor or below-average shooters, so those season numbers seemed due for regression at some point, but the way they’ve been missing, especially Barrett, who mostly gets open looks, has been startling. Barrett is shooting 26.3% on catch-and-shoot threes this series (compared to 41% for the season) and 27.3% on shots categorized as “wide open” by NBA.com (compared to 42% on the regular season).

All of which is why it’s so crucial for the players around those big three to step up now, in the moment of greatest need. The best example of this is also the most recent. Barrett and Randle both had slight bounce-back performances in Game 4: they each had their first 20-point playoff performances, and even though Rose cooled off a bit, he still had a good game of 18 points and six assists. And still, Atlanta blew the absolute roof off the game.

Nonetheless, the Knicks’ biggest strength offensively during the regular season was their well-rounded contributions from the guys who weren’t necessarily the biggest names or talents. They had seven guys averaging double-digit scoring numbers and nine guys shooting better than league average from three (granted two of those were Frank Ntilikina and Kevin Knox, who only saw the court in garbage time). With one of the seven double-digit scorers excised from the rotation in Elfrid Payton, the Knicks desperately needed the others to step up.

But outside of a Game 1 Alec Burks explosion that almost single-handedly won them the game and some Game 2 clutch shooting from Reggie Bullock, the opposite has been true. Since his big playoff debut, Burks is averaging barely over 10 points a night on 30% shooting from the field and 25% from three. Bullock hasn’t hit a three in two of their four games and played 33 playoff minutes in Game 4 without registering a point. Sure, he was guarding Trae Young for the most part, but given how crucial Bullock splashing threes was to the Knicks throughout the year, if he can’t contribute on the offensive end, it makes life harder on everyone else.

Maybe the most disappointing has been rookie sensation Immanuel Quickley. After coming out like a house a-fire in his first game, dropping bombs from deep, and generally energizing the team with his exuberant play, Quickley has been practically invisible in the three games that followed. He’s scored eight points over three games, and, like Bullock, put up the ignominious goose egg in Game 4.

In fact, the only bench player who has performed up to, or even over, expectations, is Obi Toppin. The rook, who struggled to find a rhythm and confidence throughout the season, has maybe been the brightest spot for the Knicks outside of Derrick Rose. He was the fourth-highest scorer in Game 4, and his ball-handling and attacking from the perimeter, when he gets up the confidence to actually take it hard, has been refreshing, especially during a time when Randle is oddly unwilling to attack the rim hard.

Much of the debate about moving Rose into the starting lineup stemmed, not from the loss of Payton and his production, but from the question of what would happen if the bench unit, a massive strength of the team all year long, suddenly lost their driving engine. Throughout the last couple of games, that has born out to an extent. Quickley has not been ready to orchestrate an offense and Burks is a slow decision-maker with the ball in his hand. The bench units have lost the pep and verve that they had when Rose, Quickley, and Burks were coming out together to lay waste to second units. If the Knicks are going to get back in this series and help their besieged star, the bench has to discover its mojo.

There are several ways that this can happen, but it will require Tom Thibodeau to show a little flexibility and creativity, which are tall asks of the slow-to-adapt coach.

The first is staggering R.J. Barrett’s minutes to get him more time with the bench and allow him more responsibility as a playmaker. For all of Burks and Quickley’s offensive prowess, neither have a read of the offense that Barrett does, and both function better making quick decisions to either shoot, drive or keep the ball moving. Not to mention the fact that increasing his responsibility and getting him to loosen up could help R.J. discover his confidence to attack Hawks defenders and punish them for being smaller and weaker than him.

Another easy solution: bring back Frank Ntilikina. I know that the French Prince is a bit of a lightning rod among fans, but if there are two things we know, it’s that he can at least bother Young and that he can (sometimes) hit a corner three. At worst, you spell Bullock and give him time to get a little energy back to hit the shots they desperately needed him to hit. At best, you’ve added a new wrinkle that bothers the Hawks’ star and can space the floor on the other end.

Thibs is currently playing a nine-man rotation, and one of the nine (Nerlens Noel) is so banged up that he’s played fewer than 17 minutes in two of the four games. Thibs may be forced to play more small-ball with Toppin and Randle in the frontcourt together. If he wants to keep a defensive presence and maintain shooting, Ntilikina seems like the obvious choice to at least try for a stretch.

An unwillingness or inability to adapt in the playoffs was the lingering legacy of Thibodeau’s time in Minnesota. He has been about as good a regular-season coach as the Knicks could have possibly asked for this year, but the playoffs are a different breed, one that requires creativity, flexibility, and the willingness to make adjustments on the fly. These have never been part of the Thibs credo, but for the Knicks to take Game 5 at home and give themselves a chance to get back into this series against a highly skilled and highly confident Hawks team, he’s going to have to make some choices.

When he does, the role players need to be ready to step up, as they did time and time again during the year. That will allow Randle and Barrett to operate in space, take some of the heavy burdens from them, and force the Hawks’ defense to start making tough choices of their own.

This series isn’t over yet. While 3-1 feels daunting, we’ve seen teams overcome those odds multiple times in the last few years. But it can only happen if everyone works together in the biggest moments. These are the moments that role players are the most important. It’s time for them to step up.

»READ: Flipping the switch on offense paramount to stay in this series for the Knicks