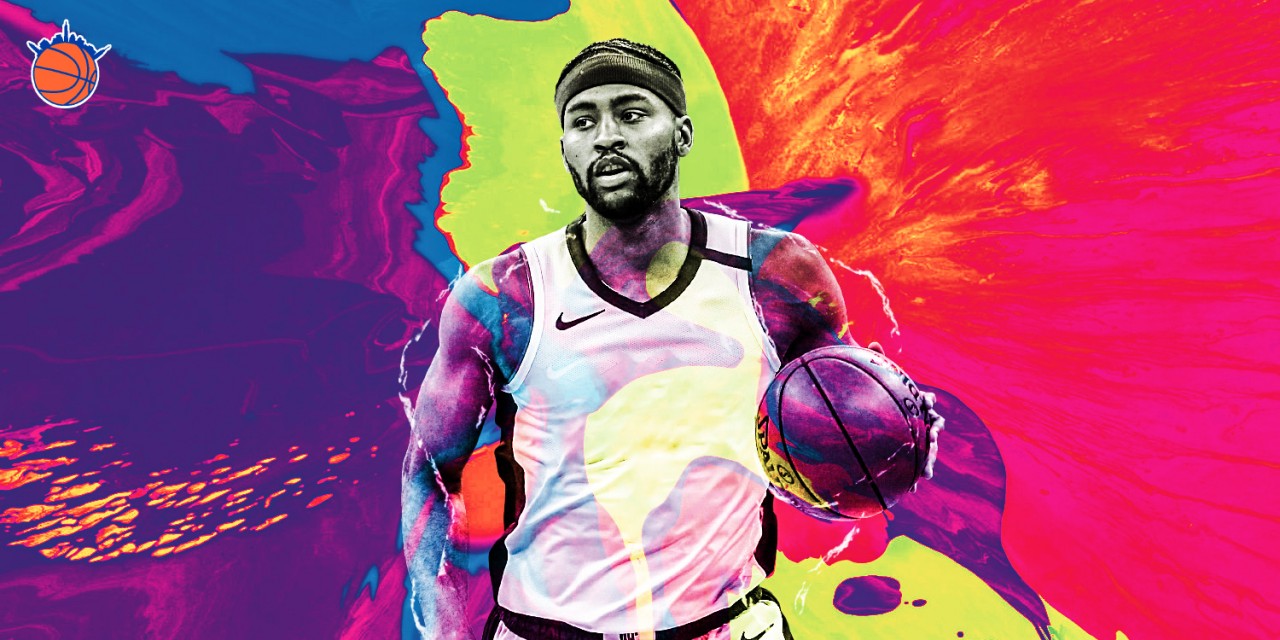 Should the ex-Clippers forward stay in New York for the remainder of the year, the Knicks can expect a passionate and versatile Queens native in Maurice Harkless.

Veteran small forward Maurice Harkless was acquired on last Thursday’s trade deadline from the Los Angeles Clippers in a three-team deal centered around Marcus Morris. Harkless was seen as expendable by the Clippers, who have many talented forwards in their arsenal, like Kawhi Leonard, Paul George, Montrezl Harrell and now the departed Morris.

26-year-old Queens native Maurice Harkless, often referred to as Moe, has been a household name in the New York area college basketball world, playing for St. John’s for one season. In his lone season as a member of the Red Storm, Harkless lead the team in rebounding, blocked shots, and minutes and finished second in steals and scoring, per ESPN Stats. He took home the Big East Rookie of the Year award in 2012 and subsequently declared for the draft and was selected 15th overall by Philadelphia (later traded to Orlando before his rookie season).

Harkless, who played for the Blazers and Magic before joining the Clippers this past offseason, has been a solid defensive rotation piece but has struggled offensively. The opportunities have been there with George’s injury and Leonard’s load management, but the small forward has averaged only 5.5 points per game (down from his career average of 7.7 points per game) and has shot a poor 57.1% from the free throw line (via Basketball-Reference).

One thing all fanbases want from their players is a passion and desire to be on the team they route for. So many players are disgruntled with where they’re playing and genuinely aren’t their happiest in their current situations. Moe Harkless seems very excited about being back in New York City, where he grew up and went to college. In an interview, Harkless had this to say:

“It means a lot to me, being from the city, growing up watching the Knicks, loving the Knicks. Being here is a great feeling. I’m excited and grateful. It’s a dream come true. I was a Knicks fan growing up. I loved watching the Knicks on TV, I loved coming to the Garden for games when I could. And I actually played at the Garden in college, too, so it’s like I’ve come full circle now.”

Newest Knick Moe Harkless is happy to be home. pic.twitter.com/EGV3lA7CTy

On the surface, a move from a contending team like the Clippers to the dysfunctional Knicks seems like a player’s worst nightmare, but for Harkless it is a chance to play at home and his connection to the area runs deeper than just playing basketball.

What He Brings to the Table

At 6’9″ with a 7’2″ wingspan, Moe Harkless possesses excellent length at the small forward position. Harkless is a very fluid athlete with tremendous leaping ability and quickness, which has helped him become a solid defensive role player during his time in the NBA. His career averages of 1.5 steals and 1.1 blocks per 36 minutes are impressive and have made him a valuable commodity on various different teams.

Despite the fact that Harkless is only 26, this is his eighth season in the league and is considered a veteran presence with experience in a variety of different locker rooms. Harkless has yet to suit up for the Knicks yet since being acquired, but could definitely play a role as a mentor to young wings like R.J. Barrett and Kevin Knox among others. Moe will fit well with this young Knicks team because he isn’t a ball stopper, won’t take ill-advised shots or ruin the flow of the offense. His propensity to attack the basket will open up scoring opportunities for other Knicks off of kicks to the perimeter or dump offs down low.

Unfortunately for Harkless, he has never been able to pop and become a star like some draft scouts thought he could be. Moe passes the eye test as to what you want your star forward to look like, but he has never been able to develop his offensive skill set to a high level. With the NBA moved completely towards a perimeter-centric league, Harkless has been left in the dust due to his inability to consistently stroke it from behind the arc, even though he has shot the ball at a decent clip of 37% from three this season. Despite this, he is still can be a key player and contribute in a variety of ways.

There is speculation that Harkless could be bought out by the Knicks at the end of February, making his tenure back in New York City a short lived one. ESPN has reported that there is a “good chance” that Moe will be bought out and scooped up by a team in a playoff race. This is not surprising considering where the Knicks are at right now and the fact that we are right in the middle of buyout season.

Based on his reaction to being traded to the Knicks, it doesn’t seem like Harkless wants to leave New York so soon, but the NBA is a business and anything can happen. Hopefully we get to see him suit up for the Knicks, contribute and help out any way he can.