The Good and Bad Stats Making Up the Knicks 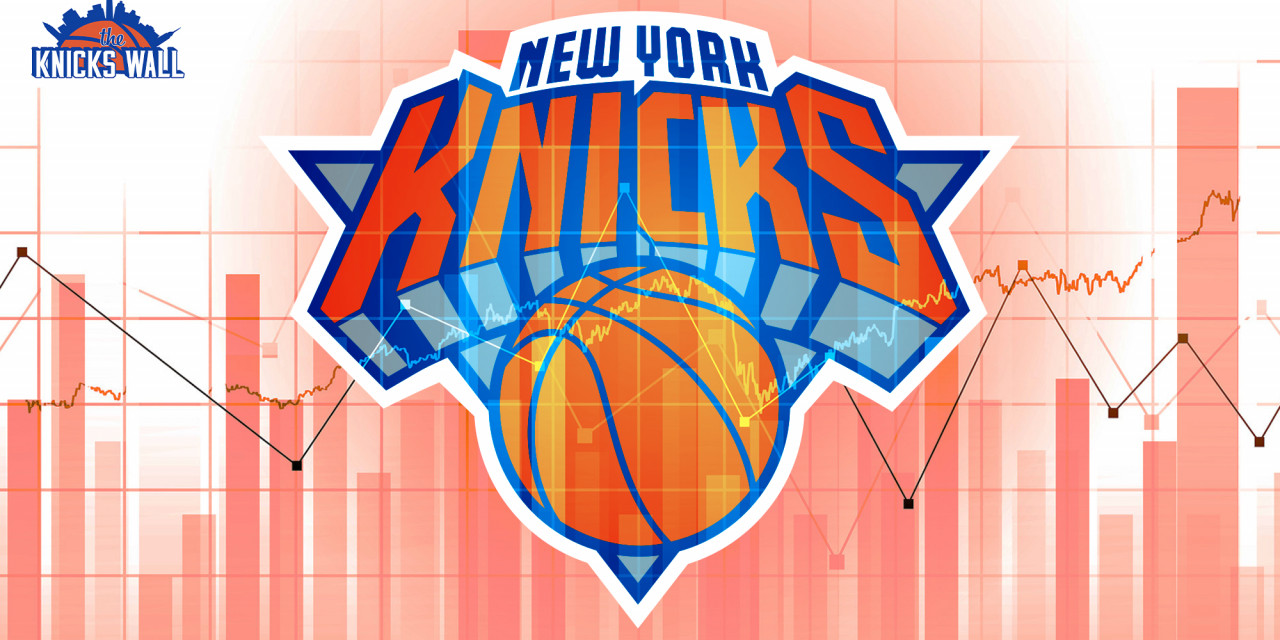 This Knicks team clearly looks different than last year’s, but it can’t all be good, right? Here are a few stats sussing out the good and bad.

The holidays are in full swing. That means the halfway point of the NBA season is knocking on the door; the time of year when the contenders (such as the Golden State Warriors and Brooklyn Nets) and bottom-feeders (such as the Orlando Magic and Detroit Pistons) begin to separate themselves from the pack. But the New York Knicks lie somewhere in between. Thirty-three games deep into the 2021–22 campaign, and at 15-18, the ‘Bockers have fallen flat of even the most cynical of preseason expectations.

However, the bottom of the Eastern Conference playoff race is wide open. The 12th-place Knicks are two games back of the sixth-place Philadelphia 76ers. So just a one- or two-week stretch of excellent play—similar to the run last year’s squad had when they won nine in a row—could thrust New York right back into the postseason picture.

Let’s take a statistical dive into the strengths and weaknesses of the Knicks during their roller coaster season thus far. What exactly they’ve been doing well to this point, and what their new year’s resolution should be heading into 2022.

Protecting the rim: Blocks per game (5.5, sixth in the NBA)

New York’s erratic defensive effectiveness this season has been well-documented. The team is getting lit up from three as opponents are making 13.3 triples per game, the seventh-most in the Association. But one area where its defense hasn’t regressed is in protecting the paint. The Knicks are holding teams to just 60.4% shooting at the rim—the second-lowest mark behind only the Cleveland Cavaliers—largely thanks to their men in the middle.

Despite their inherent faults, there’s no denying that Mitchell Robinson and Nerlens Noel are two of the NBA’s best rim protectors. Ranking in the 95th (3.7%) and 92nd (3.3%) percentiles in block percentage, respectively, Robinson and Noel are one of only two duos of bigs league-wide who each have a block percentage of three or better (Rudy Gobert and Hassan Whiteside). Coupled with, of course, great height and wingspans, New York’s centers have an unteachable knack for timing rejections.

That’s the Nerlens Noel we know and love! pic.twitter.com/rL6Eb0mvwa

But staying on the court has been a problem for the two behemoths. It’s worth noting that Noel has been dealing with the injury bug all year, missing time with a sprained ankle and sore back, which limited him to 17 games over New York’s first 33 contests. On the other hand, lady luck has been a bit kinder to Robinson, who’s missed just three after taking an elbow from the Houston Rockets’ Jae’Sean Tate back in November. But Robinson is injury-prone—he was limited to 91 games over the previous two seasons.

Overall, if Robinson and Noel can stay relatively healthy (which is a huge if) the Knicks should remain among the best in terms of blocks per game. That’s the luxury of having two top-10 shot-blockers on the same roster.

Embracing the three-ball: Percent of total field-goal attempts that are three-pointers (43.0, eighth in the NBA)

While it’s apparent that the Knicks’ defense has taken a step back this season, the same can be said of the offense taking a step forward. More specifically, the three-point craze has made its way to the Big Apple. Just one year removed from taking a measly 34.8% of their field goals from deep, the Knicks have increased this number to 43.0%—that’s an 8.2% rise. It’s the largest three-point frequency spike from this year to the last of any team in the NBA.

Though New York certainly lets it fly from deep with greater regularity, taking the shots is only half the battle. Ultimately making them is what matters most, and fortunately, the Knicks are doing just that. They are comfortably in the top 10 in accuracy (eighth) with a collective three-point percentage of 36.3%. And although newcomer guards Evan Fournier and Kemba Walker are the catalysts behind New York’s three-point renaissance, it has been a true team effort to take and make treys.

Nine Knicks currently average one or more made threes per game. Nine. For reference, six ‘Bockers (not counting Austin Rivers’ cameo) averaged one or more threes last year. Granted, not all nine players receive regular rotation minutes—Kevin Knox has a total of eight games under his belt. But this metric is eye-opening nonetheless and highlights just how far the Knicks have come shooting the three in just one season. The team’s offensive philosophy has shifted from hammering the paint to spacing the floor, with undeniably positive results to show for it.

A not-often-talked-about weakness of the Knicks is the low frequency with which they play transition offense. Fast-break buckets are about the easiest a team can generate. It’s the reward that comes with forcing turnovers and competing at a fast tempo. But unfortunately, New York doesn’t wreak havoc or run the floor consistently, as it ranks just 27th in forced turnovers and 22nd in pace. Because of these Achilles’ heels, the Knicks don’t get as many open-court possessions as other teams, and it’s hurting them because they are quite effective when they get to run the floor.

According to NBA.com, the ‘Bockers are sixth in the NBA in points per possession when in transition, fourth in free throw frequency, and dead last in turnover frequency. In layman’s terms, when the Knicks get out and run, they take care of the ball and, more often than not, end the sequence with either a basket or free throws. New York also happens to employ perhaps the best open-court reserve in basketball, Obi Toppin, who is scoring a monster 1.46 points per possession in transition. And veteran Alec Burks is right behind him with 1.38 points.

The Knicks already have the youth and talent necessary to be an above-average fast-break team; the stats argue that they already are one, their low transition play frequency notwithstanding. It’s merely a matter of upping the speed on offense and the halfcourt pressure on the other end to utilize this strength more often. Coach Tom Thibodeau’s old-school ways likely are playing a role in the team’s limited transition opportunities thus far—it’s characteristic of his squads to finish near the bottom in pace-related stats. Still, hopefully, he sees the untapped open-court potential of this group.