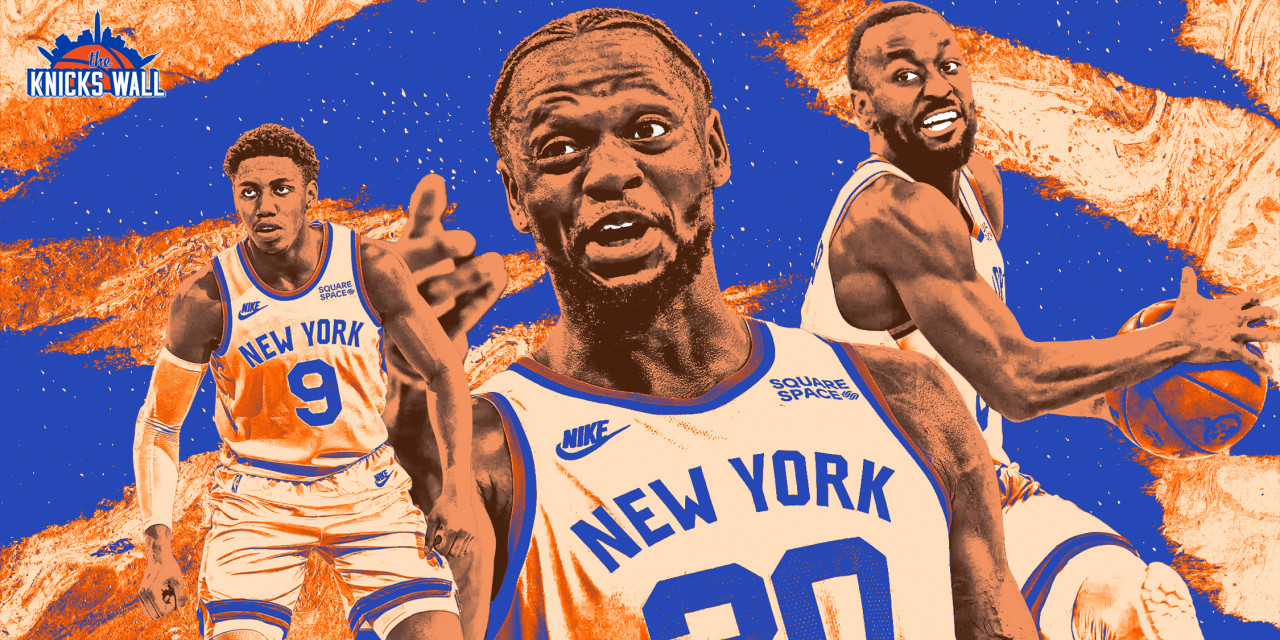 Their best start to the season since 2012–13, the Knicks are riding high with big contributions for their top players.

The New York Knicks are sitting pretty six games into the 2021–22 season. At 5-1, the Knicks are in a six-way tie for the best record in the NBA and are atop the Eastern Conference standings. They have already picked up multiples wins against playoff contenders (Boston, Philadelphia, Chicago) and boast an improved offensive attack (top five in Offensive Rating and top three in points per game) while remaining stout on the defensive end.

Though the Knicks have been the talk of the league, not enough has been said regarding players’ individual performances. It can be difficult to keep track of who’s hot and who’s not with all that goes on on the court. No player has been perfect, but there are more positive takeaways than negative ones at this juncture. Without further deliberation, let’s dive into some grades.

It’s been an uneven start to the season for RJ Barrett. He averaged just 12.7 points per game on 38.9% shooting from the field and 21.1% from deep across the first four contests of the year. With that said, he’s turned it around in a big way as of late.

Barrett has logged back-to-back masterclasses his last two games, with 20 points against Chicago and a career-high 35 versus the Pelicans. Since Barrett entered the NBA, he’s had a penchant for starting the year off slow offensively and then finishing strong. There’s no reason to believe that this status quo won’t continue. One can chalk up his early-season struggles to New York not yet figuring out how to evenly disseminate touches between Barrett, Randle, and all the new mouths to feed. But they will. And Barrett will be in the running for an All-Star selection.

While his scoring production has been hit or miss, Barrett’s helped make up for it with his consistently tenacious play on the other end. Most notably, he was Jayson Tatum’s primary defender on opening night and held him to 7-for-30 shooting. But he’s locked up more than just Tatum. According to NBA.com, opponents have shot 35.5% when hawked by Barrett this season. Of course, this may not last, but it’s nonetheless a testament to the strides he’s made since entering the league. RJ Barrett is officially a two-way player now: he’s earned this moniker.

One storyline surrounded Julius Randle entering the 2021–22 NBA campaign—was his strong 2020–21 merely a flash in the pan? Well, it’s only been six games, but the answer appears to be a resounding no. Randle is a star, not a one-year wonder. Currently leading the Knicks in points (20.8), assists (6.5), and blocks (1.2) per game while snatching down 11.2 boards on average, the Kentucky product is doing a little bit of everything.

Julius Randle, shot-blocker, doesn’t seem like words that go together. He’s averaged just 0.5 blocks a night for his career. But Randle has already put together a three-block game and a four-block one. Maybe all those moments spent with prolific swatter and teammate Mitchell Robinson rubbed off on him because his timing and positioning for rejections have, at times, been great.

Here he swats a Tatum layup attempt, which leads to a fast-break score for New York:

On the downside, perhaps Randle dug the Knicks in with his late-game iso-ball during their loss against the Magic. Not to mention he had a rough go offensively against New Orleans on Saturday (season-low 10 points). Because of these reasons, he doesn’t get an A or A+. But a few lowlights aside, he’s had a tremendous to start the new season and is primed to make another run at an All-NBA nomination.

Is it too early to claim Obi Toppin is elite in the open court? The stats say it’s about time. Toppin’s average speed on offense (5.09 miles per hour) qualifies for the ninth-fastest in the Association among players who average 15 or more minutes. Not only is Toppin awesome at generating fast-break chances with his speed, but he has also been converting his open-court shots with insane accuracy. He averages 1.75 points per possession in transition, ranking fourth in the NBA and the 97.8th percentile. Only Seth Curry, Jeremy Lamb, and Joe Harris are outdoing him in this metric.

Toppin’s defining attribute at this moment is his fast-break scoring chops. However, he’s showing signs of rounding out his defensive game as well. In six games, Toppin has recorded a block in all but one of them. He’s looked noticeably more locked in on that end compared to his rookie campaign.

Admittedly, Toppin has received sporadic playing time after logging 28 and 23 minutes in the first two games of 2021–22 (11.8 minutes over his last four). But his unique ability to get buckets on the run and blooming play on defense means his spot in the rotation is likely secure, even if he gets shoved to the fringe of it.

Fournier is already staking his claim as one of the best pure shooters ever to don the orange and blue. When the Knicks inked Fournier to a four-year, $78 million deal this past offseason, folks were quick to label it an overpay. Those detractors are now eating their words because Fournier has been an invaluable piece to a resurgent Knicks offense.

Fournier has been New York’s second-best scorer behind Randle thus far at 17.5 points per game. He’s averaging far-and-away the most three-point attempts on the roster at 8.5 and nailing them at a scorching 45.1% clip. For perspective, 57% of his shot attempts with the Knicks have come from three, good for 71st percentile among wings in frequency, per Cleaning the Glass.

MASSIVE SHOT FROM FOURNIER AS HE GETS HIS FIRST BREEN BANG pic.twitter.com/nZ4RwKFT4F

Fournier’s presence has been just what the doctor ordered for a Knicks team once starved of consistent three-point offense. After ranking 27th in the NBA in three-point attempts last year, the ‘Bockers have shot (pun intended) their way up to sixth this season (41.0). Without Fournier’s adeptness as a spot-up shooter from beyond the arc and his inclination for letting it fly with great regularity, New York’s offense wouldn’t be where it is. The Frenchman deserves his flowers.

Walker isn’t the player he was in Charlotte. He probably won’t ever be an All-Star in New York. But he doesn’t have to be. As a complementary piece, Walker fits this team like a glove. Well, at least far better than Elfrid Payton did.

Along with Fournier, Walker has also started the season red-hot from the three-point line. While he takes fewer threes than Fournier at 6.3, Walker’s current 57.3% mark is otherworldly. This will dip as the season wears on but highlights that Walker is an upper-echelon shooter nonetheless. And unlike his other backcourt mate, Walker is very comfortable firing from deep off the bounce. Half of Walker’s made threes this year have been self-created; all of Fournier’s makes stem from an assist.

If Walker has been setting the world on fire from three, why doesn’t he get an A here? It comes to down playmaking. Walker is averaging an underwhelming 3.2 assists per game, which would be a career-low if the season ended today. As one of the few players on the roster that has the speed and passing chops to orchestrate drive and kick actions, it’s pivotal that Walker ups his playmaking punch moving forwards. More drive-and-dish plays from him mean more open three for the Knicks.