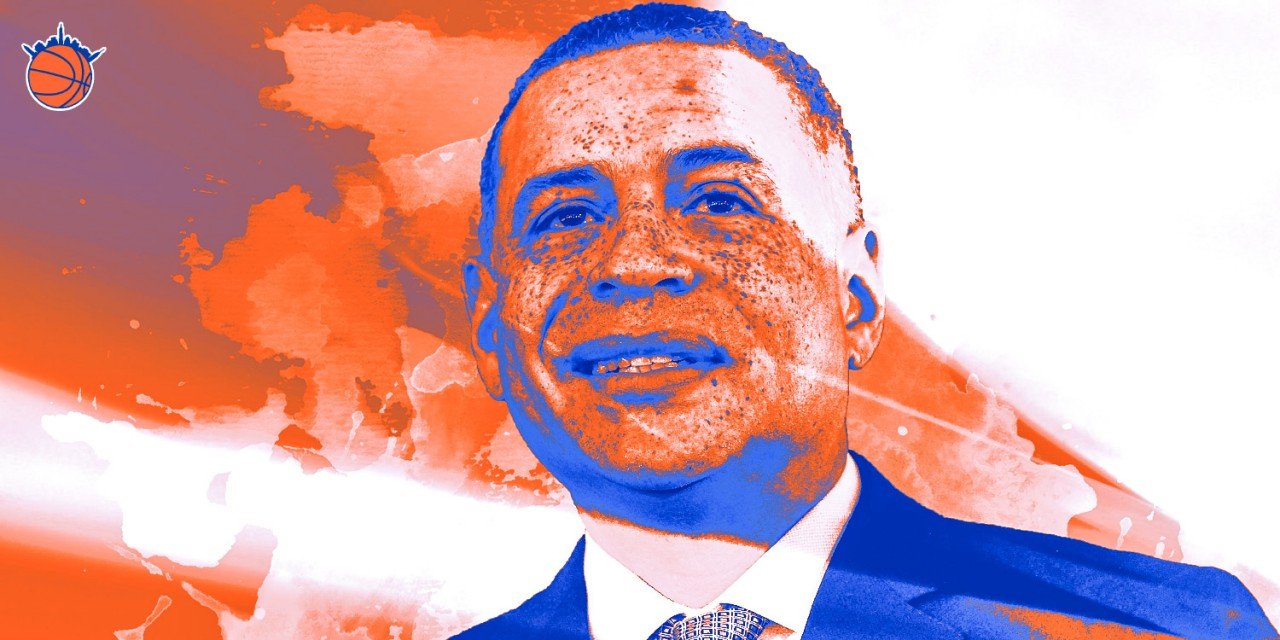 Scott Perry has been on board as Knicks general manager since July 2017, but how has it worked for New York so far?

In July of 2017, the Knicks moved on from the turbulent Phil Jackson era by promoting Steve Mills to team president; on the same day, Mills named Scott Perry his general manager.

How has Perry performed in his front office role to this point? Public perception surrounding the Knicks—after Kevin Durant and Kyrie Irving spurned them—seems to be cautious optimism for the most part. A young core of R.J. Barrett, Mitchell Robinson, Julius Randle, and Dennis Smith Jr. is more promising from a long-term perspective than anything Madison Square Garden has seen night-to-night in a long time.

Let’s grade all of Perry’s moves as general manager to see how much of that hope the Knicks have built up can be attributed to Perry’s decision-making.

The Knicks have made four selections in the NBA draft under Perry:

Barrett and Brazdeikis have yet to play a single real NBA game, but they’re both talented enough to have a lasting impact in the league; Barrett in more obvious ways than Brazdeikis.

Knox had one of the worst-shooting rookie seasons the league has ever seen, but he’s a tantalizing athlete with as much potential as anyone from the 2018 draft. Still, Perry missed out on Shai Gilgeous-Alexander two spots lower than Knox, which has to sting a little.

The real gem here is Mitchell Robinson. To land a center who looks like he’ll be a perennial Defensive Player of the Year candidate in the second round is unfathomable. It feels Spurs-ian in that inimitable “How the hell did Popovich find this guy, and why does no one else know about him?” way.

Perry and Mills have really emphasized going after undrafted talent over the past two years.

The following players are all on NBA teams now, and Perry either introduced them to the league or scooped them up after getting waived from another team:

Those guys carry some actual value, and it cost Perry literally nothing in terms of assets to acquire them. Kornet is on the Bulls now, but Allen and especially Trier and Damyean Dotson—who was drafted by Phil Jackson but remains on the team three years later under Perry—figure to be significant parts of the Knicks’ rotation. This is excellent pro talent scouting.

The Fizdale hiring is tough to grade, seeing as how he’s only been a part of one season in which the Knicks weren’t actively trying to win games.

Still, firing Jeff Hornacek in favor of a player-friendly coach who would suit a developing group of young players is logical.

The jury is still out on Fizdale, though. If he’s unable to enable blue-chippers like Barrett and Robinson to max out their potentials, this team will have to rebuild again or blow it up with a trade. And if that happens, the onus falls squarely on Fizdale and his coaching staff.

This team has talent, but it will take a great coach to piece it together.

Fizdale is still clearly better than the Hornacek and Kurt Rambis alternative, however.

Count me in the camp that is still baffled by the machinations of the Kristaps Porzingis trade. To recap:

That is not a great haul for a player like Porzingis, who was a dark-horse MVP candidate for a brief stretch of the 2016–17 season.

I get it. He was very disgruntled. He’s a seven-footer who relies on his athleticism recovering from a devastating knee injury. All of that is true. But the Knicks still got something like 60 cents on the dollar.

Smith is an electric athlete and a fine player. He will also never be a franchise star capable of carrying a team deep into the playoffs. Porzingis was “that dude.” Can he still be? Who knows. But he was, and that’s not something you will ever be able to say for Smith, that he can be the best player on a contender.

Matthews and Jordan are complete zeros in terms of value added for the Knicks, as both are on other teams now. Jordan was a train wreck when he did play for the Knicks.

The two picks are nice, but let’s call a spade a spade. The Knicks might win the Porzingis trade—say, he never regains his springiness and he becomes the dreaded supermax player not worth the supermax, dragging Dallas through a five-year nightmare of mediocrity. That doesn’t mean it was the right trade to make.

They had a top-10 level talent under a guaranteed contract, and about five minutes after he requested a trade, Perry accepted an offer. The best front offices do not have itchy trigger fingers.

That’s a decent haul, with a few misses but mostly hits. Allen, Vonleh, Kornet, and Trier were contributors for the Knicks last season. Hezonja was, for the most part, very bad but had unforgettable moments of brilliance.

Hicks is the only zero on that list. He plays in Russia now.

Perry didn’t manage to land any star players, though, so he gets dinged a little for that.

… but it’s impossible to evaluate their free agency without talking about who they didn’t sign.

After flirting with the idea of signing Durant and another max-level player for the entire season, the Knicks were left with none of the above. It’s revisionist history to call what happened to them anything less than an embarrassment, especially after details emerged showing the Knicks might have bungled their chance at a meeting with Durant.

Still, it says a lot about someone when they call Perry’s contingency plan a failure. What he’s done in the wake of such a horrible airball is absolutely commendable.

Randle, Morris, and Bobby Portis are not sure things, although all hold potential to varying degrees. Perry found a way to bring them in on reasonable contracts.

Ditto for Payton, who looks more motivated than ever to make a name for himself this year.

Ellington, Gibson, and Bullock (unfortunately derailed by health issues) are seasoned veterans that will hopefully offer guidance both on and off the court for the Knicks’ young talent.

Most importantly, Perry kept the team financially flexible two or three years from now. None of these contracts figure to be untradeable, barring some kind of medical disaster, or one of these guys forgetting how to play basketball à la Space Jam.

They’ll have a shot at Giannis Antetokounmpo in 2021.

Correction: The article was updated after publishing to reflect accuracy of the Damyean Dotson draft selection.