Hardaway Jr. and Kanter Are Trending in Opposite Directions for New York 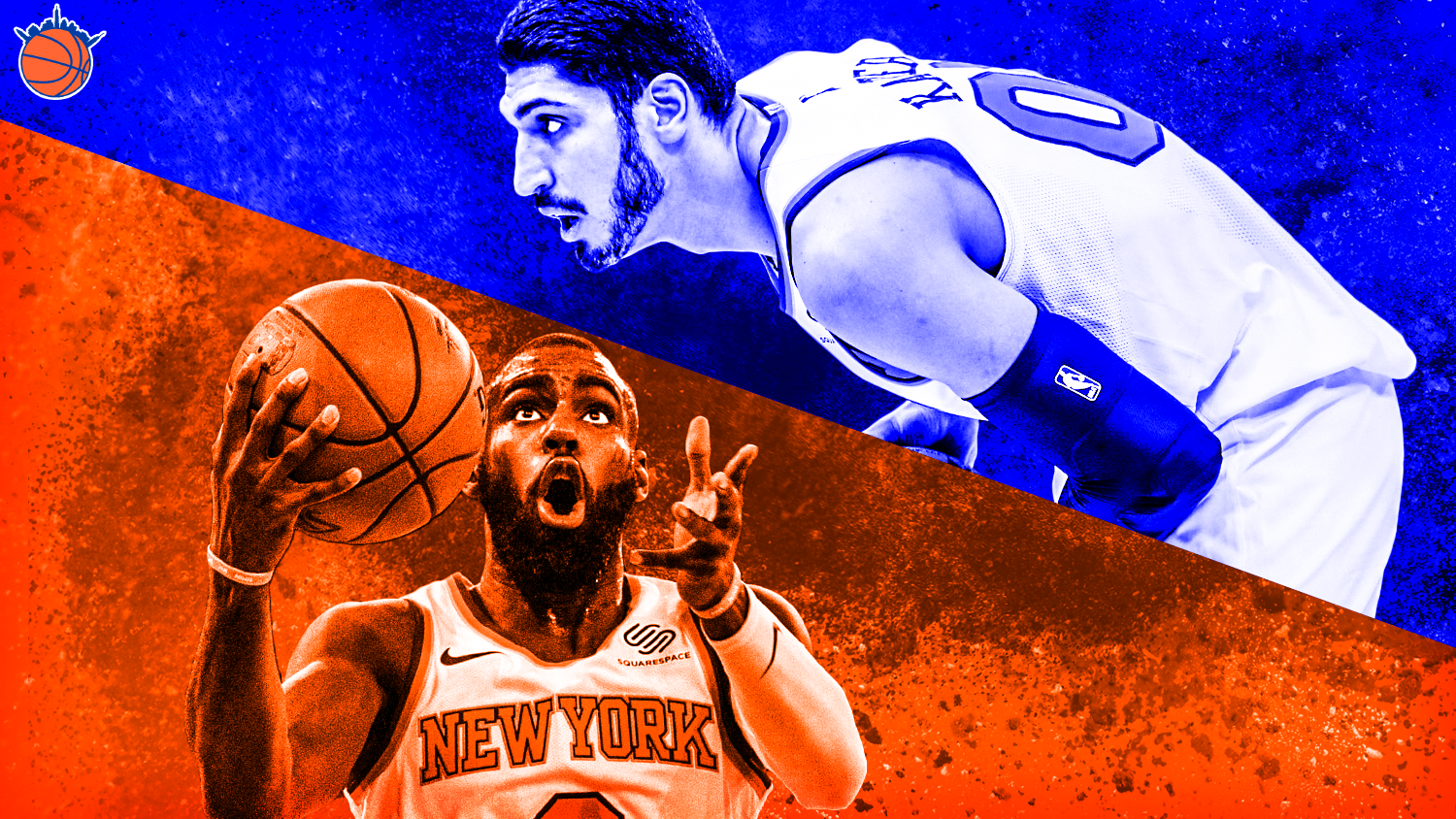 Tim Hardaway Jr.’s star has grown, earning his high-priced contract with gusto this season while Enes Kanter’s role declines in his demotion to the bench.

The Knicks’ two highest paid players—not including the now-stretched Joakim Noah—are both 26 years old. They’re the team’s two leading scorers, as of Oct. 30, but their roles are heading in divergent directions. Tim Hardaway Jr. has been playing some of the best ball of his career, leading the team in minutes per game, per NBA Stats. Conversely, Enes Kanter was taken out of the starting lineup last Friday and has seen his minutes cut, topping out at 26 per game since he last started in Miami after averaging about 31 minutes in the first four games.

It’s too early to draw conclusions as to what this could mean for the players this year or their futures with the team—Hardaway is under contract through 2021, while Kanter is a free agent who has expressed a desire to stay with the team long term—but it’s possible for both to succeed in these roles if they are permanent.

Can Tim Be More Than A Scorer?

Since Hardaway was drafted in 2013, he’s seen the most success playing as a cog in a larger system orchestrated by then-coach Mike Budenholzer in Atlanta. His first seasons with the Knicks were marred by inefficiencies, but after being dealt to the Hawks, Hardaway became valuable as instant-offense off the bench. Although his career-high in scoring came on last year’s Knicks team, Hardaway was much more efficient with Atlanta.

But this year, Hardaway’s played like he’s taken the step. He’s averaging over 24 points a game, his jumper has been falling more consistently (37 percent from three) and he’s been thriving in transition. He’ll never be one of the team’s main playmakers, but with Fizdale zeroing in on shots in the paint and threes, he’ll likely top his career-high of 2.7 assists via driving to the rim and kicking the ball out.

Against Brooklyn on Oct. 29 Hardaway tied his career high with eight assists, and while a few came directly from pushing pushing the ball in transition, he also showed that he can find the roll man hurdling down the paint—Noah Vonleh’s dunk on Jarrett Allen and his alley-oop both came off of passes from Timmy:

A lot of attention was paid to Fizdale’s philosophy of position-less basketball in the preseason. However, most of the takes were focused on the defensive end. Not unsurprisingly, the Knicks have a few long athletic guys who can guard multiple positions, but Fizdale has also embraced that model on offense. He’s allowed Vonleh to bring the ball up in transition, and employed lineups featuring multiple players who can handle the ball, like Timmy, Frank Ntilikina, Allonzo Trier, and Trey Burke; we’ll see exactly where Mudiay fits in, if at all, when he returns.

Frank should get the lion’s share of the time running the offense, but giving the rest of the guys opportunities with the ball helps build the foundation for an efficient offense and discourages chucking, since players don’t have to worry about when they’ll touch the ball again.

Along with his passing, defense will be a major factor in how useful of a player Hardaway is, but as Mike Cortez highlighted, Fizdale is invested in showing Timmy some of that Memphis “Grit ‘n’ Grind.” He has the athleticism and the body to be a decent defender, and if he keeps this pace on offense that’s more than enough to—almost—justify the $71 million the Knicks gave him.

Will Kanter Accept His Bench Role?

Kanter, on the other hand, has been the first victim of the youth movement, despite averaging a double double so far. Fizdale gave the starting center nod to rookie Mitchell Robinson on Friday versus Golden State and on Monday versus Brooklyn. The Knicks coach repeated that he’s going to keep tweaking the lineups, “I want to see them together,” said Fizdale. “A lot of them are guys that we’re looking to move forward with in the future so let’s see how they play together, and I’d like to see how those other guys function off the bench” (via Chris Iseman/NorthJersey).

Kanter has come off the bench before, notably with Oklahoma City, and that is arguably the perfect role for him. He is what he is, a beast on the boards and a talented scorer near the rim, but a turnstile on defense, nonetheless. Kanter is more than strong enough to hold his own in the post against other bigs, but every time he steps on the court, opposing perimeter players see a big bullseye on his chest.

Teams will put Kanter in pick-and-roll after pick-and-roll and feast. Yes, his defensive rebounding ability is important—it’s kind of necessary to actually end a defensive possession—but the second he has to work with a teammate on defense it’s almost a guaranteed bucket for the other team. It could be rotating too early, helping too much, or allowing the roll man to slip to the rim on a PnR, but to get the most out of Kanter, Fizdale has to minimize the harm Enes does on defense.

Double-double machine Enes Kanter now has 10 and 10 in 14 minutes pic.twitter.com/5GvObudyXL

This is why bringing him off the bench and allowing him to eat against second units is the right move. Better to have Shaun Livingston running the opponents’ offense when Kanter’s in, as opposed to letting Steph be the one who tries to switch onto him.

Even against the Nets, as soon as he checked in they went right at him with the rookie Allen in the pick-and-roll. Allen couldn’t convert, but he had two opportunities alone at the rim on two possessions after Kanter checked in and before checking out for the veteran, Ed Davis. Kanter was +6 in a 19-point win against Brooklyn, but also tallied 15 rebounds—six of which came on the offensive end.

Those put backs add up. On offense, Kanter’s rebounding will come in handy cleaning up misses chucked up by some of the younger players. Years ago, specialists were typically guys who stood in the corner and shot threes. Kanter could thrive as a different sort of specialist. We saw how tough it was for the Warriors to deal with him and Adams on the boards during the 2016 Western Conference Finals. Kanter can clearly be useful in some situations, unfortunately he can cripple lineups in others.

Although they’re both 26, Kanter feels like more of a finished product because he’s been in the league since he was 19, where as Hardaway didn’t leave Michigan until after his junior year. The Knicks clearly think that Hardaway has another level he can reach, hence the massive contract. Kanter will be a free agent at season’s end. If the drafting of Mitchell Robinson and the attempted reclamation of Noah Vonleh are any indications of things to come, then this move to the bench may be a sign that Hardaway is a part of whatever team the Knicks are building going forward, and Kanter is not.