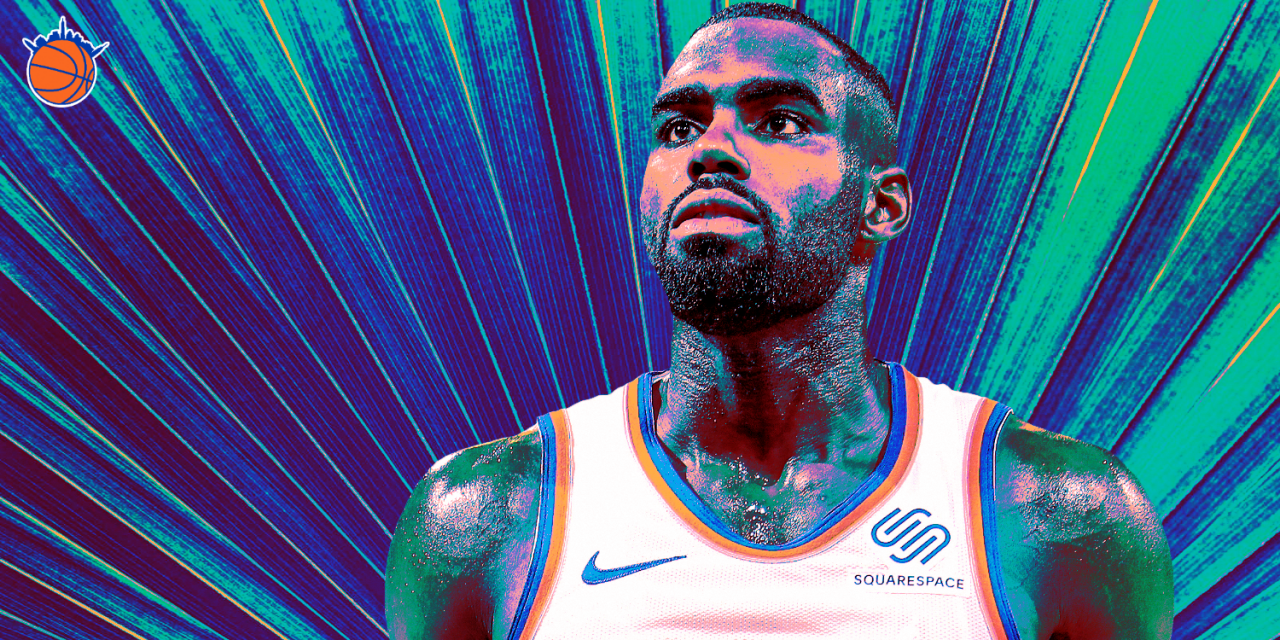 Last season found Tim Hardaway Jr. bombarded with criticism, particularly in the shadow of an expensive new contract with the Knicks. This year, however, he’s living up to the price tag—and that could result in a shiny Most Improved Player award for the former Wolverine.

The NBA’s Most Improved Player award is hard to define in terms of who qualifies and why. It’s as an award given to the player who has exhibited the most progress during the regular season. The most recent recipient was Victor Oladipo, whose play last year turned the Indiana Pacers into a cohesive, enjoyable basketball team. Before the season started, I said that I anticipated Tim Hardaway Jr. would be a player who would take the next leap into playing legitimate superstar-level basketball.

Hardaway Jr. is in the midst of an interesting career year statistically. Though he wasn’t meant to be a primary scoring option, Hardaway has stepped into that role with no hesitation. He began the season scorching hot, averaging 26 points per game and shooting 41 percent from beyond the arc in the month of October. Right now, THJ is averaging 21.5 points per game, keeping up with high volume scorers like Klay Thompson and Kyrie Irving. Impressively, Hardaway has also significantly improved the way he scores.

Though his three-point percentage has bounced up to 36.4 percent, it’s THJ’s ability to get to the free throw line that has given me cause for long-term optimism. Last year, the Knicks finished fifth in free throw shooting but were among the lowest in the league for team attempts. This year, they’ve increased trips to the line thanks to Timmy’s slashing. Taking into account his newfound aggressiveness getting to the cup, coupled with his existing talent as a sharpshooter, Tim Hardaway Jr. is in the conversation as one of the league’s most improved players. But who’s on his heels?

Full disclosure here—I watched a lot of Nuggets games last season. When broadcasters are not salivating over Nikola Jokic, they’re a fun team to watch. I said that Murray’s next season was going to be explosive for Denver. Strangely enough, where he and Hardaway Jr. parallel each other is on the defensive end. For as much as we, the delegation of the Knicks, complain about his defense, Hardaway Jr. has actually been…not awful.

Per NBA Stats, Hardaway is forcing 1.5 deflections per game (the same as #WHOLETEAM Damyean Dotson) to go along with his 0.41 charges drawn. Yes, believe it or not, Timmy is bodying up on D. THJ’s strength defensively has been more team-focused. He’s become a better help defender. Where he and Murray diverge is man-to-man defense.

As seen in this clip, the shorter Murray is switched on the 6’9″ Robert Covington. Murray gets up on RoCo and is able to force a turnover without committing the foul. Murray is sensational when he’s playing perimeter defense. Murray is contesting an average of 3.9 three-balls per game to THJ’s 3.6. This season, Hardaway’s overall contested shots per game is up from 6.6 to 7.2. He’s trending upward. The two are neck and neck in contested shots. When asked about his activity on defense, Timmy credited 3-and-D menace Lance Thomas: “just watching him gets me into the playing that end of the floor hard…and I feel like that rubs off on the whole entire team.”

De’Aaron Fox has quickly become one of my favorite non-Knickerbocker to watch. The Kings have started the 2018–19 season with 14 wins—good enough for a half-game back in the West’s playoff picture. Team team’s faster paced offense is a result of Fox being given a very long leash. He’s playing with confidence and transforming into a shot creator. Though THJ is clearly taking more threes than Fox, one could say that the Kentucky product’s shot selection from outside is what separates the two.

When it comes to pulling up, Fox has improved from 16.7 to 21.1 percent of points from beyond the arc. Additionally, Fox’s leap has helped his teammates become more active offensively. He wasn’t really lauded for his court vision leading up to the draft, but he’s shown that you can work on other things in your summer workouts.

Based on Fox’s 47.6 percent shooting overall and 41.5 percent from long distance, he is making people pay attention. Fox is also getting to the line at a rate similar to Hardaway; both get roughly a few ticks over 20 percent of their points coming from free throws. Like Murray, the comparison between Fox and THJ is tough to do by virtue of having completely different playing situations.

There is a player that’s more important to his team’s success than Kevin Durant, LeBron James, or Giannis Antetokounmpo. His name?

This is some sweet coast to coast action from Pascal Siakam pic.twitter.com/YFGSxT1O9t

The continuity in a post-DeRozan era maintains because of what the Cameroonian-born Siakam brings. His numbers don’t immediately jump out at you. But his impact is unmistakable. This season, he’s doubled his scoring from 7.3 points per game to 14.6 points per game. Siakam doesn’t have to carry the scoring load for Toronto the way Timmy does for the Knicks. He epitomizes “less is more” and playing to your strengths, while Hardaway does a little bit of everything on a team that lacks a lot.

So what is the likelihood that Tim Hardaway Jr. wins the Most Improved Player?

Compared to Jamal Murray, De’Aaron Fox, and Pascal Siakam, I think what Timmy lacks the most is consistency. He can catch fire as he did in the first part of the season. But inevitably, he’s going to come crashing down to earth. When you ignore the Knicks’ loss column and think about the facets Timmy has built on individually, the distance between him and the aforementioned guys may not be that wide.

We have to be realistic, though. Wins matter. Consistency is a factor in making that next leap toward superstardom. Can Timmy do it? I believe he can. It’s going to take a long stretch of games where he takes all the pointers he can from Lance Thomas and plays defense for 35 minutes.