Has Courtney Lee Become the Odd Man Out? 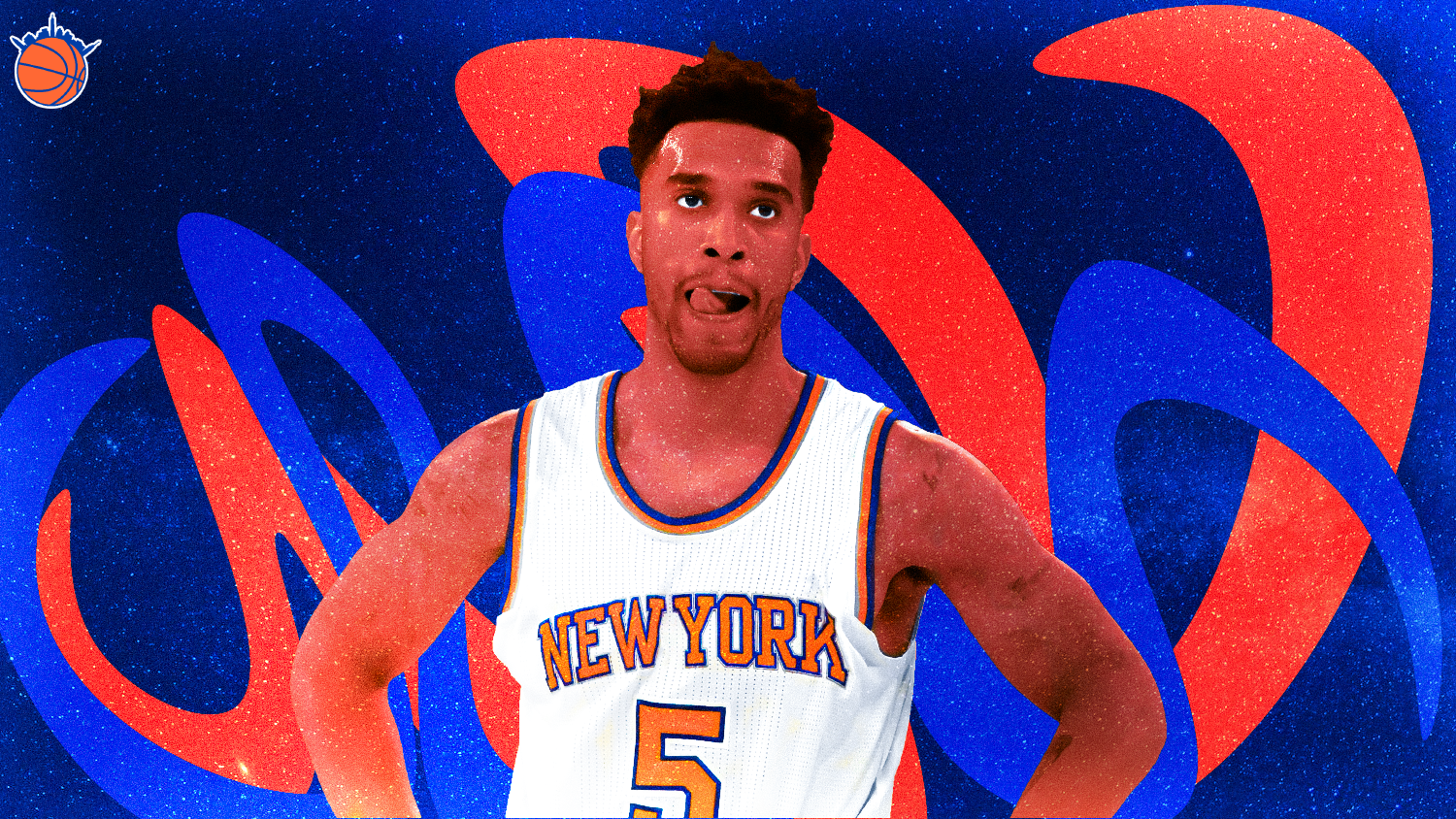 Courtney Lee has yet to play a lick for the New York Knicks this season. The 33-year-old’s time on the roster could be fading fast as the team requires his spot to develop burgeoning talent.

Has Courtney Lee played his last game as a Knick? That question has had a variety of answers the past couple months. Constant among those answers is a view of his departure as an inevitability, more than a possibility.

In August, Lee was infamously left off the season preview Instagram post. That led to speculation of him being shown the door. Lee had some fun with it, but reports came out a month later that said he preferred to play for a contender. Those reports were refuted by Lee, who said he was happy in New York and excited to start training camp.

Lee has stayed put so far, but has not been seen on a basketball court since April. He is a 33-year-old veteran coming off a career season on a team that is focused on building for 2019. Was Lee really out with a strained neck, or was that just the most ambiguous injury the team could come with while it worked the trade market?

It turns out that the neck injury is indeed real and there is no telling when Lee could be back. “Still has to do more tests,” Fizdale told reporters last Wednesday. “They still have to look at more stuff and how he responds to certain things. See where it goes from there. Just one of those weird little injuries that’s hard to shake.”

His absence has turned out to be a positive, leading to opportunities for Allonzo Trier and Damyean Dotson to shine. Both have parlayed that opportunity into crucial roles in the rotation. The Fiz Kids have been gleaming since the rotation tweak prior to the clash with the Warriors, with Dotson shining in particular.

Dotson has escaped the abyss to which Jeff Hornacek relegated him last season, replacing Lee in the starting lineup. Dotson has been able to fill the off-the-ball 3-and-D role Lee played for last season’s starters, even mimicking some of the actions we grew accustomed to seeing from Lee.

The case for Lee getting burn over a younger more athletic version of himself is tough to make and only gets more difficult with each passing game. With rotation minutes evaporating, Lee will have to fulfill another function on the team. This is something Lee is already doing. He has yet to suit up for a game but returned to practice a few weeks back.

To his credit, Lee is well aware that his timeline and the Knicks’ timeline are no longer aligned. He told Chris Iseman of NorthJersey as much after one of his first practices back, where he also stayed late to work with Trey Burke.

“My role coming in is not what’s guaranteed to me, what have I earned in the past,” Lee said. “It’s what can I do to help this team? That goes for starting, coming off the bench, playing 10 minutes, not playing at all…So it’s whatever the team needs me to do, that’s my role.”

Given his elder statesman status, the no-brainer is for him to mentor the young guys who seem to absorb everything. Lee could impart that wisdom as he passes the torch, which is something is willing to do.

“When I first came in I had guys like Mickael Pietrus, Keith Bogans was working with us, J.J. Redick. All these guys have been in the league before me,” Lee told The Record. “They did what I’m doing right now. They helped me a lot. They passed the torch to me. It’s only right for me to do the same thing.” (Iseman/NorthJersey)

Having Lee as an extra coach on the bench for the whole season would be great. The problem is the Knicks are against the clock to open up a spot on the 15-man roster. The clock on Trier’s 45 days are ticking. There is little chance Trier plays a single minute for the DubKnicks; he has become far too important to this team’s ethos. His name has been among the first called off the bench thanks to his playmaking prowess and relentless nature.

Trier’s rise could come at the expense of a veteran’s downfall. General manager Scott Perry could choose to break a pool stick and let Ron Baker and Courtney Lee decide who gets that final roster spot. A more civil approach would be a trade or outright release. In a perfect world, Lee is traded to a contender last season while he was at his apex. That did not happen, and now the task of offloading Lee has become more difficult.

This isn’t a Joakim Noah situation, where there is no chance of a trade. Unlike Noah, Lee still has something to offer on the court. The problem is the Knicks are against the clock to open up a roster spot. Other teams know this, giving Perry little leverage in negotiations. If Perry were to swing a trade, he’d have to attach a draft pick or eat a bad contract.

The Knicks have December 5th as their unofficial deadline to make a decision. That is when they have to open up a spot for Trier. The most likely resolution for that December 5th deadline would be an outright release. In that scenario, Ron Baker makes the most sense. The remaining $12.8 million owed to Lee would be stretched over next three seasons while a release of Baker would be a swift $4.5 million loss for this season. For future cap purposes this is as easy a decision as it gets.

After Trier is signed full time, Lee will not have much to do outside of mentorship. That sounds great, until you realize you’re paying $12 million for an assistant coach. Lee can still be a productive player, just not for New York.

Everything Fizdale has done this season has favored development over seniority. Enes Kanter was demoted to bench mob duties in favor of the uber-talented, but most importantly raw, Mitchell Robinson. Once healthy, Lee will get some spare minutes, but he will not leapfrog a healthy Trier, Dotson, or maybe even Emmanuel Mudiay.

Following his return from injury, the team should actively look to shop Lee to a contending team. The trade market will see an uptick in activity after December 15, when players signed over the summer can be traded. One thing that is certain is that the team would like to shed his deal as they prep for a busy summer.

Lee has been the consummate pro since he signed. He’s been one of a few constants during an erratic several years. When he agreed to come to New York, it was to contend for a championship. Although his plans have remained the same, it’s clear that team’s plans have altered.