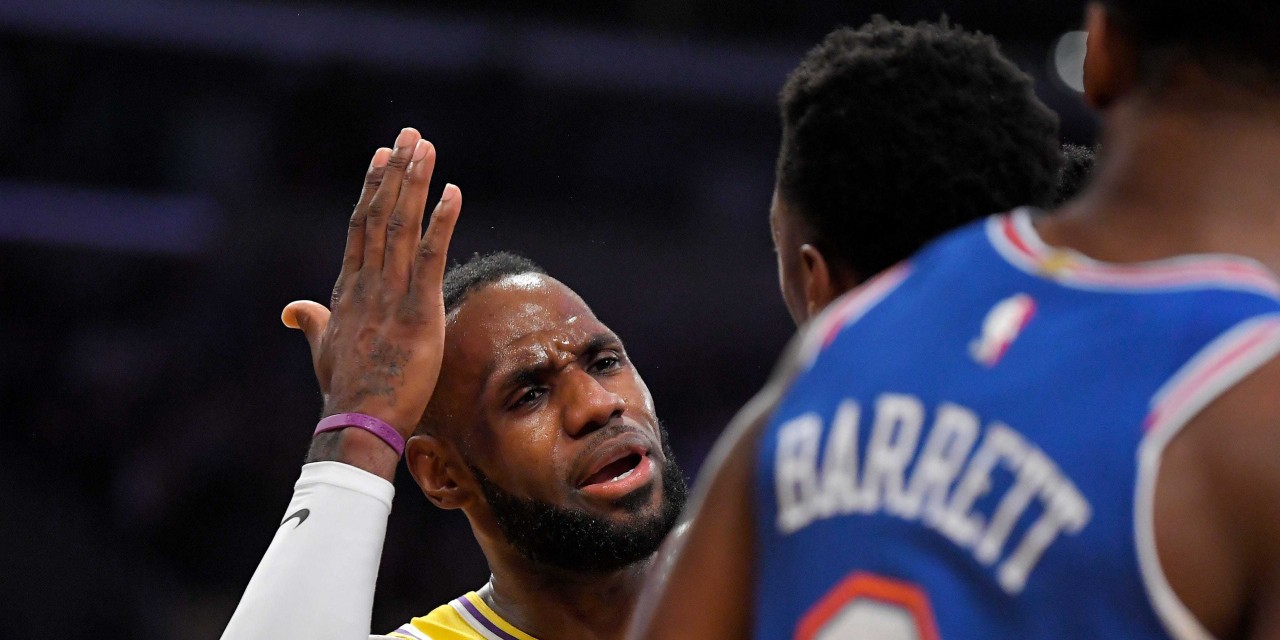 The Knicks are trying to make it two straight wins as LeBron James and the Lakers make their once-a-year Madison Square Garden visit.

Wednesday night’s matchup features two teams at completely opposite ends of the spectrum, with the New York Knicks (12-32) in the cellar of the Eastern Conference standings and the Los Angeles Lakers (34-9), the best in the West.

The addition of superstar forward Anthony Davis, along with some key role players in Danny Green and Dwight Howard, have propelled the Lakers into a bona fide title contender. With LeBron showing no signs of slowing down, L.A. is a force to be reckoned with and will be a very intense challenge for the Knicks, who are looking to secure their second straight victory following Monday’s win over the Cavaliers.

The Lakers will likely come into this game extra motivated, being that it is their only trip to Madison Square Garden (and every opposing star seemingly plays the game of their life at the Garden), coupled with the fact that they got boat raced 139-107 in Boston on Monday, their worst defeat of the season to date. Also, Davis suffered a scary fall and thankfully only a bruised backside in a mid-air collision with Julius Randle in the last matchup, sidelining him for a few games.

The last time the Knicks came off an encouraging victory was last week, when they were faced with the daunting task of playing the Milwaukee Bucks after upsetting the Miami Heat. Giannis and company made quick work of the Knicks, and New York finds themselves in a similar predicament, playing the Lakers after a blowout win over Cleveland.

Battle of the Bigs

One aspect of this game that I am most intrigued to watch is the frontcourt showdown between the Lakers’ tough veteran bigs in JaVale McGee and Dwight Howard and Knicks phenom Mitchell Robinson.

McGee and Howard are not stars by any stretch at this point in their careers, but are still very good defenders who play the game in a physical and hard-nosed fashion we don’t see anymore from lots of centers. Both are capable offensive threats as well. It will be up to Robinson to thwart this and knock them off their spot a little bit.

Mitch has not been the same player since the rumors of the Knicks’ reported interest in Andre Drummond surfaced over the past couple weeks. Even though these turned out to be nothing more than rumors as far as we know, it might have had a negative effect on the 21-year-old, who would likely be relegated to a bench role or traded if Drummond were to come to the Big Apple.

You can’t blame Robinson for being discouraged by these reports, but the Knicks need him to step up if they want any chance of stealing this game. Tonight presents a difficult challenge for Robinson, but a golden opportunity to springboard a turnaround in his play. Let’s just hope Coach Miller gives MitchRob his minutes instead of inexplicably giving Taj Gibson more time.

Tonight’s mismatch of epic proportions could be even more glaring with R.J. Barrett sidelined with an ankle injury and Marcus Morris’ status in question, also due to ankle injury. Against the Lakers on January 7th, Barrett led the Knicks in scoring with 19 points and was one of the only Knicks that produced a semblance of offense in a 30-point drubbing.

If Morris is unable to suit up tonight, the Knicks will not only be without one of their best and most physical overall defenders but will be missing a guy who has ample experience guarding James and has done a good job at times doing it.

Without one of the Knicks’ best offensive players and arguably their best defender, it could be over quickly tonight at MSG.

Dennis Smith Jr. is also out tonight with an oblique injury, adding to the seemingly growing Knicks injury report.

»READ: So … has Dennis Smith Jr. played his last game as a Knick?