How the Delayed Season Affects the Knicks 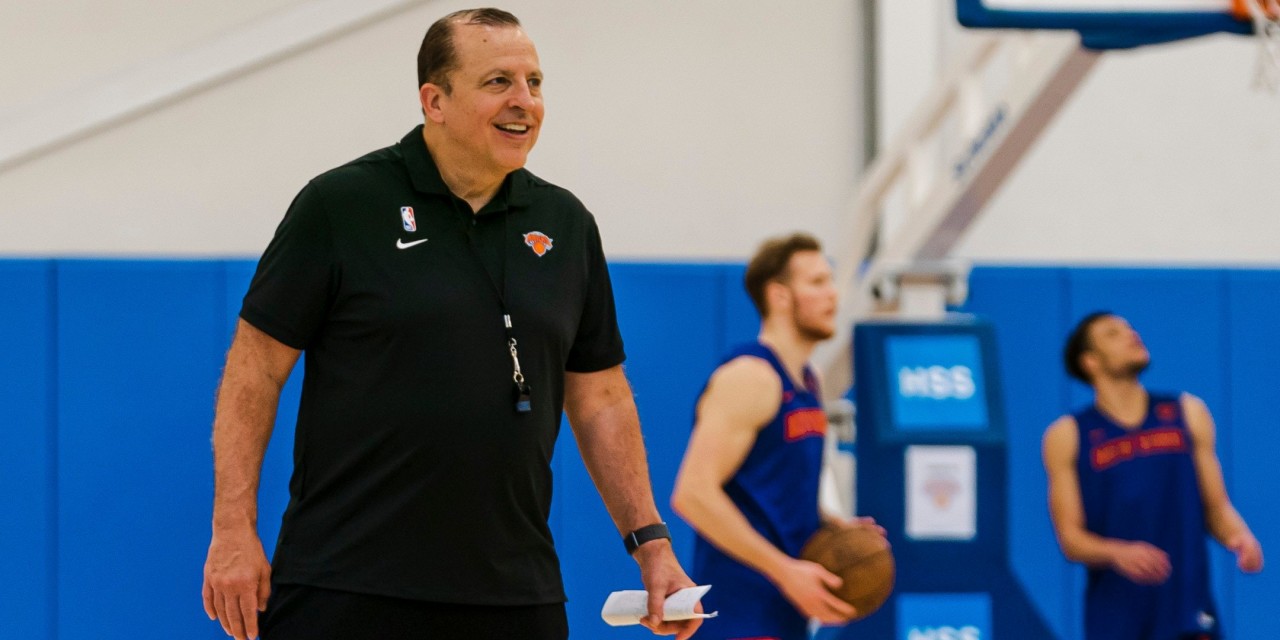 The Knicks are among eight teams that won’t play competitive ball for at least nine months, creating a very uncertain future for the franchise.

Over the past six months or so, we’ve heard the phrase “unprecedented times” thrown around with regards to pretty much every facet of life.

The uncertainty caused by the coronavirus pandemic has forced the NBA to drastically adapt in order to successfully complete the season. The Orlando bubble has been a huge success and has returned a sense of normalcy to the basketball landscape, after going months without any NBA action. However, for teams that weren’t invited to the bubble, like the New York Knicks, there has been an extended hiatus from playing competitive basketball, with the team not seeing any game action since March 11th.

The season is not expected to start until at least Christmas Day 2020 and more likely 2021, per NBA.com, making the offseason, free agency and draft processes different than what we’ve seen before.

So, how will this unconventional year affect how the New York Knicks operate, play and execute in the following season?

September 23rd marked the first official practice under newly hired head coach Tom Thibodeau, per Newsday. The Knicks’ social media team put out a lot of content of the guys getting some shots up and even Canadian countrymen R.J. Barrett and Ignas Brazdeikis pumping some iron, looking to get stronger for their second season in the Association.

With many of us starved for Knicks content, this was refreshing to see and indicated that we are even closer to seeing the ‘Bockers take the floor. There is a ton of work to be done and there is confidence surrounding the team that Thibs has the players working very hard on their craft.

Effect on Young Players on Roster

Last year, the Knicks rolled out the fifth-youngest roster in the NBA, with an average age of 24.98, per Hoops Rumors. The theme of youth will likely continue in New York for the 2020–21 season, with most players on projected roster 23 years old or younger, including their draft picks, barring any blockbuster trade.

The best way for these young players to develop and get better is not practice or offseason workouts but to play in live game action. Given the fact that these guys haven’t been part of a competitive game since March and will likely not be back on the floor for a regular season game until January, there will likely be some rust and extra growing pains when we see the young ‘Bockers take the floor next season.

If the Knicks were a predominantly veteran team with guys with a lot of mileage on their bodies, I would say that this time off would be more beneficial than not. But since the Knicks are so young, I wouldn’t be surprised if we see some extra sloppy play coming out of the gate.

Overall, it’s entirely likely to believe this nearly 10-month hiatus will have an adverse affect on guys in terms of performance at the beginning of the year, and that is totally fine, given that next season is more about development and finding out what valuable pieces you have as opposed to winning.

In a normal year, the NBA draft is held in June, giving guys nearly four months to practice and get acclimated to their city, teammates, and coaching staff before taking the floor in late October.

In this wild year, the draft will not be held until November 18th, giving guys likely less than two months before they take the floor in the Association for their first regular-season game. This truncated amount time will not bode well for rookies, who have no experience at the professional level and can use every second of practice time they can get.

The struggles we will likely see from the Knicks’ young players to begin the season will probably be amplified for rookies throughout the league, not just the Knicks. Fans will need to exercise patience, given that we will probably see a lot of slow starts across the board.

When the Knicks brought in Leon Rose as president, there was expectations that he use his connections around the league to wheel and deal and bring in some big time players to the Big Apple. While this is yet to be determined, I don’t believe we will see Rose go big game hunting in his first full season at the helm.

The uncertainty combined with the strange offseason and the fact that there are no big-time free agents available makes me think that Rose will/should be patient and not try and fit a round peg into a square hole with trying to integrate that many new players into the fold.

The fact is, Rose and the front office have not had the time and ability to properly evaluate the team, given the current circumstances, which makes me more inclined to believe he won’t be throwing money at a bunch of players this offseason.

Developing team chemistry will be tough enough, but to add in a bunch of veterans on short deals that will take playing time from the young guys in an effort to make a leap for the eighth seed just doesn’t seem like something Rose is fixated on doing.

Expect Rose to try and target some quality free agents (Joe Harris, Davis Bertans, etc.) and make this upcoming season about evaluating which players are expendable and which can be important pieces going forward. For example, guys like Kevin Knox, Frank Ntilikina, and Dennis Smith Jr. all have a ton to prove this season. All have been selected in the top 10 of the draft and all have not lived up to the hype and have even regressed in some areas. If these three do not show signs of life and play much better, than I cannot see Rose and the Knicks continuing to invest time in them.

It is also important to note that the 2021 NBA Draft (in which the Knicks will likely select high), is much deeper and has “as many as seven or eight players that would be the top prospect in this years draft” according to John Schmeelk of WFAN.

This gives Leon Rose and the Knicks to wait on making big moves and position themselves to get another good young player into the fold after the 2021 season.

»READ: For the Knicks, moving into the NBA draft’s top three needs a reconsideration