How Do the Knicks Handle the Center Rotation With Nerlens Noel Injured? 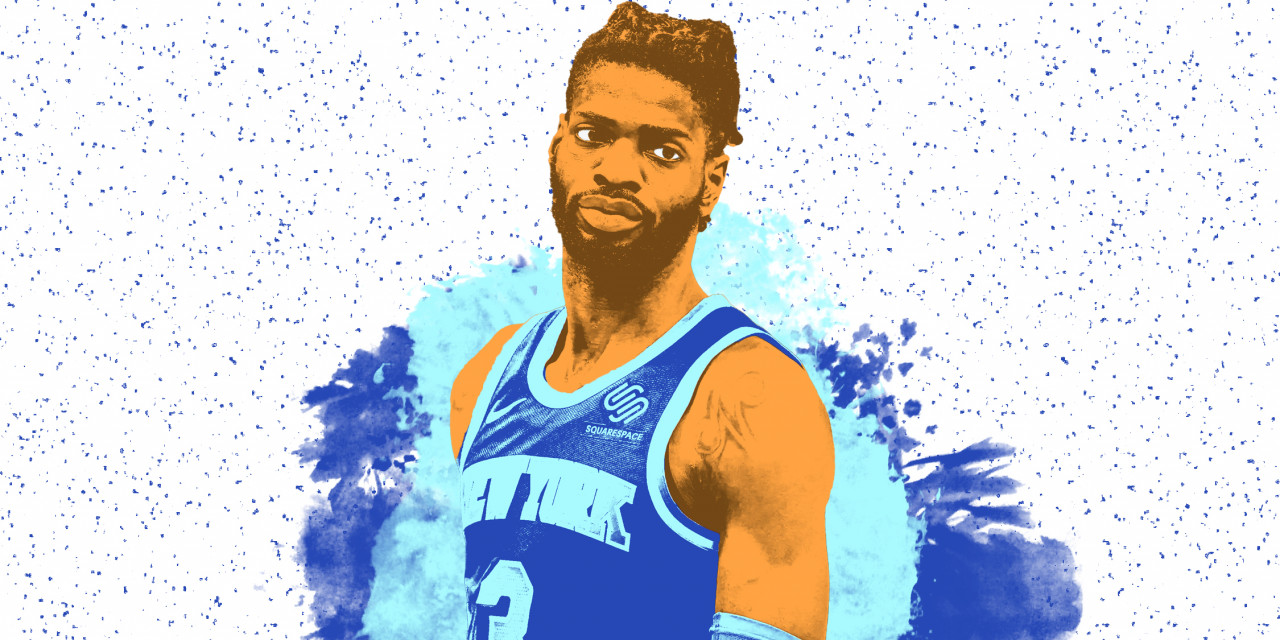 Nerlens Noel has been held out of the Knicks’ first four games of the regular season with hamstring and knee issues, leaving Mitchell Robinson and Taj Gibson to handle the workload.

New York Knicks center Nerlens Noel has been dealing with knee and hamstring injuries, which have kept him on the shelf so far this season, as well as the preseason. Fortunately, the hamstring is healed, according to Tom Thibodeau, but the big man is still dealing with knee soreness. This kept him out of Tuesday’s game against the Philadelphia 76ers after it was reported he might return to action.

Noel played last season for the Knicks on a one-year deal and averaged 5.1 points, 6.4 rebounds, and 2.2 blocks in about 24 minutes per game, per ESPN Stats. These solid numbers earned Noel a three-year, $32 million contract with the ‘Bockers this past offseason, which is good value for a sound inside presence like Noel. With his status still up in the air and some tough frontcourt matchups coming up, how do the Knicks continue to handle temporary life without Noel?

Noel is the middle child of the Knicks’ center bunch at 27 years old, making him almost a decade younger than Taj Gibson and more experienced than Mitchell Robinson and Jericho Sims. Noel’s absence isn’t expected to be extended, but while he is gone, Tom Thibodeau will have to strategize as to how he wants to divide up the minutes at the center spot.

Without Noel, the Knicks have three options at the center position: Mitchell Robinson, Jericho Sims, and Taj Gibson. The 23-year-old Robinson and 36-year-old Gibson are polar opposites in terms of what they bring to the table. Robinson, the most talented of the group, is a bouncy, seven-foot shot-blocker and dunker, who does a tremendous amount of damage above the rim. Robinson bulked up significantly in the offseason, has a propensity for highlight-reel plays, and clearly has more upside.

Gibson, on the other hand, is a veteran who is undersized at 6’9″ and doesn’t have the athletic ability to play above the rim like Robinson. Gibson relies more on toughness, brains, and emotion to be effective in his playing time, something all teams would love from their backup center. Gibson is a Thibs guy and plays exactly the brand of basketball Thibs preaches—hard-nosed, physical ball. Gibson also embodied the ethos of New Yorkers: tough and resilient.

Robinson played 29 minutes, while Gibson logged 19 minutes in last night’s showdown against the Sixers, per ESPN Stats. The Sixers boast an excellent frontcourt in Joel Embiid and Andre Drummond. Combined, Robinson and Gibson did an outstanding job of keeping the duo at bay, making life miserable for Embiid who made only two field goals and scored 14 points. Drummond also converted just two field goals.

Before last night, Gibson only saw action in Sunday’s game against Orlando, logging a scoreless 12 minutes with four rebounds. Gibson was not active for the first two games of the season due to the birth of his child. The vet is extremely limited in his ability to impact the game from a talent standpoint. He is on the back nine of his career, serving as more of an emotional leader and locker room presence, as opposed to an athletic big who can run up and down the floor and be active. Gibson is a fan favorite because he plays with heart, but allowing him too many minutes limits what you can do from both an offensive and defensive standpoint.

Expect more of what we saw last night—more minutes from Robinson going forward, simply because of the talent and production gap between him and Gibson. This is all contingent on Robinson staying out of foul trouble, something he needs to improve on going forward.

The rookie Jericho Sims is much more like Robinson and is arguably even more athletic. Sims, however, is extremely raw and isn’t ready at this point to be productive outside of short stretches. Sims has potential but could definitely use some time in the G League against other pros in order to become more acclimated to the NBA game.

Obi Toppin, who is looking to build on a solid ending to his rookie season, is capable of playing the five but is too small to be a traditional center. However, if the Knicks do decide to go with a small ball, fast-paced approach, it might make sense to roll with Toppin more often than not. This could leave Nerlens Noel on the outside looking in, given that Robinson looks great so far. This situation will be something to keep an eye on, regardless of Noel’s health this season.

With Embiid and Drummond in the rearview mirror, the Knicks face matchups with the Bulls’ Nikola Vucevic and the Pelicans’ Jonas Valancuinas later this week. Having Noel back will surely be a plus, but we already saw the tandem of Robinson and Gibson do an excellent job keeping arguably the best offensive center and defensive center at bay in their rout of the Sixers.

If Noel won’t be returning for the next few games, it makes more sense to try to attack that defensive weakness with Robinson. He would have the more athletic and physical advantage against Vucevic, who can stretch the floor, and Valanciunas, who is one of the better rebounders in the game. Expect to see Gibson in spurts like we saw last night unless there are foul issues from Robinson.

Overall, the play from the Knicks’ frontcourt has been very good so far without Noel, and it’s safe to assume Robinson will continue as the feature center with Gibson being the savvy vet off of the bench. Noel, whenever he returns, will have an uphill battle ahead of him, given the play of the two current bigs.