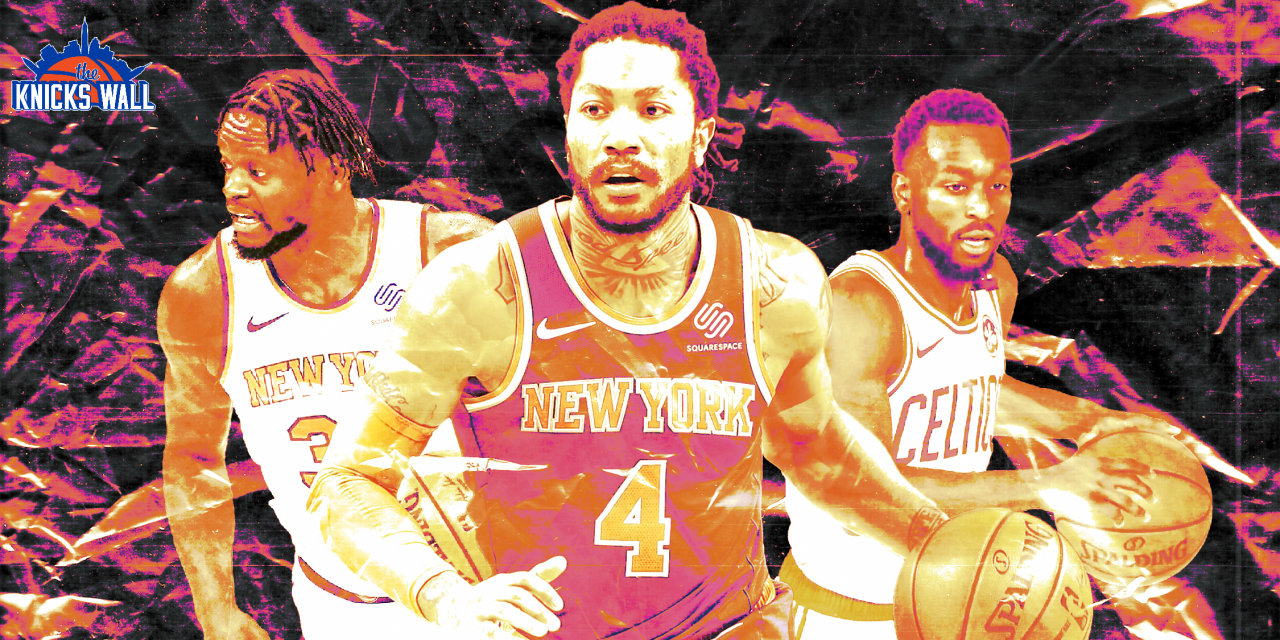 The Knicks’ offseason featured subtle yet important fixes to make them a wholly better team. How well can they compete among other teams?

The New York Knicks’ new regime, headlined by President Leon Rose and coach Tom Thibodeau, has done their job of establishing a solid foundation to work off of here in the Big Apple. For the better part of two decades, the Knicks were stuck in a vicious cycle of rebuilding and tanking and could never gain any traction towards being a good team due to lack of talent, organizational stability, and consistency.

Now that these issues look to be in the rearview mirror, the Knicks’ direction moving forward is more about adjustments and calculated improvements rather than overhauling. At this juncture of the Knicks’ journey to being perennial contenders, it is now about addressing weaknesses, highlighting strengths, and ensuring the team is at least competent in every facet of the game. The 2020–21 campaign saw the team become respectable and relevant again. With that comes loftier expectations going forward and it is ever so important that the team identify what areas the team needs to improve on and how they realistically match up with their opponents throughout the league.

Now that the bar is higher, the Knicks need to aspire to be compared to NBA greats, rather than NBA bottomfeeders.

Statistics might tell you otherwise, but Mitchell Robinson is the most capable rebounder on this team. His athleticism and size make him one of the most unique forces across the league in the paint. I know Julius Randle averaged more rebounds per game last season, but with Robinson hopefully healthy and expected to be the starting center, I think he will be the one grabbing more boards, while Julius will focus more on scoring and playmaking.

In a small sample size of 31 games last season, Robinson averaged 10.6 rebounds per 36 minutes, per Basketball-Reference. This number was the highest on the team and ranks in the upper portion of the league. Robinson won’t put up numbers like Clint Capela, Rudy Gobert, and Andre Drummond, who can grab 20 boards per game in their sleep, but he has proven that he has what it takes to at least be a plus in this department.

This category is a little bit more difficult to analyze, given that the Knicks do not have one specific player who is their distributor. Julius Randle led the team in assists with 6.0 last season, but I wouldn’t classify him as a floor general, although he is a great passer for his size and made great strides last season.

As a team, the Knicks did an excellent job in ball movement last season, despite not having a Chris Paul type who dished out a bunch of assists. If I had to guess, I would say Derrick Rose, even though he will be likely coming off the bench will be the Knicks’ most distinguished passer in this upcoming season. Rose, due to many injuries and age is forced to be more of a share-the-ball type player, rather than an iso scorer and rim attacker.

Although Rose being your main assist man doesn’t sound very appealing, the Knicks will get enough well-rounded production in this department for it not to be an issue going forward.

Offensive inconsistency and lack of firepower reared their ugly head in their playoff series against the Hawks. This offseason, the Knicks brass did a good job in my opinion in addressing this issue, with the acquisitions of guards Evan Fournier and Kemba Walker and the draft selections of two promising backcourt players Quentin Grimes and Miles McBride. With Obi Toppin, R.J. Barrett and Immanuel Quickley expected to take even more steps forward this year and with Julius Randle already being great, the Knicks should be an improved offensive squad.

Julius Randle is the easy answer here for who is the best playmaker, as he was the team’s leading scorer last season and one of the best offensive talents in the NBA last season. Kemba Walker and R.J. Barrett might have something to say about that, but for at least this upcoming season, Randle will still be the Knicks’ most potent threat.

In terms of Randle’s status among no. 1 offensive options in the NBA, he is not in that elite class that includes Stephen Curry, LeBron James, Damian Lillard, Giannis Antetokouknmpo, Kawhi Leonard, etc. Randle, to me, is more of a second-tier star, who isn’t an ideal no. 1 on a championship team. I do think the Knicks could be at a disadvantage against many teams when comparing top options.

If we do see guys like Barrett take a massive leap and Kemba turn back the clock a little bit and be a 20 point-per-game-plus scorer again and provide Randle with help and support, I don’t think the Knicks lack of a true no. 1 will be as much of an issue.

This category is also, more difficult to analyze, given that the Knicks do not have one specific player who stands out in terms of three-point shooting. Looking at this from more of a team perspective, the Knicks retained three of their six players who shot 40% or above from behind the arch, per ESPN Stats. Frank Nitlikina (47.9%) and Reggie Bullock (41%) have landed in Dallas, but Ntilikina’s high percentage is helped out greatly by a small sample size. Alec Burks, Derrick Rose, and Julius Randle aren’t lights-out shooters by any stretch but are solid enough in that department to be viable.

The additions of Walker, Grimes, and expected improvement of Quickley and Barrett should make the Knicks a decent enough three-point shooting team, but I wouldn’t expect them to be a juggernaut like the Warriors.

Overall, in these four major categories, the Knicks stack up decently in offensive firepower, three-point shooting, passing, and rebounding. Although this team is headed in the right direction, the Knicks aren’t quite as formidable in these categories as other top teams in the NBA, and that’s O.K. We are finally at a point where fans can watch a well-rounded team that isn’t absolutely deficient at multiple parts of the game.

»READ: the next steps for RJ Barrett’s progress will come in the postseason