How Does Knicks’ Obi Toppin Fit With Tom Thibodeau? 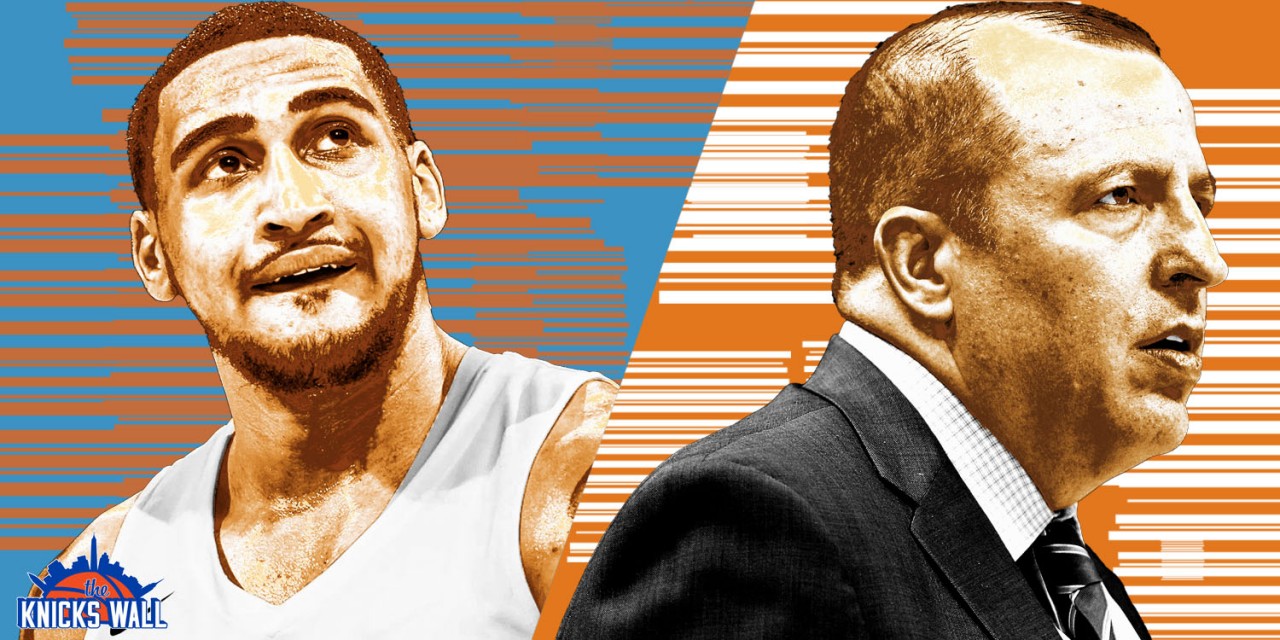 The new member of the Knicks’ growing core of young players, Obi Toppin is the first to be thrown into head coach Tom Thibodeau’s fire.

Just over two weeks ago, the New York Knicks’ draft wish came true as Dayton power forward Obi Toppin fell all the way to the eighth overall pick. The 22-year-old John R. Wooden Player of the Year Award winner comes into New York as prepared as any player in the 2020 draft class.

Toppin averaged 20.0 points per game, 7.5 rebounds per game and 2.2 assists per game during the 2019–20 season. He also shot 63.3% from the field, 39.0% from three, and 70.2% from the free throw line. There’s no doubt Toppin is an offensive powerhouse, and that’s fueled by his ridiculous leaping abilities that lead to highlight plays.

Despite Toppin’s offensive abilities, there have been several questions surrounding his defense. Toppin did average 1.0 steals per game and 1.2 blocks per game, but his lateral quickness isn’t great. There were instances of Toppin getting blown by in college, and that’s something he’ll have to improve upon. Defending in the NBA is lot harder than defending in the A-10.

Toppin’s unique blend of instant offense and vertical athleticism combined with questionable defense and lateral athleticism has led to the question of how he’ll fit in with Knicks’ new head coach Tom Thibodeau.

In seven and a half seasons as an NBA head coach with the Chicago Bulls and Minnesota Timberwolves, Thibodeau has been known for his defense, something the Knicks haven’t had since 2012–14 with Mike Woodson (who’s now on staff as an assistant).

Here’s a look at yearly team statistics for Thibodeau-coached teams.

It’s pretty clear why Thibodeau has a reputation as a defensive coach. In his first four years as an NBA head coach, his Bulls ranked in the top three in opponent points per game, ranking first in two of those four years. Additionally, the Bulls ranked second or higher in Defensive Rating (DRtg) in three of those four seasons. In the season they ranked outside the top-three, they ranked sixth.

Even in Thibodeau’s worst defensive season in Chicago, his last season, his team ranked ninth in opponent points per game, and 11th in DRtg. The most interesting thing about Thibodeau’s defensive stats is that they fell once he went to Minnesota. In his two and a half seasons with the Timberwolves, Thibodeau’s teams ranked in the bottom half of the league defensively in each. Furthermore, in Thibodeau’s two full seasons in Minnesota, the team ranked 27th in DRtg.

The big question was whether this was a result of roster construction or of Thibodeau’s failure to adapt to the NBA’s style changing to more offense, more threes, and more pace. However, it doesn’t change Thibodeau’s proven track record defensively. Since the main concern about Toppin is his defense, it’s reassuring that he has a defensive head coach. The hope is that Toppin will learn from Thibodeau, and be able to improve on that end of the floor.

A main stat for Thibodeau-coached teams to look at is pace. In all seven full seasons Thibodeau has been a head coach in the NBA, his team has ranked in the bottom eight in pace. This will be familiar to Toppin. In 2019–20, Dayton ranked 220th in college basketball in adjusted tempo according to KenPom.com. Dayton also ranked 151st in average possession length on offense.

The slow pace will help Toppin, not only because he’s used to it, but because he’s a guy you can run your offense through in the halfcourt. Toppin is an underrated passer, which will be a pleasant surprise for Knick fans who haven’t watched him play.

Obi Toppin attacks the closeout and delivers a heck of a skip pass to the wing for an open 3 pic.twitter.com/GYzfdkzyWC

One comparison that has been thrown around is Toppin and Carlos Boozer in Thibodeau’s system in the early 2010s. Boozer isn’t the same player as Toppin. Boozer couldn’t shoot, and Toppin can. Also, Toppin is more athletic than Boozer was. That being said, both are known as offensive-minded players, and not great on defense.

In terms of the defensive BPM metric, Boozer had two of his three best defensive seasons under Thibodeau in Chicago.

Also keep in mind that Boozer played next to Joakim Noah in Chicago, who was a great defensive anchor. Toppin will have Mitchell Robinson next to him, another good defensive player. If the Knicks can surround Toppin with the right players through the next few seasons, his defense won’t be a major problem in Thibodeau’s system.

Another aspect of Toppin’s defense to consider is that he’s a late bloomer. Toppin is 22 years old, but didn’t debut at Dayton until he was 21. He also dunked for the first time in his senior year of high school. There’s a solid possibility that Toppin isn’t your typical 22-year-old in the NBA Draft who’s done developing. He still might get a lot better, and that applies to his defense as well.

If Thibodeau can improve Toppin’s defense to league average, then Toppin has a chance to be a great NBA player. Overall, there’s a lot to be excited about.