How Frank Ntilikina Can Crack the Knicks’ Rotation 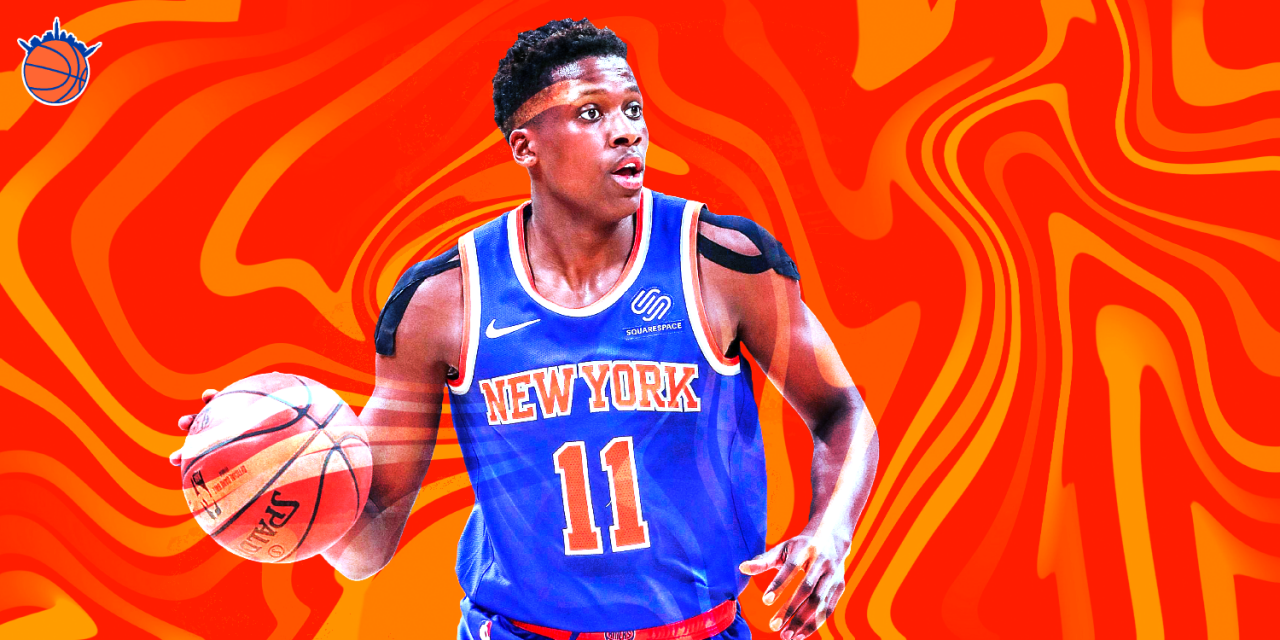 Frank Ntilikina will enter his third season in the NBA with more questions than answers. The bar is raised with added point-guard competition in Dennis Smith Jr. and Elfrid Payton.

With the offseason additions of point guard Elfrid Payton and a plethora of 2 guards on the roster to complement presumed starting lead guard Dennis Smith Jr., third-year guard Frank Ntilikina has found himself in quite the pickle.

When an 18-year-old is drafted as a “project,” he would presumably be given the room to grow into the player the front office envisioned when they drafted him—but that wasn’t exactly the case with Ntilikina last season. He may be hard-pressed to find real rotation minutes this year again.

In order to crack the rotation with consistent minutes, a few things need to fall right. Another player would have to fall out of Fizdale’s favor. Some poor or lazy play from Payton or Dotson might do the trick. But Ntilikina also has to show some real progress too, especially on the offensive end. He just turned 21 and is growing in to his adult body. Per Instagram, which indeed can be deceptive, he looks like he’s been hitting the weight room.

Part of the reason the young Frenchman found himself in Fizdale’s dog house for most of the season was his lack of aggression. That may take a mentality shift; a tough one to make having come from Europe where the offensive schemes are all pass-first and about finding the little advantages to get the best shot possible. Ntilikina discussed this a while ago on a French-language podcast, talking about how the NBA is much more one-on-one ball than team-centric play. Straight up beating your man and getting to the cup is required to get NBA defenses really shifting, since most won’t abandon scheme if a player like Frank gets a small step on his man. He just doesn’t carry that gravity (yet) to move whole defenses.

In his two seasons with the Knicks, he took 21 and 18 percent of his shots at the rim, respectively, good for the 22nd and 17th percentiles among guards. Problematically, his percentage of shots from the long mid-range area ranked in the 98th and 87th percentiles in these two seasons as well, according to Cleaning the Glass. He’ll need to adjust his shot distribution to get to the rim more.

Another major indicator of that lack of aggression is in the percentage of shot attempts Ntilikina was fouled on. He was fouled on just 4.0 and 3.5% of his shot attempts thus far in his career, both below the 15th percentile among guards.

In addition to playing more aggressively and adjusting his shot profile, Frank also needs to start canning his shots at a higher percentage. He ranked in the 0th percentile among guards in points per shot attempt last year. Yeesh.

Frank’s jumper is generally prettier than it has been effective, in part because he has too long of a dip, so it’s harder to get his shot off and convince people to bite on a pump. Show and go’s generally work best if your natural catch-and-shoot motion is a quick one (save Joel Embiid’s slo-mo pump). He is clearly aware of this and is trying to speed that motion up. Look at how his dip is a little bit quicker here:

@frank_ntilikina THE WORK WILL SHOW ?? My guy is one of those players you can’t wait to get in the gym with‼️ Works, listens, pays attention to detail, isn’t afraid to get outside his comfort zone and most importantly is having fun during the process‼️ #tylerrelphbasketball #hoopdynamic #work #knicks #NewYork @nbouna @andrewquinn17

Some of Ntilikina’s tendencies from European play can be positive. The 6-6 guard has always been patient with the ball in his hands, waiting for plays to develop and rarely forcing passes that aren’t there, via the eye test (not backed up in his high turnover percentage, though). He plays stylistically like a player who is in a Spurs-lite system, but Ntilikina doesn’t have the system whirring around him. Something to watch in FIBA play this summer, where Ntilikina is competing with Team France at the World Cup, will be whether he regresses in to that Euro-style comfort zone instead of trying to beat his man to the rim.

He’s been working out with flashy, self-indulgent Instagram trainer Tyler Relph all offseason and there’s plenty of clips of him working on finishing through contact.

Another major area for growth for Frank is in his handle. It hasn’t been that tight through his first two seasons, and he often carries the ball behind him when he drives. Luckily, handle is Relph’s specialty, so they’ve been working on tightening that up. If he can keep that dribble strong, it should aid him in being able to exploit openings he sees. Even in the workout clip below, his comfort zone with the ball in his hands sits a little too high.

On the defensive end, Frank’s been stellar. There’s always room for growth as his off-ball awareness could improve, but his on-ball chops are already some of the best in the league. His grown-man body should help him this season in being able to slide to defend 1 through 4. He has done very well when switched on to bigger players, often using his stealthy reach to poke the ball out and standing with a strong base to disrupt the larger player’s center of gravity.

Ntilikina is most effective defending the 1 or 2 spots because his size advantage closes out plenty of passing space and makes him arduous to get around. Some of that advantage is neutralized if he shifts down to defend 3s or 4s, but the fact that he’ll be capable of doing so should allow for a little more positional flexibility, increasing his chance of seeing minutes.

There’s a lot Ntilikina can improve on to show Fizdale he deserves real minutes. Fiz likes wacky lineups. He’ll get his shots at the beginning of the season to show he deserves a chance. His play through two years hasn’t inspired much confidence, so Ntilikina will have to take some big strides to stick with the team and maybe in the league. Primarily, he needs to show more aggression and start hitting some damn shots. The rest should fall in to place if he takes steps in those two departments.