How Frank Ntilikina Is Changing His Offense 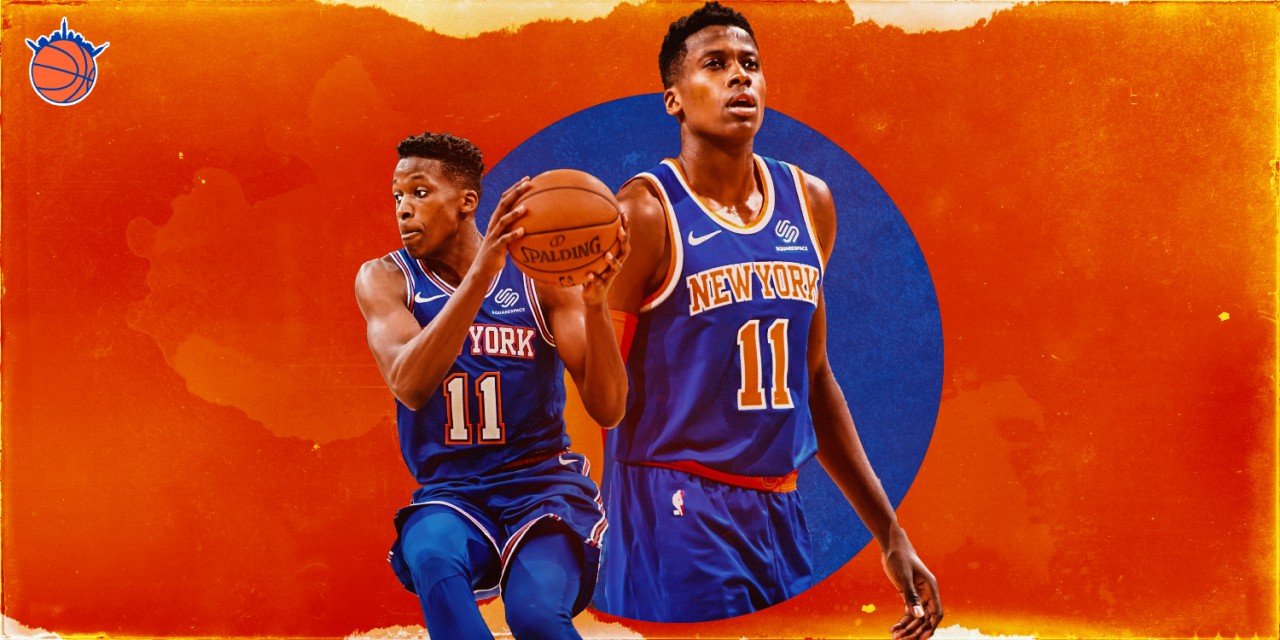 The New York Knicks are more than halfway through the 2019–20 season and it’s obvious Frank Ntilikina has made improvements to his game.

The Knicks’ goal, the same goal as every team, is to create a contender. There was a lie that the front office told about building that future great team through the draft and young talent. The Knicks completed the first part of that attempt—losing enough to get high draft picks—but have failed in every other aspect.

Is New York in a better spot now than they were two seasons ago when they pivoted to a rebuilding team and traded Carmelo Anthony? Does the future look bright? If so, why are there rumors that the Knicks are interested in Andre Drummond? Why hasn’t Perry traded Marcus Morris while his value is at its apex? The Knicks conceive of plans like the guy who makes the same New Year’s resolution year after year; they stay the same despite the promises.

For a team invested in a “young core,” why was the average age of the starting lineup last night 28.4 years old? Are any of those player going to be in New York in two years? Frank Ntilikina has to watch from the bench as veterans who wanted a paycheck see more time on the court in Madison Square Garden. Being drafted as a prospect is a death sentence if your team does not know how to develop young players. Despite all the drama, coaching changes, and limited opportunities, Ntilikina has improved throughout his third season.

The biggest change so far has been simple: Frank has been feisty. (New nickname for when Ntilikina takes double-digit shot attempts in a game; Feisty Frank? Think about it.) While the possessions where it looks like Ntilikina was just told that Jeff Hornacek was going to come back and give all his minutes to centenarian Jarrett Jack if he made an error are still present, those possessions are dwindling as we enter the 2020’s.

While his overall field goal and True Shooting percentages don’t look like they are massive improvements from his first two seasons, Frank has been consistent about which shots he wants to take. That decisiveness has had a big effect on how he is attacking the defense, leading to fewer plays featuring that terrified look in his eyes that dominated his sophomore year.

His ability to get to his favorite spots has increased due to a tighter handle. That elbow jumper he has always loved has become a good shot for him. The 21-year-old is shooting 47.9% from that range with only six of those shots being assisted. I argued over the summer that Ntilikina should limit those attempts by stepping back a couple of feet to launch a three instead, but if he is going to shoot better from that range than Steph Curry did during both his MVP seasons, then let them fly.

While I still don’t think Ntilikina could be the main ball-handler on a good team, he doesn’t look like a freshman trying to dribble around upperclassmen anymore:

Just look at the moves on display here: he spins away from Collin Sexton, crosses Larry Nance Jr., and forces Kevin Love to pick between guarding the pull-up shot or an open Robinson dunk. Once Love decides to cut-off the lob, Ntilikina acts quickly and swishes from his favorite spot on the floor. Does this play represent a player who has been called “timid” his entire NBA career?

Not only has his jumper looked better, but Ntilikina is finally prioritizing the most efficient shot in the game. While he’s still not a wrecking ball headed towards the rim, he looks like LeBron James when you compare his attitude in the paint from last year. Usually he just goes for a layup, but…someday he’ll start finishing those dunk attempts that look like they should be posters. Ntilikina has already attempted more shots at the rim halfway through this season (while shooting a higher percentage) than he did for the entirety of last season!

Could sophomore Ntilikina have the courage to try a move like that?

Frank’s persistence to get to the rim has allowed the Knicks to profit off of their easiest way to get a bucket. Always lurking behind Ntilikina’s long strides is the 7-1 menace, Mitchell Robinson. Robinson is arguably the best roll man in the entire league, averaging more points per possession out of pick-and-rolls than anyone else who runs them consistently. The Knicks’ failure to capitalize on their best young player’s strengths has been one of the most disappointing parts of a horribly disappointing season.

The young center and point guard (both only 21 years old) have had an on-court bond as of late. This culminated in the game against the Trail Blazers where Ntilikina had 10 assists with zero turnovers in 22 minutes, including generating four easy flushes for Robinson:

This is the Knicks’ future, so why the hell has Frank only played over 20 minutes once in his past six games?! He isn’t Donovan Mitchell, but he is who the Knicks picked with their first round pick. He has clear strengths, and has developed despite New York not making him a priority. If the Knicks front office can’t see the growth from their top-10 pick, they will have to watch him become a good player on another team.