How Is David Fizdale Looking to Build His Knicks Defense? 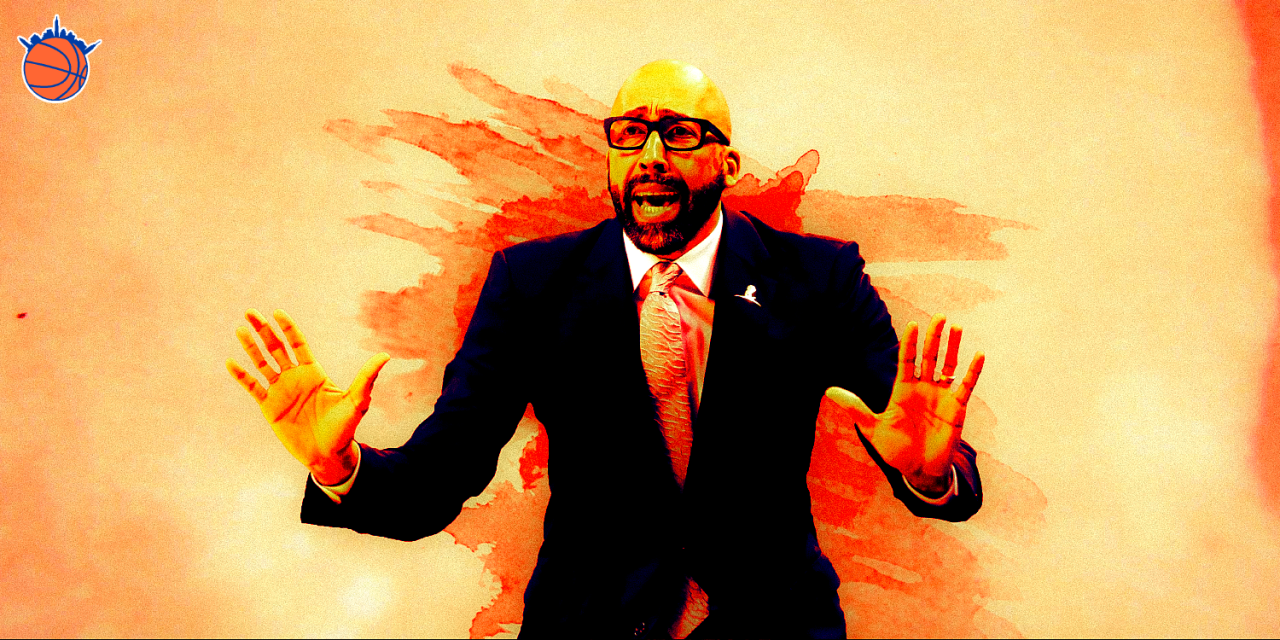 With numerous personnel in and out of David Fizdale’s rotation, we look at how the Knicks head coach plans to install a formidable defense.

Four weeks ago, Evan Cole detailed the basic fundamentals of first-year New York Knicks head coach David Fizdale’s offense. Now, he lays out the organization of Fizdale’s defense in the immediate and future for New York.

One of the oldest clichés in sports is the presumed notion that defense wins championships. It’s often used to either misguidedly invalidate a team with an overpowered offense (hello, 2014–15 Warriors) or prop up a team with a strong defense and meager offense (spare me your valuing of Brad Stevens above your choice of any NBA player).

However, to a more lax definition, a team must have at least a decently above average defense in order to get over the hump and win an NBA championship.

Every team to hoist the Larry O’Brien Trophy since 2010 has boasted at least a top-10 regular season Defensive Rating (DRtg), with the exception of the 2017–18 Warriors, who were battling injuries to each of their four All-Stars at some point of the regular season. Still, Golden State’s DRtg was only 0.2 points per 100 possessions away from cracking the top 10 that year, showing that the defensive margin for being a title contender is ranking within the top third of the league.

Aligning with this trend, Scott Perry and Steve Mills hired David Fizdale to coach the Knicks due to a résumé that has included coaching championship-caliber defenses numerous times. In his first full-year as a NBA head coach, Fizdale re-branded the Grizzlies away from their grit-‘n’-grind mentality offensively while maintaining Memphis’ defensive principles, ranking seventh in DRtg during the 2016–17 season.

As Erik Spoelstra’s top assistant in Miami, Fiz helped construct Heat defenses that ranked in the top five for multiple seasons, and was around the league’s top-third consistently. Still, this year’s Knicks are among the league’s basement dwellers defensively, ranking 27th in defensive efficiency. Why is that? Let’s take a look at some of the factors contributing to this lowly statistic and find a path to New York developing a high-level defense in the future.

The Knicks’ defense, by the numbers

First, we’ll run through some data that will highlight the manner in which the Knicks get pulverized on defense a few nights per week. More specifically, these figures provide insight both into the effectiveness of the Knicks’ personnel and effort guarding the basket this year.

To start, the Knicks are pretty bad at allowing opponents to grab offensive rebounds and earn second-chance points, ranking in the league’s bottom six for both defensive-rebound percentage and second-chance points allowed per game. Also, the Knicks get bullied in the paint even before shots go up, as they allow the fourth-most points in the paint per game and give up shots at the rim at the second-highest rate in the league.

In an era which features numerous teams using math to learn that shots at the rim and corner threes are bad, the Knicks have moved in the opposite direction, allowing opponents to shoot corner threes at the fourth-highest rate this season, per Cleaning the Glass. For context, Fizdale’s more-effective Grizzlies allowed shots from the rim and corner at the 15th and 10th lowest rates in the league.

In terms of results, New York is zigging while the league is zagging, but some hustle stats reveal that the ‘Bockers are at least trying. While only tied for 25th in deflections per game, the Knicks are in the middle of the pack in contesting shots and percentage of loose balls recovered, showing that some effort is still present despite having a bottom-two record in the NBA. These statistics lead us to examining the Knicks’ personnel to determine if they are limiting the potential of Fiz’s defense.

The limitations of Fizdale’s personnel

Before getting into the schematic reason for these lowly numbers, it’s important to acknowledge that Fiz isn’t working with much. Out of the roster that’s currently constructed, only Mitchell Robinson, Damyean Dotson, Frank Ntilikina, Allonzo Trier, Luke Kornet, and Lance Thomas have the requisite length and positional knowledge to be bothersome defensively. In fact, since the Kristaps Porzingis trade, the only players to have logged at least 100 minutes and possess a DRtg lower than the team’s by at least 2.0 points per 100 possessions are Robinson, Trier, and Kornet.

Having only about a third of your roster capable of making solid plays defensively severely handicaps the goal to establish an aggressive, disruptive unit. With Thomas unlikely to return, that leaves only five competent defenders who have a chance for returning next season. It’s hard to put much weight into the value of each defender’s individual statistics because of this. Turnstiles like Emmanuel Mudiay, Tim Hardaway Jr., Enes Kanter, and DeAndre Jordan both hurt the stats of those they share the court with and bolster the numbers of players with whom they normally stagger minutes. For example, Kornet’s defensive statistics are probably inflated simply because he’s a better defender than Kanter and Jordan, technically elevating the defense when he’s on the court.

With so many liabilities on the court, it’s hard to fully gauge the Knicks’ defense based on expectations for their personnel, but their roster combined with Fizdale’s tactics can help further explain the team’s struggles.

The Knicks mainly operate in a man-to-man defense, but run a zone defense at the third-highest frequency of any team in the NBA, as of January 16th. Both schemes occasionally show a light full-court press, attempting to get teams to waste extra time before getting into their sets.

To start, New York’s man defense is extremely volatile due to the team’s pick-and-roll coverages. The Knicks often either trap or easily switch when facing a screen. While there is an upside of the potential for creating deflections and getting out on the break, more often than not this strategy leads to teams being able to easily exploit mismatches.

With inept defenders frequently getting put in these actions, it is very difficult for the Knicks get many stops when facing screens. While Mitch has bailed out the defense by either switching or helping at the rim numerous times, the team’s roster is currently too barren to run man-to-man effectively at the NBA level, which is expected for the youngest team in the league.

Alternatively, typically when trailing, Fizdale opts to run a 2-3 zone. While simplifying responsibilities for his neophyte defenders, it also enables him to use an otherwise unplayable frontcourt combination of Kornet and Mitch. The zone is best used selectively, but it has proven to be effective on a couple of occasions, sparking comebacks against the Hornets and Cavs earlier in the year.

Where to go moving forward

The most practical way to improve the Knicks’ defense is some continuity in terms of personnel. If Perry and Co. can retain its few net positives defensively while sprinkling in the addition of some veteran defenders to replace this season’s liabilities, it would go a long way in bolstering New York’s defensive unit next season.

In terms of schematics, Fiz’s hectic, pressure-heavy man-defense should improve with a more talented roster. Continuing to add players with long wingspans would help bother ball handlers on the perimeter and limit drives, lowering the opponent’s frequency of shots at the rim and in the corner.

Additionally, Fiz should continue to stick with his zone defense in certain spots next season. Both the Miami Heat and Brooklyn Nets have deployed effective zone defenses this year, and ironically they are the only two teams which have played zone more often than the Knicks. As of January 16th, Miami’s zone allowed fewer points per possession than the Thunder’s man defense, highlighting its efficiency.

Lastly, no strong defense exists without some grit and effort, and it is encouraging that Fiz has the Knicks hustling for loose balls this season. Still, New York needs players who are more effective at defending outside of hustle plays to see a tangible positive impact.

Overall, the Knicks are in a decent spot to improve their defense significantly in the near future, and should a certain duo of disgruntled free-agents-to-be come to the Mecca, the timeline for Fiz to develop a championship-caliber defense will shrink to one offseason. Thankfully, it’s decently possible he can make it happen.