How James Dolan Has Impacted the Knicks’ Perception 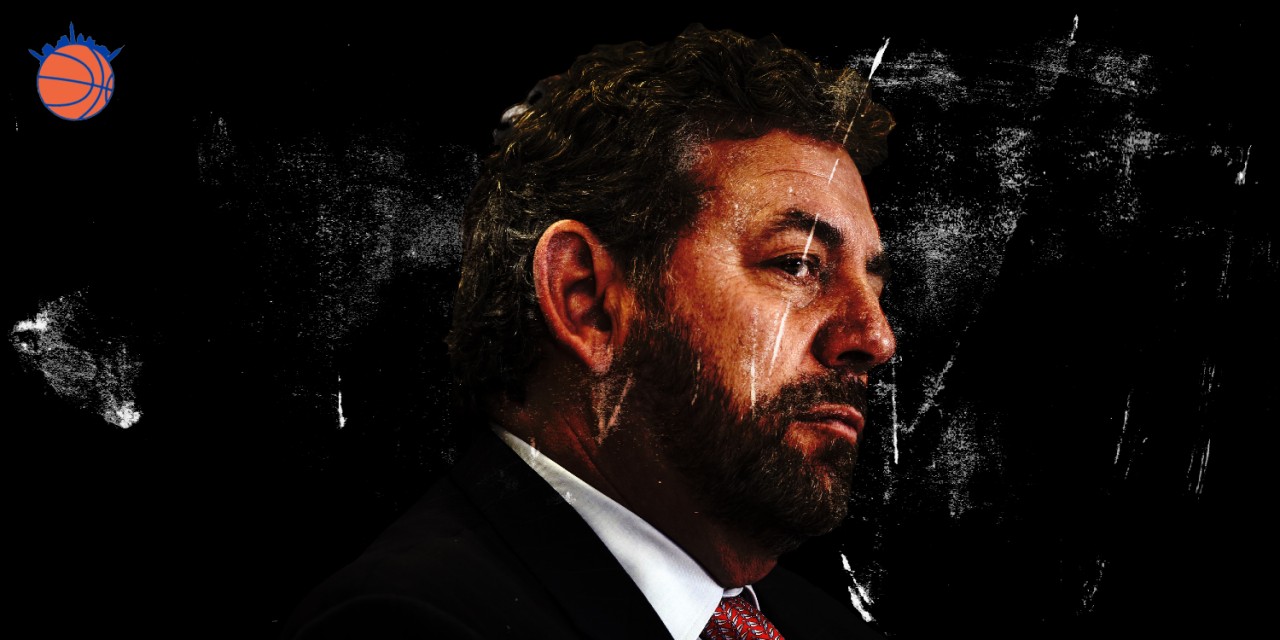 Recently, Knicks owner James Dolan prevented any powerful message during a time of social unrest from seeing the light of day. It’s undeniable he has an impact on the perception of the New York franchise.

The New York Knicks’ faithful and, quite frankly, anyone who pays any attention to basketball are well aware of their on-court shortcomings over the past couple of decades. One of the most iconic and relevant franchises in NBA history has become non-competitive and largely irrelevant. Sadly, they haven’t legitimate title contenders since the Patrick Ewing and Allan Houston days.

From awful executives to clueless coaches to an overall poor collection of players, the Knicks have just simply failed over the last 20 years in all three of these departments, hence possessing only three winning seasons since the start of the millennium, per Land of Basketball.

The poor on-court product is bad enough to endure, but what has been so alarming, and what sets the Knicks apart from other franchises with poor records, are their constant mishaps when it comes to off-the-court issues. All of the blunders over the years that make New York the laughingstock of the league fall, ultimately, on the shoulders of one man: James Lawrence Dolan.

An over-arching theme of The Madison Square Garden Company executive chairman James Dolan’s reign as the owner of the Knickerbockers has been his inability to handle criticism in stride.

Dolan is on record insinuating a lifelong Knicks fan was an alcoholic and told him to “root for the Nets” all because he accurately suggested that the Knicks ownership is poor, per CBS New York.

Another fan was threatened by the Knicks owner directly for shouting “sell the team” at him during a 2017 game at MSG and reportedly confiscated t-shirts worn by fans that have called for his dismissal.

Even Spike Lee, the Knicks’ number one fan, has not been safe from Dolan’s sphere of influence. Lee was denied entry through the MSG employee entrance, from his account, by Dolan and was required to enter through a dedicated VIP entrance instead, per Forbes, contrary to his near-lifelong method of entry. When Lee raised questions about this, Dolan sent security to try and resolve the situation, but this ended up doing more harm than good. Lee was reportedly “harassed” at the instruction of Dolan, all over something so trivial like an entrance.

There is not one other NBA owner who has berated their fans like Dolan has in recent history. All of these incidents are well-documented and remain one of the many dark clouds over the Knicks organization.

Luckily for Dolan, Knicks fans are loyal and would likely not bail on the team for any reason, but how embarrassing is it to be on record as an owner who fights with his own fans?

Players and coaches do not want to work at a place where the fans are treated like garbage. If Spike freakin’ Lee is treated like dirt, then who’s to say that everyone in the organization is a target to be attacked by Dolan?

Perhaps the most well-known mistake made by Dolan over the past few years is the Charles Oakley incident, in which the Knicks owner had the fan-favorite former power forward ejected aggressively from the Garden, after a disagreement with security.

Oakley has since spoken out against Dolan and said he has been bullied and ostracized by Dolan for no apparent reason.

Oak was an integral part of many of the great Knicks teams of the ’90s and is one of the most well-liked former Knicks out there. His gross mistreatment at the hands of Dolan speaks volumes and could have/will be a potential deterrent to those thinking about inking a contract with the Knicks.

The latest gaffe involving Jimmy D was his response, or lack there of, to the murder of George Floyd. In a leaked email, the 65-year-old essentially claimed the organization was not qualified to publicly comment on the matter. With a wide range of athletes, franchises, and sports figures making passionate and powerful statements on racial injustice, the Knicks looked tone deaf and unaware in their silence.

To make matters worse, the Knicks ended up releasing a generic and strange statement on June 9th, two whole weeks after Floyd’s killing. The statement came across as missing the point and insensitive, with no mention of Black Lives Matter or police brutality.

Dolan’s bland and lazy response had a very “All Lives Matter” connotation to it and infuriated fans to the highest degree.

With the NBA aspiring to be a progressive league, it is common place for players and coaches to speak out loudly about social issues, regardless of their race or nationality. We’ve seen old white men like Steve Kerr and Gregg Popovich echo the same sentiments as many players of color when it comes to racial injustices and police brutality. The NBA is very united on that front and now more than ever, there is a push for systemic change in America.

With everything going on, it is of the utmost importance to be sensitive to the plights of the black community and ensure that you are going to be part of the solution. In this case, Dolan was tardy in addressing the killing of George Floyd, and when he did, the statement was lukewarm at best.

Despite the fact that there hasn’t been any one player who has come out and ripped Dolan for his lackluster response, this resonates with players. Prospective free agents know now more than ever that Dolan is a factor within the organization and will most likely consider his involvement when deciding where to sign.

Not that the Knicks needed to put out a better statement to get in the good graces of free agents, obviously this issue is much bigger than that, but this just isn’t a good look and could be a potential hindrance to acquiring good players, which could make the Knicks’ woes drag on for longer.

James Dolan has continuously engulfed as the publicly ridiculed face of the Knicks, impacting their awful perception, and it seems like every month there is another PR nightmare due to the incompetent handling at Dolan’s behest (he does sit at the top of the hierarchy).

So many incidents over the years have continued to snowball, making the Big Apple and less desirable destination for free agents. Why would anyone want to play with an organization that is tone deaf on social issues and mistreats their fans and former players?

We are all hungry to see the Knicks rise to prominence and itching to have competitive basketball again. The first step in that is getting some better players in the building, but unfortunately, Dolan has made it difficult for guys to want to come play here.

Until this guy is no longer running the show, I think that the Knicks won’t be able to regain that glamour and buzz that they had for so long before Dolan took over.

»READ: Dolan ‘selling’ the Knicks and the possibility of micro-managing