How Jericho Sims Can Find His Place in the Knicks’ Rotation 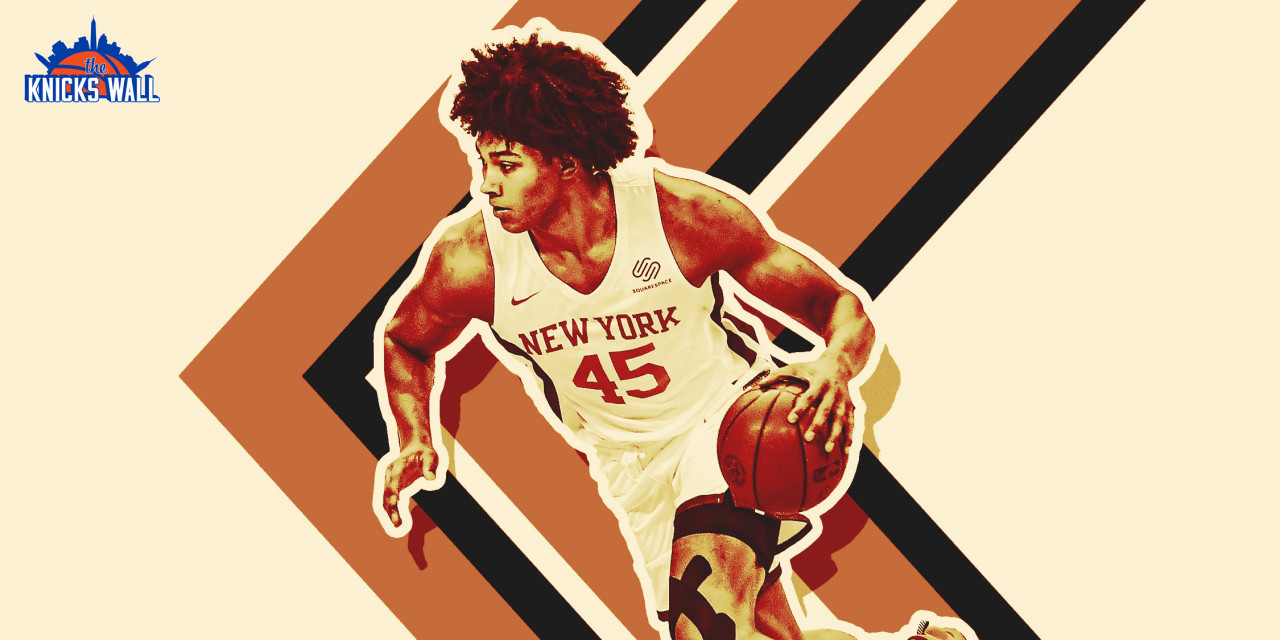 After an incredibly strong Summer League showing, Jericho Sims has given the Knicks another potential option at the forward/center position.

Selected with the third-to-last pick in the 2021 NBA Draft, it was easy to write off Jericho Sims as someone who would be lucky to see any limited NBA action in his professional career. Besides, of players selected with the 58th pick in the last decade, four have never even made it to the NBA, and only two have lasted more than two seasons in the league thus far. However, it’s hard not to get excited over an athlete who can make plays like this look routine.

At 6’10” and 245 pounds, Sims came into Summer League and immediately let the Knicks know he was different from the other 58th picks. The 22-year-old senior out of Texas was fourth on the team in minutes played and averaged a steady 8.2 points and 8.2 rebounds per game. He was a phenomenally efficient scorer, making 81% of his shots taken. This included a perfect 6-for-6, 12-point outing in the team’s first game against the Toronto Raptors.

Sims was equally as impressive on the defensive end, leading the team with an average of one block per game. He was consistently active on the glass, only trailing Obi Toppin with his 8.2 rebounds per game. Sims did lead the team in offensive rebounds, though, with 2.2 per game to help garner easy put-back buckets.

Jericho Sims SO active on the glass pic.twitter.com/WCfeX5V5xk

With Sims having proven himself as a late-draft prospect with some real potential now, it’s natural to wonder how he would fit into the current Knicks’ rotation. Unfortunately, for the time being, it isn’t anywhere within the realm of possibility. With Nerlens Noel re-signed and Mitchell Robinson expected to be healthy, the center position is stuffed. Taj Gibson also looms behind them in the case one of the two sustains an injury.

If the Knicks decided to look at Sims as a larger forward, that position is stacked, as well. Julius Randle is the team’s centerpiece fresh off a four-year extension, and Toppin is expected to make some leaps in his sophomore season off the heels of a solid end to last year and now an All-Summer League First Team selection.

If anything, Sims’ spot on the team this coming season would be very situational. He will likely be a G League regular, called up should there be a barrage of injuries to the forwards and centers of the team. He may also just be brought up later in the season to see if he can match up with NBA talent late in already-decided games. In that case, he is signed to one of the Knicks’ two-way contracts that would limit him to no more than 45 days with the team.

Sims’ chance at a larger role on the team in the following 2022–23 season, though, ultimately hinges on what the team decides to do with their two centers. Robinson will end this upcoming season as an unrestricted free agent, and it is very hard to tell what the Knicks will do with him. While he put up career-best numbers in the beginning of this past season, injuries unluckily derailed him for just about the rest of the campaign. And in the Knicks’ first playoff appearance in nearly a decade, his skill set was sorely missed in the series against the Hawks.

Things were further complicated in that regard when the team decided to re-sign Nerlens Noel to a hefty three-year, $32 million contract. Though there is a team option for the third year on Noel’s contract, the length of the deal led to questions about whether the Knicks would want to re-sign Robinson to a larger contract than the one the only 27-year-old Noel has now. Robinson already has lofty goals for himself this season, hoping to be in the Defensive Player of the Year conversation.

At the same time, Noel’s new contract is highly tradable, and should be an easy one to ship out should the Knicks get a home run trade opportunity for someone like Damian Lillard. In that case, re-signing Robinson off the heels of what would hopefully be a successful season would seem like a great move.

Either way, it’s becoming tougher and tougher to envision a future where both of these rim runners remain on the same roster after this coming season. That is exactly where Sims would slot into the conversation. Should either center no longer be with the team for the 2022–23 campaign, Sims could easily take the position of backup center behind whichever of the two stays.

Sims has shown a lot of the same tendencies as them in his brief playing time—athletic enough to catch lobs thrown just about anywhere in his vicinity like Robinson, and stout enough to shut down opposing offenses in the paint like Noel. The two are among the best shot-blockers in the league, and Sims brings that to the table, as well. Like mentioned earlier, he averaged a block per game during the summer league, and did the same this past season at Texas.

Jericho Sims does not seem like a fun matchup for opposing defenses pic.twitter.com/FgEl7aVf5t

Sims with the block, Obi the slam pic.twitter.com/8bNjRBA7P1

From a salary perspective, it’s also a solution that would work greatly for the Knicks should Sims excel at the role. Sims’ two-way contract is for two seasons, so the Knicks would need to convert him to an NBA contract should he be an everyday contributor. For a player selected as far back in the draft as him, though, this deal would likely be incredibly cheap and team-friendly.

The Knicks should be comfortable enough to give Sims a fair share of the minutes in this scenario. And even beyond that, there’s always time to experiment with Julius Randle and Obi Toppin in the frontcourt. Either way, there is a legitimate case for Sims to be a part of the Knicks’ future plans. He had an excellent Summer League and should dominate at the G League level for most of this upcoming season. As long as he does that, Sims should factor heavily into the Knicks’ decision-making process next offseason.