How the Knicks Can Build Around RJ Barrett and Mitchell Robinson 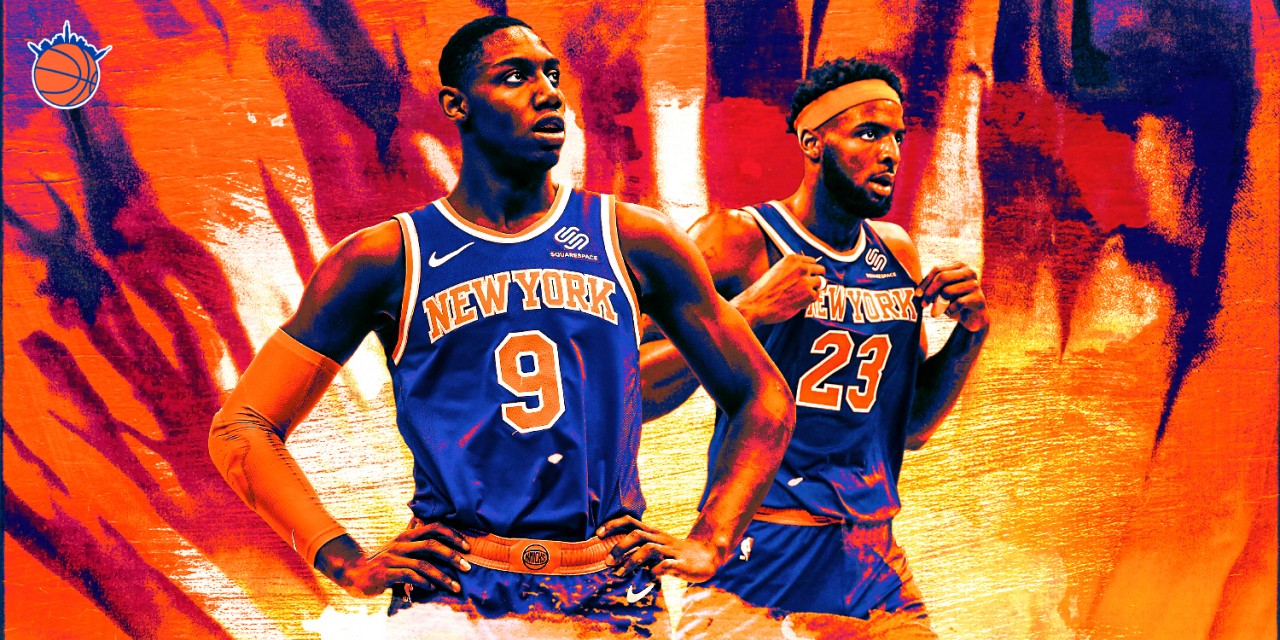 It’s become abundantly clear that the Knicks’ top neophytes are RJ Barrett and Mitchell Robinson. What can the team do next to maximize the two?

New York basketball’s future lies in the hands of two men. Those spring dreams of Kevin Durant and Kyrie Irving donning Knicks jerseys turned into a summer of nightmares, so no, not those men, but two players who are still college-aged: R.J. Barrett and Mitchell Robinson.
The Knicks’ attempt at rebuilding has gone as well as everything else the Knicks have done since 2000 has gone, but these two players have shown flashes that they can someday be important players for an elite team.

That’s not saying it’s all been roses. Barrett turns the ball over frequently, can’t make open threes, and can’t consistently drive past his defender, while Robinson still jumps into most pump-fakes and has not made a shot further than 10 feet from the rim. For a team featuring these two to flourish, it would rely not only on personal development but also a supporting cast that compliments their strengths and hides their weaknesses.

The obvious first upgrade would be an actual floor general point guard who must be respected behind the three-point line. Having a playmaking guard would allow the Knicks to actually use their two most-valued player’s best skills: they are both at their best with the ball out of their hands. Barrett is in the 97th percentile for points per possession out of post-ups, fourth-best in the league. Robinson is in the 99th percentile as a roll man out of pick-and-rolls, and best in the league for players who roll to the rim more than twice a game. Yet these plays are hard to run for the Knicks’ feature players because nobody can get them the damn ball where they want it.

Barrett would thrive playing next to an actual point guard who could get him the ball once on the move. The rookie has been excellent with momentum, either using his strength to bully help defenders or making passes in a crowded paint:

Having to start his action from the top of the key can cause issues for the young guard. Despite flashing potential as a playmaking forward, it’s obvious the rookie’s handle is not NBA-level yet. He gets pick-pocketed often due to his high dribble and loose handle, leading him to average almost as many turnovers as assists. While a playmaking forward may be the former Blue Devil’s ceiling offensively, it’s clear that playing alongside a dishing point guard who can find him coming off pin-downs or weak side cuts will allow Barrett’s inside scoring and quick decision making to flourish.

The real benefactor to a floor-general leading the offense would be the only positive player from the Knicks’ 2018–19 season. Robinson is arguably the best roll man in the entire league. He’s like a multiple Gold Glove winning outfielder; he can catch anything thrown even remotely in his vicinity. Payton is the best lob thrower on New York’s roster but often throws passes like this:

Robinson can still throw them down, but the Knicks are only scratching the surface of the Robinson pick-and-roll. What is DeAndre Jordan without Chris Paul? What is JaVale McGee without Stephen Curry and LeBron James? What is Maxi Kleber without Luka Doncic? What is Karl-Anthony Towns without Jeff Teague?—Just seeing if you’re paying attention. Rim running is a great skill, but without someone who can consistency find that player out of pick-and-rolls, than the team’s offense and ability to pressure the defense at the rim are substantially less than they could be.

Robinson also can’t dominate in the way that Knicks fans have hoped due to his bread-and-butter part of the floor always being filled with defenders. The Knicks have one of the worst three-point shooting and most predictable starting lineups in the entire league. Surrounding Robinson and Barrett with some shooters would open the game tremendously for both of them.

Low-usage players who space the floor

Barrett and Robinson often share the court with Elfrid Payton, Julius Randle, and Marcus Morris, all of whom have usage rates over 22%. Morris and Randle have been using their time with the ball to dribble five times then jack up a shot. In their defense, Morris has been an elite shooter all season and Randle has averaged 21 points per game on 46% shooting since David Fizdale got fired.

The Knicks’ offense is still one of the worst because those two positives are not enough. The ball needs to be in a more efficient point guard’s hands so he can feed Barrett and Robinson when scoring opportunities are presented. Barrett and Robinson may not be able to carry an offense as the second- or third-best scorers in the lineup, but dammit, the Knicks have to try to let the ball get to their young prospects‘ hands more often. It’s clear from this season and every past season in Randle, Payton, and Morris’ careers that they do not hold enough value for the amount of time they spend with the ball.

Attempts to pair Barrett with the Knicks’ current point guards (Ntilikina, Dennis Smith Jr., and Payton) have largely failed because playing 30% three-point shooters at the 2 guard positions makes the defense’s job too easy. Look at every contending team: they have at least one elite shooter in the guard spot. If Barrett is the future 2 or 3 for the Knicks, he needs a deep-ball threat paired next to him. This is what opposing defenses can do against the Knicks’ current roster:

Not only do the Knicks need shooting to compensate for Barrett and Robinson’s lack of a perimeter game, but they need someone who can set them up so they have an easier opportunity to finish.

While they both need to develop, Barrett and Robinson have already shown clear strengths that should make them excellent pros. There are only two players on this Knicks roster that have shown flashes of superstardom. It’s time the Knicks act accordingly.