How the Knicks Can Improve Julius Randle for Next Season 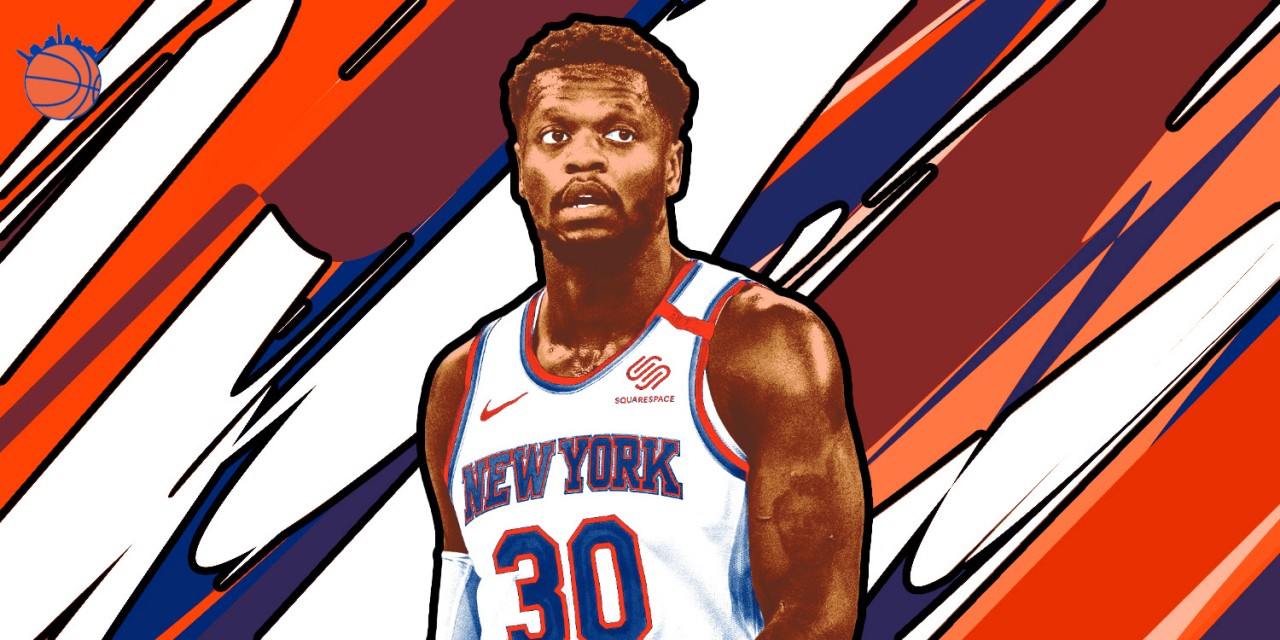 Like it or not, for the time being power forward Julius Randle is signed for next season. The Knicks can identify and improve parts of his game, however.

There’s no use in relitigating the New York Knicks’ efforts in the summer of 2019. Questions like “are the Knicks better off without Kevin Durant?” and “was the cap space used effectively?” are fruitless. Discussions like those are as pointless as the Houston Astros’ apologies or the general election. Whether the Knicks like it or not, Julius Randle is under contract for $18.9 million next year. Instead of discussing what could have been, it is more worthwhile to discuss what should be. Effort is better spent trying to determine how to properly use their marquee acquisition from last summer, one of few players on a fully guaranteed contract next year.

The most obvious fix: abandon the pretense that Randle is an isolation aficionado. Randle averages 3.2 isolations per game. Of the 32 players who average more than two isolations per game, Randle is one of only three players to rank below the 30th percentile in isolation efficiency, per NBA.com. Andrew Wiggins, Carmelo Anthony, and Zach LaVine all rank in higher percentiles as isolation players. Randle was somewhat more efficient one-on-one in his breakout 2018–19 season with the Pelicans, but that was with a team that featured far superior shooting.

The Knicks simply cannot provide the floor spacing to sustain Randle as an isolation player. The only rostered Knick shooting over 35.7% (league average) on three-point field goals is Damyean Dotson. Allonzo Trier and Bobby Portis are the only other Knicks close to eclipsing the average. The Dotson-Randle duo is only Randle’s 10th-most common pairing, and Dotson receives DNP-CD’s more than sporadically. Trier seldom sees the floor. Lineups featuring Bobby Portis and Julius Randle are less competitive on defense than the end of the rising stars game.

Knicks made the right pick. pic.twitter.com/X7cnvOuMDy

With the cramped floor spacing, Randle frequently drives straight into help defense, even when plays are designed to get him going downhill in one-on-one situations:

The above spacing is poor.

Possessions designed solely for Randle account for a significant portion of the Knicks’ offense. Eliminating them cold turkey could be problematic, as the offense would become predictable with so few other options. Aside from the hefty increase in isolation frequency and decrease in isolation efficiency, Randle is largely the same player as he was last year. He was more efficient in transition under Alvin Gentry’s fast-paced schemes, but he has not deviated much with regards to post-ups or crashing the boards.

What has changed? Randle’s newfound predisposition to operate in one-on-one settings has bled into his rolling ability. He is much more eager to pop rather than roll, preferring to launch long twos or to break defenders down off of switches. Look at how content Randle is to stay at the top of the key rather than stepping into the window R.J. Barrett opens up by drawing the double:

Ideally, Randle would take the next step into the lane, allowing Barrett to make the pass through the open window. This would have caused Danny Green to slide over to help, leaving one of the Knicks’ better shooters wide open in the corner.

Instead, the Knicks end up with one of the most inefficient shots in basketball from a below average jumpshooter too early in the shot clock. He is swinging far too wide after setting screens to set up his jumper:

Not only is he deteriorating chemistry with the Knicks pick-and-roll ball handlers, but his interest in using screens to set up isolations prevents the rest of the team from getting involved. When he gets the ball off the pop and there is a switch the offense comes to a complete stop:

From the time Randle pops off the screen, the rest of the Knicks players combine for one and a half steps off the ball. His overeagerness to attack switches completely derails the offense. Watch Barrett in the following clip:

He is the only Knick who tries to move when Randle has the ball. But because Randle is going so off-script, there is no room for anyone to cut. The paint gets clogged, the floor spacing becomes useless when Randle spins baseline, and nothing productive can be done. Compare this to Randle’s habits on the Pelicans last year:

There is nothing groundbreaking going on here, but it is drastically different from what we’ve seen this year. He makes solid contact. He outpaces the ball handler to the rim to keep the passing window open. He doesn’t show any interest in popping to keep the floor properly spaced. Randle rolls to the rim hard enough to draw the corner help defender, giving him the option to shoot or kick to the corner. Clearly, his perceived role as an iso player has deteriorated his fundamentals as a pick setter.

Some of these behaviors would be slightly more permissible if Randle’s defense wasn’t such a hindrance to lineup construction. His best offensive situation would be with three shooters and a ball handler with Randle either as center or next to a floor spacing big.

Despite having the size, strength, and speed to be a valuable defender, Julius Randle has shown little effort on that side of the ball this year. I’m not sure I’ve ever seen him get into a defensive stance. The following clip may be the most blasé attempts at a closeout ever:

He is standing completely upright on the help side, which puts him in a terrible position to approach Myles Turner. He does so with a terrible lunge, a clinical no-no for defenders on the closeout. This allows Turner, not necessarily known for his off-the-dribble prowess, to scoot right by Randle’s top foot.

This is not unforgivable. Players in the NBA are good, and defenders get beat all the time. It becomes problematic, however, when Taj Gibson gives Randle a golden opportunity to get back into the play. That Randle does not make any attempt to alter Turner’s shot is an issue representative of the larger problem his defensive disinterest provides. Randle’s on-ball defense is not the only problem:

When I watched this happen, I was truly at a loss for words. It is as if Randle temporarily forgets he is in a basketball game. His reaction is essentially a flinch, and results in a foul. Randle is carrying himself as a star player, but the results he has provided on the floor are not at all on par with the impact a star would have.

With Miller’s minute distribution being what it is, and for Knicks enthusiasts calling for Miller to #PlayTheKids, it is easy to forget that Julius Randle only recently celebrated his 25th birthday. He has not yet entered his prime and his habits are not set in stone. The current Knicks roster is not ideally constructed around him. If he can tap into some of the better facets of his career year with the Pelicans and improve on defense, there is no reason to believe that next year will go as poorly as this one did.