How the Knicks Can Invest in RJ Barrett 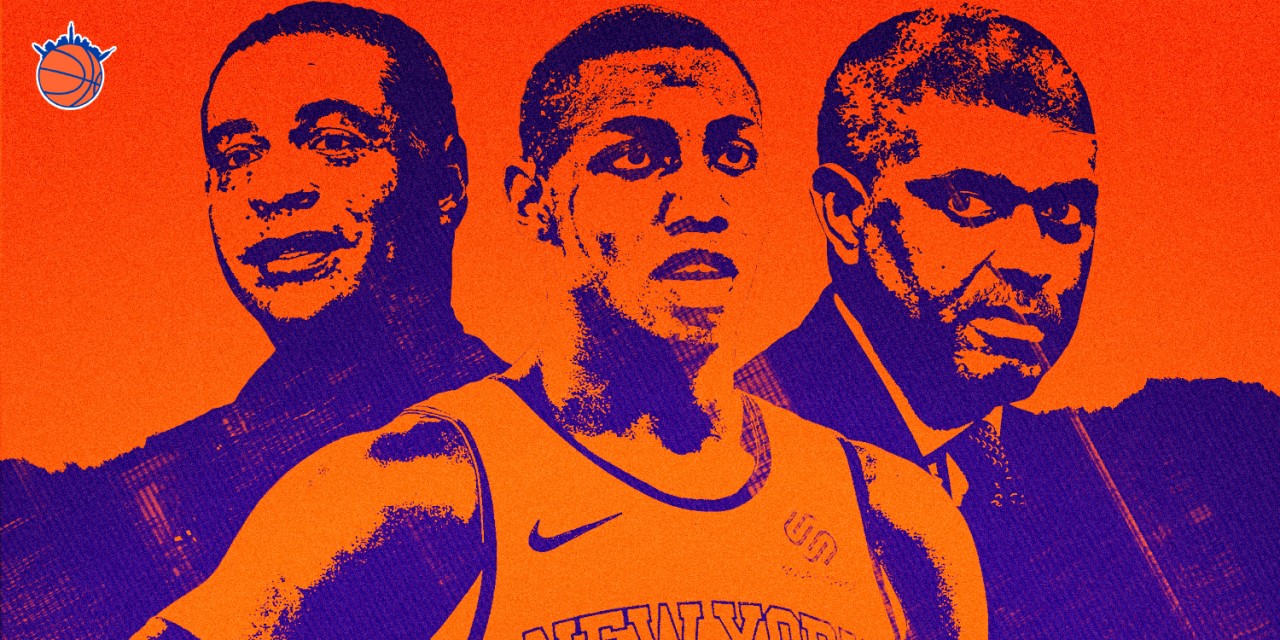 Rookie RJ Barrett looks like the real deal, and the New York Knicks will have to do more to rightfully build around the shooting guard.

When evaluating the New York Knicks’ season so far, there is one standout positive: the play of R.J. Barrett. Clearly, the Knicks used their highest draft pick since 1985 wisely. Even as the youngest player on the team, the neophyte has stood out as one of the best players on the struggling New York Knicks.

Barrett has excelled despite playing on a roster that works against his strengths. With the young players not producing at a high level, and team president Steve Mills and general manager Scott Perry trying to finish a puzzle by gluing pieces together, the end result is a horribly misshapen finished product. One advantage to the signings this summer was that a lot of those wrong puzzle pieces could be gone in a trade or simply an unpicked-up team option.

This would allow the front office to start capitalizing on a few of the areas that are causing the rookie to not realize his full potential.

Lack of a Point Guard/Too many Iso players

Despite being the top prospect out of high school, Barrett’s draft stock dropped during his short collegiate career due to his failure to play without the ball or create elite offense with the ball, despite playing next to the best college basketball player since Anthony Davis. Both of those shortcomings in his game have improved during his first NBA season: Barrett’s usage rate is down almost 10% and he can often be found attacking defenses without the ball.

Point guard play has been an issue for the Knicks since before Barrett was even born, and it is still the root of the team’s issues. Currently, Julius Randle leads the team (besides Elfrid Payton’s four-game appearance) in assists at 3.6 per game. The Knicks have the third-fewest assists in the league; they do not pass.

Lack of passing has limited Barrett’s ability to score. The starting 2 guard is shooting an excellent 39.5% on catch-and-shoot threes but only taking 2.5 attempts per game—not out of reluctance to shoot, but out of reluctance from the rest of the team to get him the ball when he is open.

The iso-heavy offense that Fizdale has been running has limited the rookie’s ability to score off his cuts too. Although an excellent off-ball cutter, Barrett is often ignored due to most of the roster’s lack of desire or ability to pass.

Here is what the offense could like if Barrett didn’t have to generate most of his shots himself:

RJ on the backdoor cut for the THROWDOWN pic.twitter.com/A4aeMCfDIx

Off-ball scorers generally are at their best when someone first attacks the defense and causes the opponent to over-think or scramble: Amar’e Stoudemire in Phoenix, J.J. Redick in Los Angeles, or Tristian Thompson in Cleveland. We don’t necessarily need a LeBron James or Chris Paul, but someone needs to create opportunities for others. On both these plays, Barrett is creating shots out of nothing.

Here is what the Knicks offense normally looks like:

Having the ball in a crafty point guard’s hands instead of Julius Randle or Marcus Morris for most of the Knicks’ possessions would allow Knicks players to actually get the ball in an opportunity to score, instead of players just passing it to each at the top of the key until someone dribbles into a shot. Frank Ntilikina does an excellent job on the above play drawing the defense in, then dishing to Barrett for the flush, yet Ntilikina cannot do this on a consistent basis. Barrett is pretty good at creating shots for himself and others, but would greatly benefit from a lead point guard next to him who could disrupt defenses and set him up as he crashes towards the rim.

Due to the lack of a true point guard, each player takes it upon themselves to generate offense.

Although this results in a made shot, it is not an imposing offensive scheme. This is the Knicks offense in 2019: Someone tries to get something started, he fails, passes it to the next person, he tries to get the offense started, he fails—and the Knicks have the worst record in the East and second-worst Offensive Rating in the league. More plays orchestrated by someone whose job it is to carve up defenses would not only improve the Knicks’ offense but also Barrett’s play. What if Devonte’ Graham wasn’t sagging off Barrett when he got the shot? A good team doesn’t expect the opposing team to just make those mistakes, they go out and force them.

This is a look at Barrett’s shot chart:

It’s obvious that the 19-year-old likes to shoot the most efficient shot in the league—right at the rim, as 54% of his shots are within four feet from the basket, according to Cleaning the Glass. Yet despite his desire to constantly shoot in the paint, he has not been as effective as other slashing wings. Barrett is only shooting 50% at the rim, about the same as Emmanuel Mudiay last season.

An R.J. Barrett drive is like a Marvel movie: sometimes it’s a beautiful, chaotic masterpiece but a lot of time…

It is not very good.

While Barrett’s finishing needs a lot of work, it is not his fault that the paint is always filled with opposing jerseys. Despite a good percentage from deep, the Knicks are third-to-last in threes attempted per game. Marcus Morris is single handedly carrying the Knicks from the three-point line as the only other person who has shot more than 60 threes is Julius Randle, who is shooting a ghastly 26.9% from behind the arc.

The Knicks starting lineup minus Morris is shooting 29% from three. As the Knicks are in the bottom 10 in percentage from every area inside the arc, the defensive scheme is an easy one: protect the rim.

While I am a Frank Ntilikina believer and still think he should stay on the team (and even in the starting lineup) he provides neither the spacing nor the creation that point guards are expected to bring on a nightly basis. Barrett looks like the Knicks’ future, but in order to get the most out of his play, the Knicks will have to fill the gaping holes that this team currently has.