How the Knicks Can Progress Toward an Analytics-Friendly Team 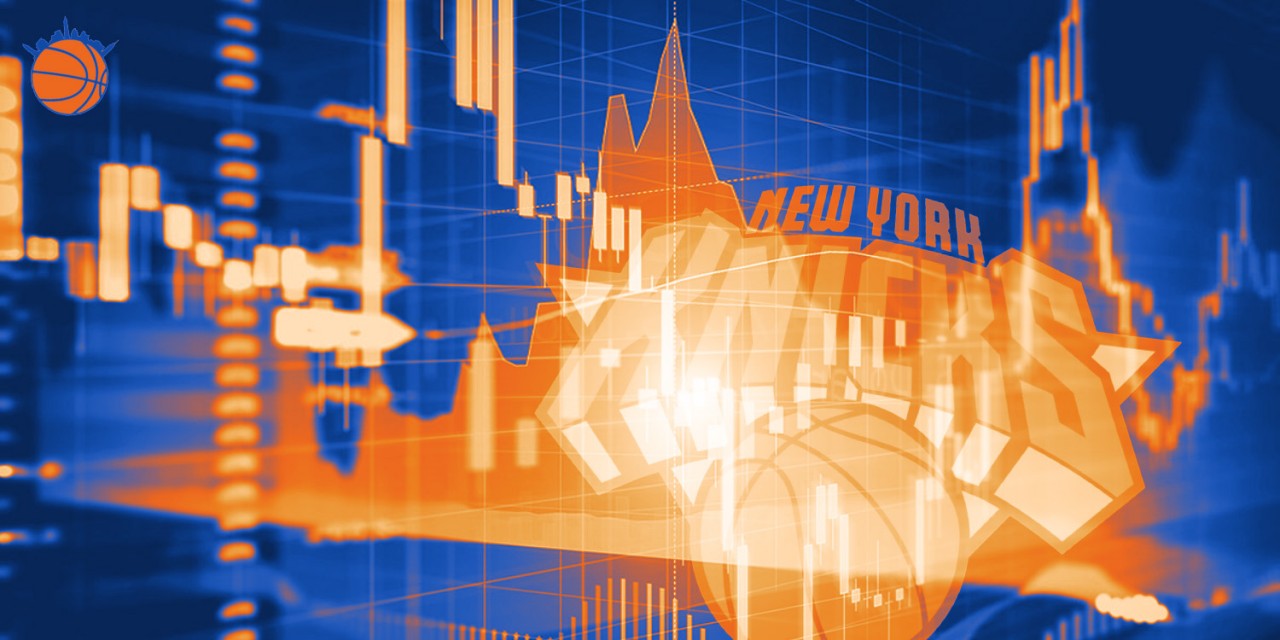 The Knicks were one of the worst teams at preventing opponents shooting three-pointers. That, among other issues, needs to be addressed in the offseason.

Analytics do not always tell a complete story. Numbers can be spun to create or fit certain narratives. There is a reason, however, that the game of basketball looks a lot different now than it did 20 years ago.

Numbers inform key decision-makers in charge of NBA teams’ operations. The New York Knicks recently announced that they hired Kelsey Roberts to fill out their analytics department. According to Seth Partnow of The Athletic, Roberts joins Mike Smith (Director of Data Analytics and Pro Scouting) and Warren Spencer (Basketball Operations Analyst) as the key makeup of the Knicks’ analytics team under new President of Basketball Operations Leon Rose.

Inspired by @hayyyshayyy and @SethWalder, I debuted The List of current NBA Analytics Staffers (as near as I could tell, please update me with questions comments and clarifications): https://t.co/6lXl7qmtLS pic.twitter.com/MKSHY30rAW

There is no guarantee that focusing on analytics makes a team better in the NBA. There is also no denying that the 2019–20 Knicks’ brand of basketball looked a lot different than most other NBA teams this season. The Knicks were one of the worst teams at generating and making quality three-point shots, they relied heavily on inefficient isolations and were not particularly good at them, and, though they improved defensively throughout the season, the team had trouble defending the three-point line all year.

Those are the three key areas the Knicks’ analytics team needs to focus on improving: shooting, driving, and defense.

Last summer, when the Knicks missed out on the Kevin Durant sweepstakes and instead used oodles of cap space on deals for four big men, it was no secret that the team was going to struggle from the perimeter in the 2020 season.

While some of this can be blamed on scheme, the majority of the blame has to be on personnel. The league average three-point field goal percentage this year was 35.8%. After trading Marcus Morris, only Damyean Dotson (36.2%) shot above the league average, while Allonzo Trier and Bobby Portis tied it. The team’s three leaders in field goal attempts per game, Julius Randle (27.7% on three-pointers), R.J. Barrett (32%), and Elfrid Payton (20.3%), shot very poorly from three.

Though the franchise’s centerpieces, Barrett and Mitchell Robinson, have yet to show signs that they will be successful shooters, all hope is not lost. Barrett’s ability to slash to the rim lends itself well to playing with floor spacers, and Robinson’s proclivity to catch lobs and grab offensive rebounds will also help shooters.

Barrett struggled to score at the rim this year in part because he was playing with no spacing. Luckily, the front office has several floor-spacing options to consider in free agency this year. Players like Davis Bertans, Bogdan Bogdanovic, and Fred VanVleet would all be able to quickly develop mutually beneficial relationships with Barrett.

The Knicks’ failure to generate quality three-point looks was directly linked to the team’s interest in inefficient isolation offense. Last season, the Knicks ran the 10th most isolations, but finished in the 6.9th percentile on isolation efficiency.

Again, lack of floor spacing contributed directly to this issue. The Knicks ranked 25th in percentage of drives that ended with a pass, largely because there was usually no one to kick it out to. This problem compounded into coughing up the 10th most turnovers off of drives. Julius Randle in particular was 11th in the league in isolation frequency but finished in the 26th percentile of all players.

Isolations, however, were not the sole cause of analytic woes on offense. The Knicks ran the sixth most post-ups in the NBA last year. Unless your team features an elite post player, this is not a list you want your team to be at the top of. Aside from the Warriors, all the teams that finished above the Knicks (the Sixers, Lakers, Nuggets, and Spurs) all featured one or more extremely effective post players. For these teams, post-ups make sense, but for the Knicks, these possessions mainly just stunted the growth of other players.

These issues also arise from both schematic and personnel issues. The analytics team needs to focus on acquiring players that lend themselves better to modern offensive systems. A true point guard and shooters leading a spread pick-and-roll could further unlock Robinson’s ability as one of the league’s best rim runners. An offense more heavily focused on four-out, one-in motion could help open driving lanes for Barrett that he did not get this year. Now that the team knows the pieces essential to its offense going forward, the next step is to sign personnel that gel with the franchise cornerstones.

Setting aside the dumpster fire that was the portion of the season with David Fizdale at the helm, the Knicks’ defense was one of the few bright spots from this season. Despite a putrid start to the season, the Knicks finished in the middle of the pack in opponent attempts and field goal percentage at the rim. Much of this success can be attributed to former interim head coach Mike Miller’s drop pick-and-roll coverage scheme, which allowed the Knicks’ centers to stay at home in the paint and not worry about switching onto guards or hedging and getting back to the rim.

Two other analytically effective strategies the Knicks employed were to force mid-range jump shots and above-the-break threes. Teams nowadays build entire offenses around generating corner threes, so forcing teams to live on threes from the wing and top of the key is actually a more desirable outcome than allowing corner threes.

Still, the Knicks allowed the 10th most three-point field goal attempts per game, and opponents shot the third best three-point field goal percentage against the Knicks. New head coach Tom Thibodeau will have to face the challenge of maintaining the team’s success at forcing opponents into mid-range shots while also improving the team’s defense of the three-point line. To help in this endeavor, the front office should try to acquire 3-and-D wings this summer, as this player archetype is one of the most valuable in the modern NBA.

While this Knicks’ season was largely discouraging, there is a path forward for the Knicks to return to relevance without sacrificing its biggest current assets or mortgaging its future. To build around franchise cornerstones R.J. Barrett and Mitchell Robinson and create a sustainable, modern NBA product, the analytics team should focus on bolstering the roster with a true point guard, quality floor spacers, and wing defenders.