How Do the Knicks Distribute Minutes at Center in Mitchell Robinson’s Return? 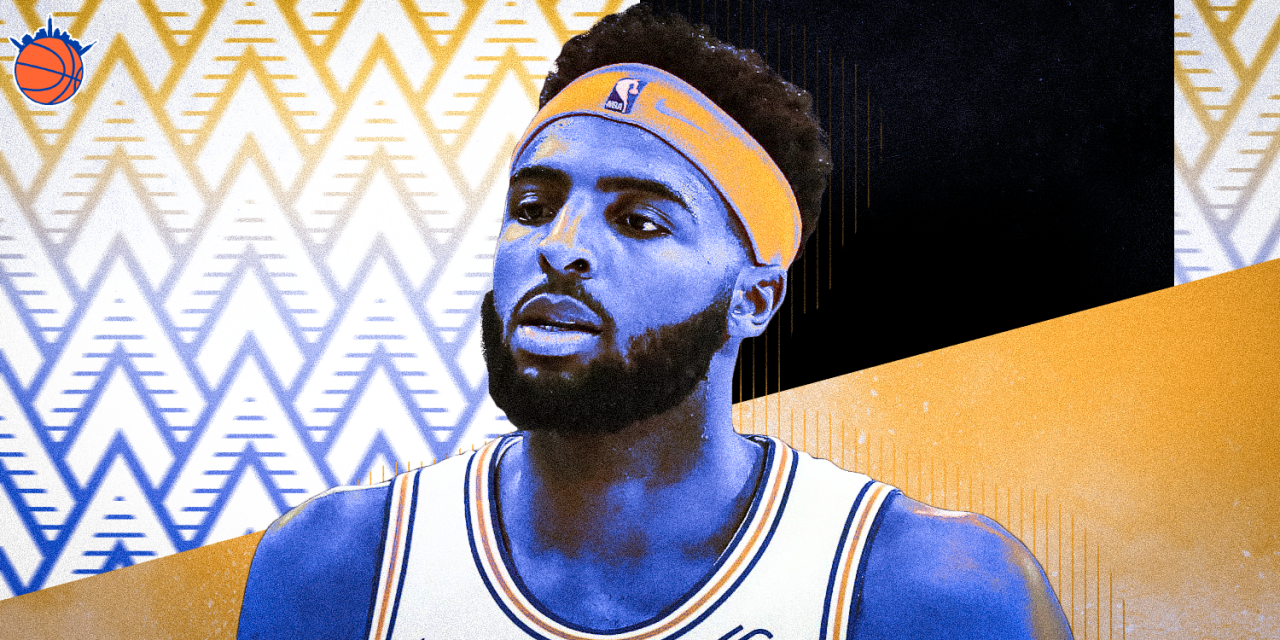 Enes Kanter’s absence from the London game gave Coach Fizdale and the Knicks a glimpse into the team’s center rotation manned by Luke Kornet and Mitchell Robinson—two extremely different types of big men.

It was great to see Mitchell Robinson back on the floor in London as he continues to work his way back from a groin injury that cost him the last 13 games. He only logged 10 minutes, but his return is sure to re-shape Fizdale’s rotation per his distribution of center minutes.

Luke Kornet has been really hot lately and Enes Kanter’s play has been detrimental to the team. Kanter may not be with the team much longer as the Knicks look to deal him in advance of the February 7th trade deadline. They could also look to buy him out if they can’t find a landing spot for him before then.

Kornet’s spacing has become invaluable. In January, he’s connected on more than 40 percent of his 5.3 three-point attempts per game. On the season, his percentage from deep sits at 45.9, per Cleaning the Glass. His stroke is sweet and he’s tall enough that defenders have to get really close to bother him. He nails one or two threes in a game and defenders can’t really slouch off him much.

This is early in the Wizards game, but Kornet had already hit a three (one of his four in the first quarter), assisted by Emmanuel Mudiay. Cognizant of Kornet popping out, Thomas Bryant isn’t quick enough to bump Mudiay off his straight line drive and still recover to contest a potential Kornet three. He leaves the lane wide open for a Mudiay dunk, trying not to get burned again from deep.

But Bryant got his revenge on the next play, shoving Kornet under the rim on a pick-and-roll and scoring an easy bucket.

The sequence was a perfect encapsulation of Kornet’s strengths and limitations. The extra space on the floor is visible, but opposing bigs still bully him.

Mitchell Robinson has a polar opposite skill set. Kornet gets some blocks just by virtue of his height, but Fizdale once joked he could barely jump over an envelope. Robinson, on the other hand, is not only an athletic shot-blocking machine—but someone whose presence intimidates at the rim.

Per NBA Math, Mitchell Robinson is second among rookies with 48.95 Defensive Points Saved, trailing only Jaren Jackson Jr. by fewer than five points despite having played less than half the minutes he has. And among players who have logged more than 200 minutes this season, Robinson ranks first with 3.8 blocks per 36 minutes.

Despite only logging 10 minutes in London, Robinson’s intimidation was on full display in his return.

That block ?, that dunk ? pic.twitter.com/ZW7Yf58kjz

The first block makes Beal hesitant on the second attempt to get to the rim. He had to let go of that floater a little earlier than he expected with Mitch looming. Mitch will still have to deal with his usual foul woes, but he’s starting to build a reputation for himself around the league.

Operating under the assumption that Kanter won’t be part of the center rotation much longer, Fiz would be wise to keep a timeshare between Robinson and Kornet. Both can play alongside Noah Vonleh at the 4 since he’s shooting over 41 percent from deep this season and has shown a willingness to take on quicker opposing bigs on the defensive end.

Kornet’s logged 34 minutes each of the past two games. Expect that number to slide back to around 25 minutes as Mitch works his way back to 15-20 a game. They’re a potent, if inexperienced combo—but each of them provides a valuable skill that opens things up for the Knicks. Kornet spaces from the outside and Robinson’s gravity on rim runs give our guards more flexibility in the paint.

Robinson can play a poor man’s Clint Capela role, allowing New York’s guards to get into the paint and dish with his threat of the alley-oop omnipresent. He works as a nice pairing with Mudiay, who as of now is the team’s best distributor. Robinson, however, needs floor spacers around him though, or else it gets too crowded. One of the beautiful things about Vonleh’s positional flexibility and skill set is that we can use him to space with Robinson or as the bully with Kornet. With Kornet out there, Vonleh uses his wide frame to get close to the rim and the Knicks can play an inside-out game.

It’ll be interesting to see how it plays out with Kornet and Robinson, because Kristap Porzingis’s skill set overlaps with Kornet’s, so the distribution could be a model for how Fiz can use Robinson and KP together next year, with the caveat that KP would need more minutes than Kornet.