How Seriously Is James Dolan Considering Selling the Knicks? 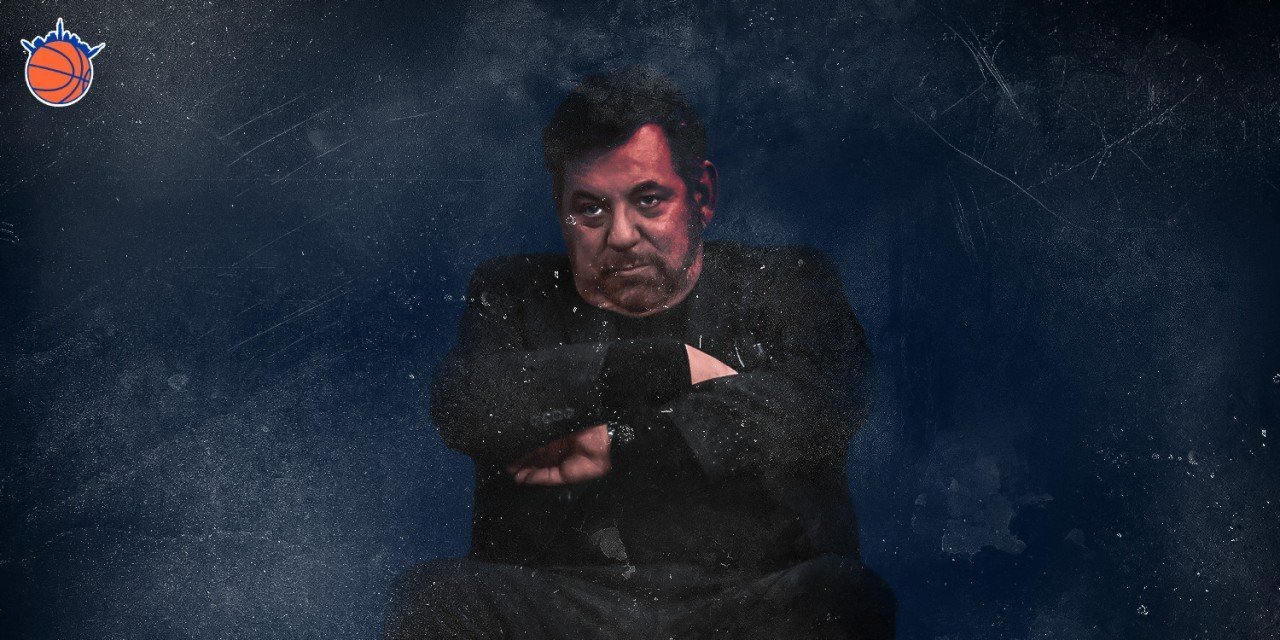 Whispers grow due to reports of Madison Square Garden Chairman James Dolan may consider selling his sports properties, the NBA Knicks and NHL Rangers, at the valuation’s apex.

If where there’s smoke there’s fire, then maybe someone at the Garden should have 9-1-1 pre-dialed. In a podcast with Knicks reporter Ian Begley, ESPN’s Zach Lowe said that over the six to eight weeks before the two sat down on Feb. 22nd, that “there’s been an escalated amount of smoke,” surrounding rumors that Knicks owner James Dolan may sell the team.

Lowe and Begley’s conversation came on the heels of The Ringer’s Bill Simmons announcement—without Lowe’s careful diplomacy—that Dolan is “courting offers.” MSG has strongly denied this. Simmons may have been a tad hyperbolic, but beyond Lowe’s confirmation that something seems to be brewing, there have been several hints as to a possible sale in the air for a while.

In June of 2018, Dolan announced plans to possibly split the Knicks and Rangers off from the rest of MSG. The supposed idea being that, at least according to a source of Begley’s, Dolan may think that his reputation as the two teams’ owner has been irreparably damaged. Begley and others believe that Dolan—who fronts his own blues band, JD & The Straight Shot—is much more passionate about the entertainment side of MSG.

Begley described Dolan as a would-be “disruptor” in the entertainment space. Focusing on making the concert-going experience makes much more sense for the music-loving, harmonica-playing, Eagles-worshiping billionaire than running teams for fan bases that will never love him.

Before Simmons’ scoop, Dolan fanned some of the flames himself in a December interview ESPN’s Ian O’Connor:

“I love the Knicks and Rangers, right,” said the owner. “But you still have a responsibility to your shareholders. They’re not there because they’re fans. You don’t invest hundreds of millions of dollars in a stock because you’re a fan. You do it because you think that the business is going to increase in value, that the stock price is going to go up. You have a responsibility as the guy who runs the place to deliver on that for them, that’s being open and transparent. And so in that position, I could never say that I wouldn’t consider selling the Knicks.”

The bottom line is the team’s bottom line, and there are reports that Dolan isn’t so sure that these team valuations will continue to climb in perpetuity. In 2017, Dolan expressed his concerns about the future viability of sports content due to the fall of cable and bundling. Via Trey Williams of Market Watch:

“Today’s monetization system, the one we’ve had over the last 20 years… Where 90 something percent of the American public who has television pays for ESPN whether they watch ESPN or not, right?” Dolan said during a future of sports content panel at the Consumer Electronics Show in January. “All of that advertising, if that system falls apart, which it looks like it is starting to erode now, it will not even come close to that kind of production of rights value and that’s really the thing we will all have to grapple with.”

Everything in these reports indicates Dolan doesn’t want to be remembered as a sports owner, nor does he seem to believe that owning the teams will be an everlasting faucet of revenue.

None of this means that he is selling the team—but all of these things would happen if he were.

Later in the interview with O’Connor, Dolan acknowledged that there have been some preliminary talks, but none that he would call “a bona fide offer.” Additionally, Lowe said that some groups have begun to come together with the intentions of making an offer, and it’s likely that it will take a group of investors—Dolan claimed the “feelers” he had received were around $5 billion.

Dolan and MSG have repeatedly denied that they have any intention of selling the team, and they will continue to do so until the ink is dry. Both the Knicks and Rangers will have to be spun off separately from the other MSG properties, something that is scheduled to happen this month, according to the New York Post. Then either a group of investors, or one outrageously rich person swoops in and becomes New York’s newest benevolent billionaire savior(s).

Couple these rumors with those of the impending arrivals of Kevin Durant and Kyrie Irving (heavily salted with a Desus and Mero “allegedly”), fans are optimistic, although possibly confused about why Dolan would want out after two stars arrive. However, if the reports of Dolan’s focus shifting toward other forms of entertainment are accurate, their signings could be seen as the perfect time to sell high.

Since the 2013–14 season, the Knicks are 159-316. $5 billion for a team that’s performed so miserably—regardless the media market—could be too good of a deal to pass up for Dolan.

Simmons also reported that ownership will not sell the team as long as Charles Dolan, the 92-year-old founder of Cablevision, is alive. There’s no delicate way to dance around that fact. However, one more potential hold up is that since no deal will include the Garden or any of their other properties, the offers may not be as high as Dolan wants.

According to Forbes, the Knicks are worth $4 billion. The Houston Rockets were sold for $2.2 billion in 2017, when they were valued at $1.65 billion. If this pattern of overpaying held, then the Knicks could be expected to go for $5.33 billion.

The Rockets were sold fewer than three months after they traded for Chris Paul, potentially setting a precedent for a team going on the market after acquiring a star.

A summer that began with signing Durant and Irving, and ended with Dolan selling the team could lead to the first parade at the Garden since the ‘70s. In recent years, Dolan hasn’t publicly meddled with the team’s basketball operations; he’s also been willing to spend—albeit often on the wrong players.

However, as long as he owns the team there’ll be a cloud over the Garden. A cloud that banned one of his franchise’s most beloved former players over a petty grievance. A cloud that accused a fan of being an alcoholic for criticizing his management—after having his own battles with substance abuse. A cloud that hired Isiah Thomas to lead his WNBA team after paying out $11.6 million in a sexual harassment suit caused by Thomas’ actions.

There’s no way to know what new ownership could bring to the Knicks. There’s still a very good chance that absolutely nothing comes from this. But despite emphatic denials, rumors of a sale persist. A lot is riding on the summer of 2019 for the Knicks, but there’s no better place for fans to dream big than the Garden.