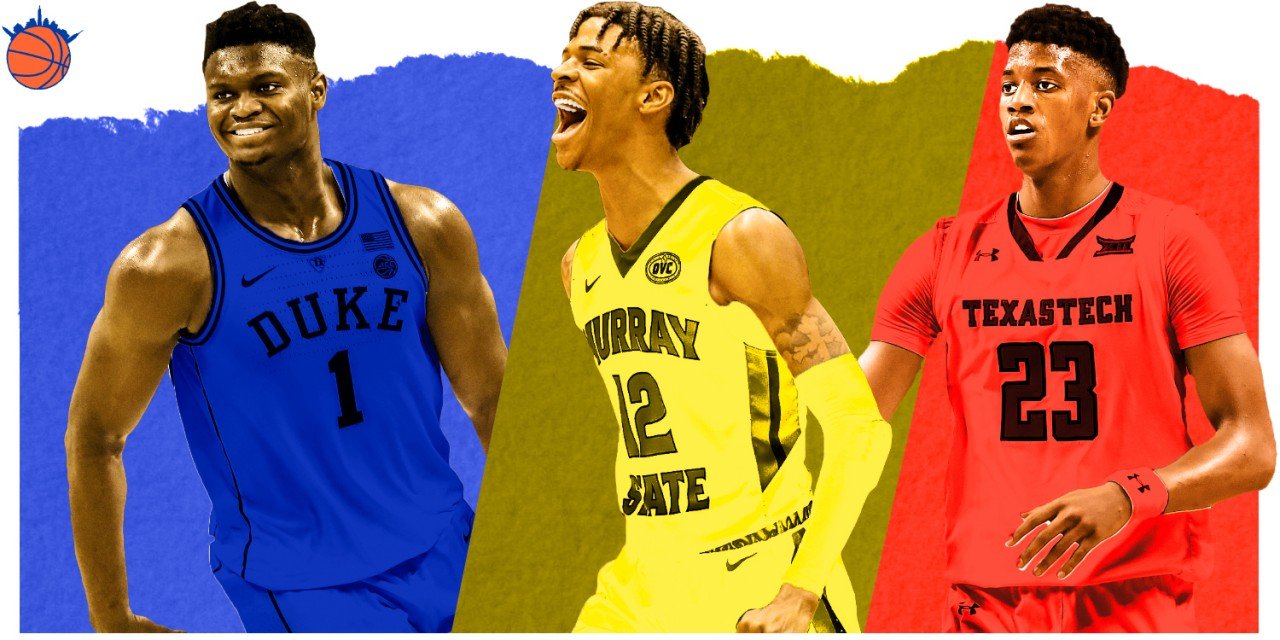 With a better chance to leave the lottery with the fifth pick instead of the first, New York’s future could hinge upon the Knicks having the opportunity to draft Zion Williamson over Darius Garland.

Unlike the previous two, however, New York finds itself with the best odds to land the number one pick, thanks to a 17-65 record. Landing the first overall pick would provide the Knicks a chance to truly alter their timeline by selecting Duke’s Zion Williamson and add one of the top draft prospects in the last 15 years.

Or, use Williamson’s draft status in a deal to acquire New Orleans’ Anthony Davis and walk into the offseason—the biggest offseason in franchise history—with one of the top players in the league.

But what if the Knicks fail to secure the number one overall pick? Per Tankathon.com, the Knicks have a 14% chance at landing the first pick and better odds at landing with the fifth pick than the first. Still, there are several players who could affect New York’s timeline for the positive.

Let’s take a look at some of the top players in this class and how they could affect New York’s current timeline—whether they land the big name free agents they want, or find themselves cultivating young talent again.

In the event of falling to fifth overall, the Knicks will have to figure out their options, including trading back and acquiring another asset or two. This group includes two players who, for various reasons, have small sample sizes heading into the draft.

Entering the college season as a five-star recruit, Garland was seen as a top point-guard prospect and scorched earth early—averaging 21 points on 47.8% shooting from three in five games. Then, he underwent surgery on his meniscus in his left knee and was out for the season.

Meanwhile, Sekou Doumbouya has a larger sample size—25 games played this season—but his translation to the pro game is tougher to manage. At 6-foot-9 with a 6-foot-11 wingspan, Doumbouya, who plays in the top French league, possesses the body for the NBA, but still has ways to go as an overall player.

Both guys could be good moves for the Knicks because of their individual skills—Garland has high-level shooting from the point guard spot, while Doumbouya showed a good finishing at the rim with a decent handle—but they would largely be drafting them with no solid base of games to point to.

It’s unfair, but there’s always one player whom you feel like you have to avoid in the draft. This year, that player feels like Duke forward Cam Reddish.

Entering the NCAA season as a five-star recruit and top-five draft prospect, Reddish was seen as a classic swingman—6-foot-8 with a smooth game on the perimeter. Alongside fellow top prospects R.J. Barrett and Zion Williamson, it felt like those three would help Duke win its sixth national championship.

Only, that didn’t happen.

Reddish was often found at the end of criticism for disappearing in games, going significant stretches where he drifted on the floor. Offensively, Reddish was abysmal—shooting 35.6% from the floor, 33.3% from three and 3.2 free throws per game. Reddish’s handle looked good, but the shooting numbers were poor and if anything, it was his defensive game that stood out above everything else.

One can argue that Duke lacked a point guard who could create for Reddish and Duke’s lack of spacing created an offensive muck for all of its players. Still, 35.6% shooting from someone who you envision in the NBA in 12 months is not great.

New York should avoid Reddish in the draft. He’s duplicative of Kevin Knox and he needs more time to develop as a player.

Now, let’s talk about some players who could jump in and help right away. This is something of a sweet spot for New York—guys who could come in right away and offer positive contributions on both sides of the ball, while also having some upside to be greater.

And none of these guys are viewed as consensus top-three picks, giving New York some options in case the nightmare scenario occurs.

Both Hunter and Culver make sense for the Knicks for the same reasons—high floor players, thanks to good size and defensive I.Q. Both could jump right into the Knicks’ rotation and help space the floor, move the ball on the offense, shuffle positions on defense, and survive as rookies. Both also have intriguing upsides if all things hit.

As for Clarke, he’s more of a hat-tip than an actual realistic draft pick for the Knicks.

In terms of talent, Clarke goes into this category after an uber-efficient season at Gonzaga. He’s a modern-day power forward, capable of moving defensively on the perimeter. He finishes well at the rim and was a key piece in Gonzaga’s successful season. There’s a pinch of Paul Millsap and Pascal Siakam there.

If the Knicks moved down from their original pick, added Clarke and another future asset, we could consider that a win for New York.

If either of these two names come up, there will be some palpable buzz for their arrival in New York, or for their potential inclusion in an Anthony Davis trade. They would also, instantly, become the second-best young prospect on the Knicks behind center Mitchell Robinson.

Barrett faced his own criticisms during his tenure at Duke for being a bit of a ball hog offensively, but the tools are there for a great offensive weapon. With good size, handle and ability to get into the paint, Barrett finished his freshman season averaging 22.6 points, 7.6 rebounds, and 4.3 assists.

As for Murray, he only became the talk of the college basketball world as he willed Murray State into the NCAA tournament. His ability to control the offense and effectively balance finding teammates and his own scoring dazzled as he finished with a triple-double in round one of the tournament.

Truth be told, these two players almost had their own tiers.

Talent-wise, I’m sold on Morant. Drafting him is another question. Between going after Kyrie Irving in free agency and having Dennis Smith Jr. on the roster, it would be a weird allocation of resources to draft another point guard. What happens if you land Kevin Durant and Irving after drafting Morant? I’m not sure.

The difference between the last two groups is ceilings. Barrett has the ceiling of a high-level scorer, while Morant’s ceiling is All-Star guard who gets everyone involved. If New York falls to two or three in the draft, I’ll be interested in Culver—but Barrett and Morant will be tough to pass up on.

On the highway to contention: Zion Williamson

The New York Knicks find themselves in familiar territory—yet again waiting to see if the ping-pong balls can fall in their favor, this time, with a chance to walk away with one of the best prospects in the last 15 years.

However, if the Knicks fail to land the number one pick, then finding the best player who could be molded into a positive player for the next great Knicks team will be the priority. Whether the Knicks go for the likes of Barrett or Morant, or fall in love with one of Hunter or Culver, that player must be considered one of the key priorities in the franchise for the foreseeable future.

New York will have several options to speed up the timeline, but will have a few landmines to navigate through. After recent draft picks of Frank Ntilikina and Kevin Knox, adding a young player who could develop into a star would be a great get for a team looking to woo free agents and make it back to the playoffs after a six-year absence.