How the Knicks Can Enhance Their Asset Portfolio in Free Agency 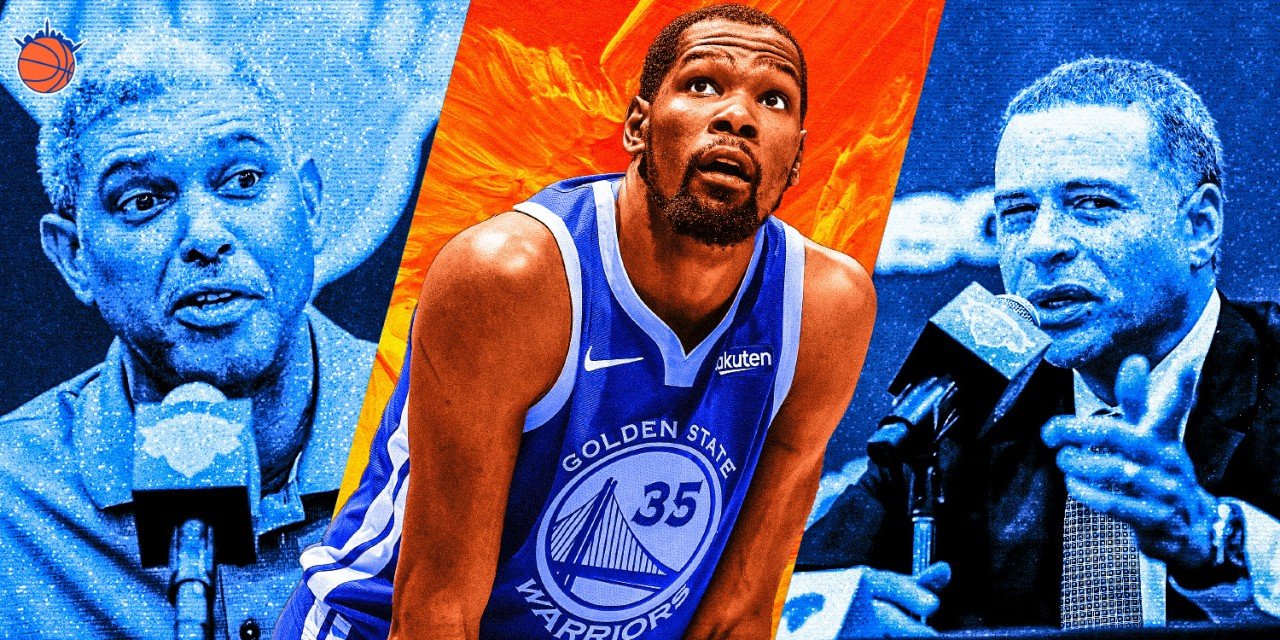 Murmurs around the league indicate bad news on the big free-agent front for the Knicks, so instead it’s germane to strategize how to maximize the team’s salary cap flexibility.

Two weeks ago, the 2019 NBA offseason was considered to be the most important offseason in the New York Knicks franchise’s history. With stakes of acquiring one, maybe even two big-name players, the Knicks were expected to players in this offseason’s frenzy.

Oh, how things have changed.

Kevin Durant tore his Achilles in the NBA Finals and now seems to be a free agency lean towards Brooklyn, where he and Kyrie Irving are expected to team up with the Nets. Anthony Davis, a potential trade target, has been traded to the Los Angeles Lakers. The once promising offseason has seemingly gone up in smoke.

While the Knicks are still “in the running” for the duo of Durant and Irving, it feels like they’ve moved from frontrunners to merely in the mix.

New favorite in the race for KD:

If the Knicks find themselves as losers in the KD race, that doesn’t mean that this offseason is a complete waste. There are several things New York can do to make it meaningful, and set the tone for the direction of the franchise.

New York should pivot towards acquiring assets and young players.

Exploring the younger side of free agency

With nearly $70 million in cap space, the Knicks are going to have to spend money to merely hit the salary cap floor. Why not use some of it to invest in young talent?

Two names that stand out are Julius Randle and D’Angelo Russell. We’ve talked about Russell’s positives and negatives previously, but his combination of age and talent would be enticing for the Knicks, especially if the Nets were to renounce his rights. Randle, on the other hand, opted out of his contract with the New Orleans Pelicans last week, making him an unrestricted free agent.

Last season, Randle finished with 21.4 points and 8.7 rebounds per game. The key number in his game is 34. Last season, 34% shooting from three-point range suggests that Randle is making a key change in his career. His combination of rebounding, passing—3.7 assists per 36 minutes—and possibly shooting could be a nice fit alongside Mitchell Robinson.

Even if the likes of Randle and Russell elude the Knicks, there are plenty of options out there for New York.

Other names of intrigue are Tomas Satoransky (age 27, but offers the size of a power forward with the abilities of a point guard), Jeremy Lamb (26; good shooting plus solid defense), Rondae Hollis-Jefferson (24; can defend and pass, but can’t shoot), and Dragan Bender (22; fits the “re-establish former lotto picks” mantra the New York front office likes).

Either way, New York doesn’t have to be the worst team in the league next season. With the new lottery rules, the ‘Bockers could instead aim for a modest goal next season—say, 30 wins—and still be in the running to add a top five selection in the draft.

Earlier this offseason, Knicks president Steve Mills mentioned the ability for the Knicks to take back some bad contracts alongside compensation. That’s good.

Earlier this week, SNY’s Ian Begley reported that the Knicks are currently “not interested” in taking back bad long-term contracts with assets attached to it. That’s not so good.

After pursuing younger players, taking back bad contracts is a perfect avenue for New York to salvage this offseason, while also stock up assets for the future. One of the key features of the offseason is teams looking to dump bad contracts to avoid the luxury tax. New York should be in contact with teams like Charlotte and Oklahoma City who fit that criteria.

Despite Portland’s recent Evan Turner for Kent Bazemore deal, the Blazers could still look to get off of Meyers Leonard’s contract. Oklahoma City was looking to move the likes of Andre Roberson and Steven Adams during the draft and could do the same this offseason. Miami has a high tax bill as well, which could push them to move the likes of Kelly Olynyk.

Same for Charlotte, who will look to move a contract or two if they retain Kemba Walker. Nicolas Batum would be an ideal cut for Charlotte, but the Knicks should only take that contract back if multiple draft picks are attached. Otherwise, Marvin Williams would function, as he could both help Charlotte save money and help the Knicks win ball games next season.

Between acquiring veterans on short-term deals and future draft picks, the Knicks should be in the business of “helping” other teams now, in an effort to brighten their future.

The New York Knicks appear unlikely to land a top five player in the league like many pundits expected months ago. However, that doesn’t spell doom and gloom for the franchise, nor does it mean the Knicks should punt this offseason. There are still opportunities to build an adequate roster.

With building blocks on the roster in R.J. Barrett and Mitchell Robinson, young players like Kevin Knox, Dennis Smith Jr., and Damyean Dotson, the Knicks could look to add more future draft picks and, potentially, find some young free agency options to integrate into their now long-term plans.

»READ: What happens to the Knicks if Kevin Durant is off the board