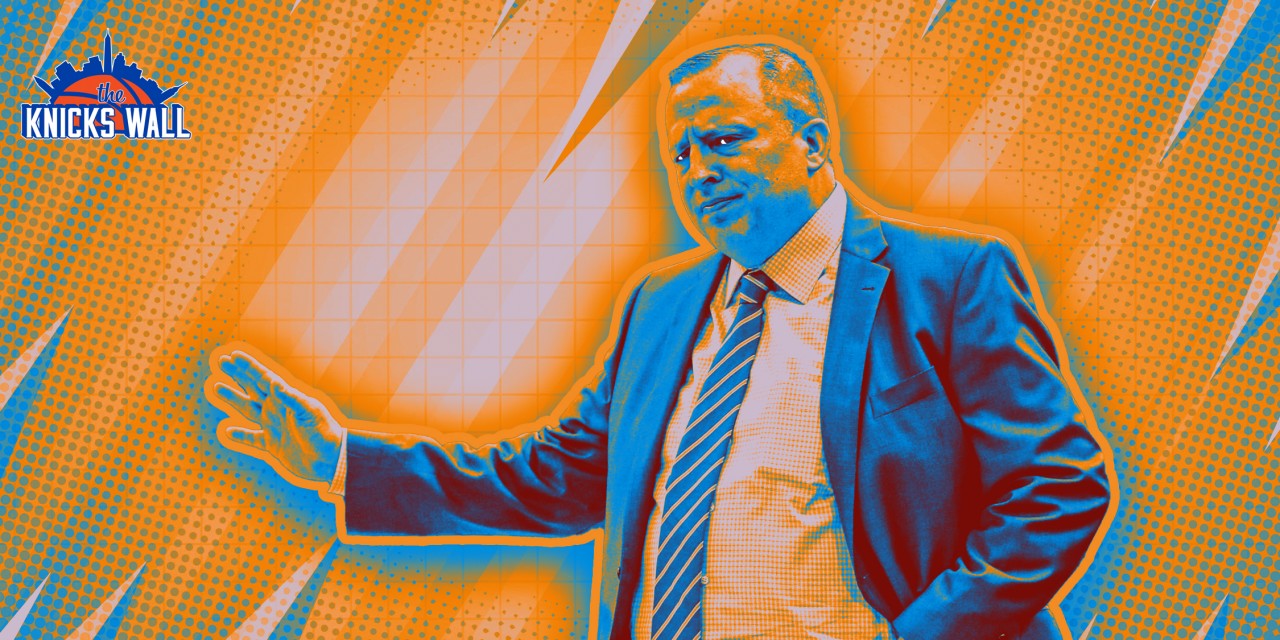 Tom Thibodeau began his tenure as the head coach of the Knicks with serious questions about his relation to the modern game. Now he’s orchestrating one of the best revivals of any team in recent memory.

Last week on ESPN’s Stephen A’s World with Stephen A. Smith, New York Knicks head coach Tom Thibodeau was more candid than usual. Thibodeau went beyond the normal layers of coach speak. Part of that was because of a giddy Smith, who loves the Knicks as much as one who has a job at ESPN can love them. Even the normally stoic Thibs flashed smiles in abundance. After all, when you are talking to Stephen A. Smith, it is impossible not to cheese like you are taking a graduation picture.

Thibodeau, who was an assistant for Jeff Van Gundy, talked about trying to get back to the identity of the 1990s New York teams. “Even though the game was played differently, the winning culture, the discipline, being with an edge and sharing the ball with your teammates, that was the same,” Thibodeau remarked with confidence. He talked about wanting to get back to those ways. Building winning habits is as important to Thibs as who actually starts for the team.

When Smith talks about what Thibs has learned in the year he spent away from the game, he talks candidly. “Every year you want to learn and grow…Every time I step away from the game, I try to visit different teams,” the Knicks head coach said. “It can be in any industry. It’s about leadership. Players are getting younger. I’m getting older. So I looked for ways that I can continue relating to players.”

If Thibs seems more forthright than usual, consider what people were asking before he took the job. Could he relate to the players? Could he play a style of basketball that made sense a decade after he led the Chicago Bulls back from dormant to the first seed in the East? (That was also a defensive-minded team with an emerging star and hard-nosed bench players.)

Thibodeau had unceremoniously left the Minnesota Timberwolves, as fans had never warmed up to him in the first place. Rumors of feuds with players all over the roster were spreading. When Gorgui Dieng came from the 2016–17 season expecting to start again next year, he was shocked to find that Thibs had decided to go with Taj Gibson instead. There wasn’t any communication. That’s some of what Thibs is talking about when he said communicating better with some players. He took the year off, making an appearance on The Jump and visiting Golden State Warriors practices. Maybe watching a team that has embraced the outside shot more than any team in history had a large effect on him.

It is hard to imagine that a man who loves winning as much as he does didn’t think of the game more after visiting a team like that. Thibodeau was a sponge under Van Gundy. When he tells Stephen A. that he went back to the foundation of those teams, he is mostly talking about their toughness and culture. Patrick Ewing, Larry Johnson, Latrell Sprewell, Allan Houston, and even Chris Childs aren’t just former Knicks players; they’re a symbol of Eden. They’re a symbol of bliss, of when Madison Square Garden truly mattered. When Spike Lee could piss off the opposition and we would still win the series. When the “GO NY GO NY GO” song wasn’t a meme that we tweet after wins, but a way of life. However, things still change. You can’t only be successful that way.

The NBA has rules now that put offenses in position to be successful. Once, the old guard could hand check, now they can’t. The Jordan Rules aren’t being deployed to stop Luka Doncic. Nowadays, Luka or James Harden hit their step-back triples and people wonder what just hit them. Thibs, while being a part of that generation, is a basketball junkie. Basketball junkies evolve, for the love of the sport. Because they are things that are still constant.

The Knicks have a young team: Immanuel Quickley is 21 years old. Obi Toppin is 23. R.J. Barrett is 20. The average age on the team is 25.5. The 2012–13 Knicks team—the last truly good squad New York had prior to this season—had an average age of 32. That was the oldest team in NBA history.

Julius Randle has been outspoken about the good communication Thibs has been giving him. He went on J.J. Redick’s podcast and said: “Honestly, man, he’s not as much of a harda– as people think he is. The dude is super cool, like you can talk to him. He’s gonna kill me if he sees this, but he really is soft. You can talk to him. Thibs is dope. Honestly, he’s a players’ coach. This is the most fun that I’ve had as far as playing in the league, for sure.” Randle has played for Byron Scott, Luke Walton, and Alvin Gentry, all widely talked about coaches throughout the league.

It says a lot that Thibodeau is the coach he has felt most comfortable with. Thibs has been encouraging the Knicks to shoot: “They made a very serious commitment (to shoot threes). And we know we had to. That was a big concern coming into training camp, how well we can shoot the ball.” He’s been outspoken himself about pushing sharpshooting rookie Immanuel Quickley to shoot even more three-pointers. The Knicks’ training facility in Tarrytown is equipped with a four-point line and Thibs says Quickley shoots just as effectively from that area. This is a far cry from his Bulls teams that shot three-pointers but did not make it the focal point of the offense. Those teams were defined by Derrick Rose and Joakim Noah’s pick-and-roll action, while Boozer was waiting to receive dump off’s. Kyle Korver would come in to shoot, but nobody else on that roster had carte blanche.

The Bulls were a hyperactive defense: After the infamous “ICE” defense. Hopefully, they would cause a deflection and Rose could get out on the break. Once Jimmy Butler emerged, Rose was no longer the player that Thibodeau had when he first took the job. This Knicks team is different: they often enjoy scoring in the halfcourt. Their best player is Julius Randle, a graceful brute who can attack the basket and lower a shoulder while stepping back like a lefty Carmelo Anthony the next possession. Barrett has raised his jumper to a point where teams have to guard him, and Quickley shoots shots that should count as four points.

Thibs calls staggered screens and some high-low action that tries to find easy lobs for Nerlens Noel, all while also empowering Alec Burks, Quickley, and Reggie Bullock to take the outside shot if they have an opening. We haven’t seen a balancing act this good since they stopped doing the magician stuff during halftimes. Things aren’t perfect: Eflrid Payton is still playing like a chicken with his head cut off. The term “running around and doing nothing” is attributed to Patrick Beverley by Russell Westbrook, but it should be for Payton. He’s the guy in Above the Rim on Birdie’s team that fouls a lot. (To be fair, I think it is a CAA conspiracy.) Still, Knicks fans don’t have much to complain about other than that. Thibs has gotten us further than we expected this season.

The Garden is Eden again. Like Steve Kerr, Thibs was taught the game a certain way but has now adjusted to the team that he currently has. Phil Jackson, eat your heart out.