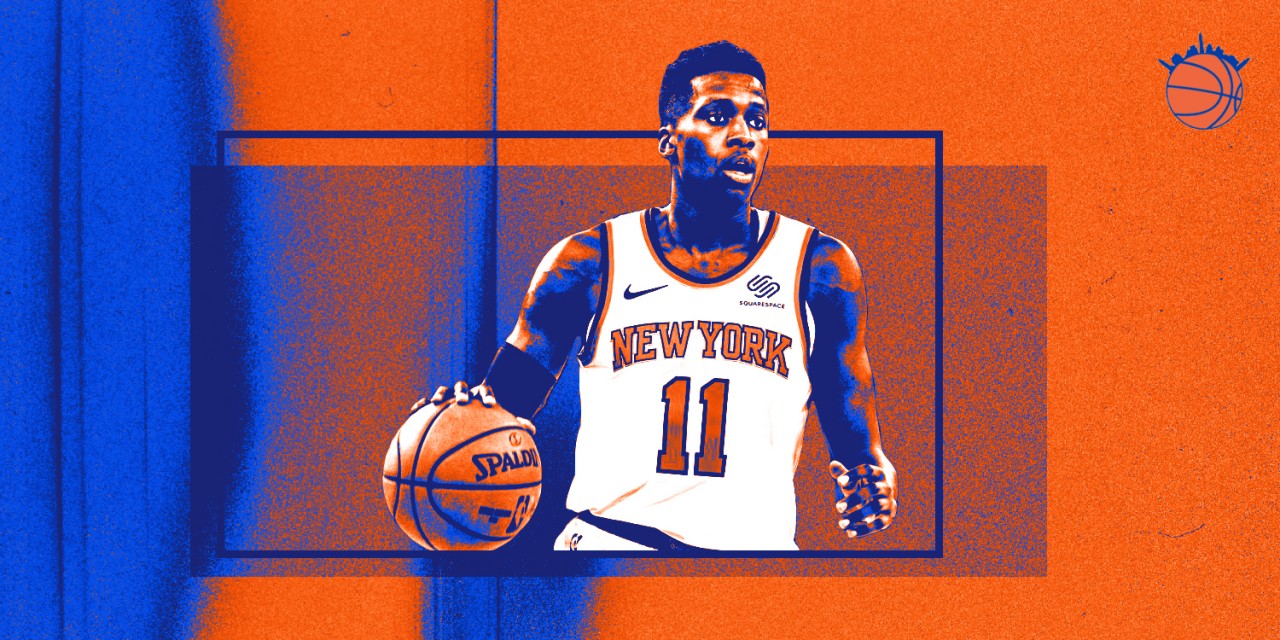 An underrated storyline for the Knicks in 2020–21 is Frank Ntilikina’s impending restricted free agency. What can we expect for the polarizing guard?

It seems like just the other day Frank Ntilikina was drafted with the seventh overall pick by Phil Jackson and the New York Knicks. Then an 18-year-old rookie, Ntilikina was viewed as a high upside pick for the backcourt and a future option for Jackson’s Triangle Offense.


Now, as Ntilikina turns 22 years old, the conversation has shifted after three uninspiring seasons. As he moves into restricted free agency, let’s see what that holds for both Ntilikina and the Knicks.

It’s tough to truly gauge what Ntilikina’s value will be—he just finished his third straight season with under 40% shooting from the field and remained a below-average shooter from three-point range. After registering 1,706 minutes as a rookie, Ntilikina finished with 2,091 over the last two seasons. Viewed as a combo guard in his first two seasons, Ntilikina played 92% of his minutes at point guard in the 2019–20 season.

But the devil is in the details for Ntilikina. Last season, he shot 40.2% from the midrange and 55.1% at the rim. With just 29 total attempts, Ntilikina shot 48.3% (14-for-29) on corner threes and his efficiency in three areas—True Shooting percentage, three-point rate, and free throw rate—have all improved. Defensively, Ntilikina has always been a destructive option on the wing and his rapport with rookie wing R.J. Barrett blossomed over the final 10 games before the COVID-19 shutdown.

And on top of all that, new President Leon Rose seems to be “Team Frank,” which is good for his future prospects. But as the Knicks move forward with their roster development and superstar pursuits, cap space will become somewhat important. How much of it do they want to invest in Frank Ntilikina?

Wright, a restricted free agent last season who went from Toronto to Memphis to Dallas in the space of a few months, has a more expansive offensive game than Ntilikina and was acquired by Dallas in a sign-and-trade with Memphis for three years, $29 million. Meanwhile, Dunn, who was the fifth overall pick in the 2016 draft, has struggled shooting like Ntilikina, but in turn, became one of the best perimeter defenders in the league. He enters restricted free agency this offseason.

Both Wright and Dunn represent a potential mirror into Ntilikina’s pending restricted free-agency period. Both players are good defensively, with Ntilikina closer to Dunn in defensive value. Wright represents more of Ntilikina’s future role—a large wing alongside a dominant offensive playmaker. Wright’s best work in Dallas was alongside Luka Doncic, who allows Wright to have more of a free role offensively. The Knicks hope that Ntilikina can imitate Wright alongside Barrett, much like he did late last season.

And there might be a benefit to New York offering Ntilikina a contract within the range $7-8 million before the extension deadline. Between his increased efficiency over the last year, a more concise role, and synergy with Barrett and a head coach in Tom Thibodeau who gravitate to defensive-minded players, getting Ntilikina a three-year extension within the $30 million range before heavily investing him could be a smart way to go.

The part about Thibodeau is key for Ntilikina’s prospects. While we don’t know what Rose wants to do with this roster, we have a clear idea of what Thibodeau wants in his ideal rotation. During his tenure with the Bulls and Timberwolves, Thibs had top point guards like Derrick Rose, but behind them were various ball-handlers: John Lucas III, C.J. Watson, Kirk Hinrich, Jerryd Bayless, and Jamal Crawford, to name a few.

In short, Ntilikina hits every beat for previous Thibodeau teams. He’s a solid ball-handler and offensive initiator at the point guard position, shown the ability to play and thrive alongside a dominant offensive wing creator (R.J. Barrett, who’ll get some Jimmy Butler–like offensive sets created for him) and his defense will inspire Thibodeau to create a scheme around him and Mitchell Robinson. If Ntilikina makes it to opening night as a member of the New York Knicks, it would be a shock if he didn’t become a player Thibs leans on throughout the season.

The Knicks are now moving into a place where their lottery picks are looking to earn their second contracts, and it starts with Frank Ntilikina. After a lackluster two seasons, Ntilikina took a step forward in his underlying offensive numbers, while also remaining a high-level defensive player. Ultimately, the Frenchman will never live up to his draft status, but could be a solid player for a good team—which is something New York needs at the moment.

But at what price? That will be for the New York Knicks to find out. For both parties, extending the relationship for the foreseeable future seems like the best way to go.