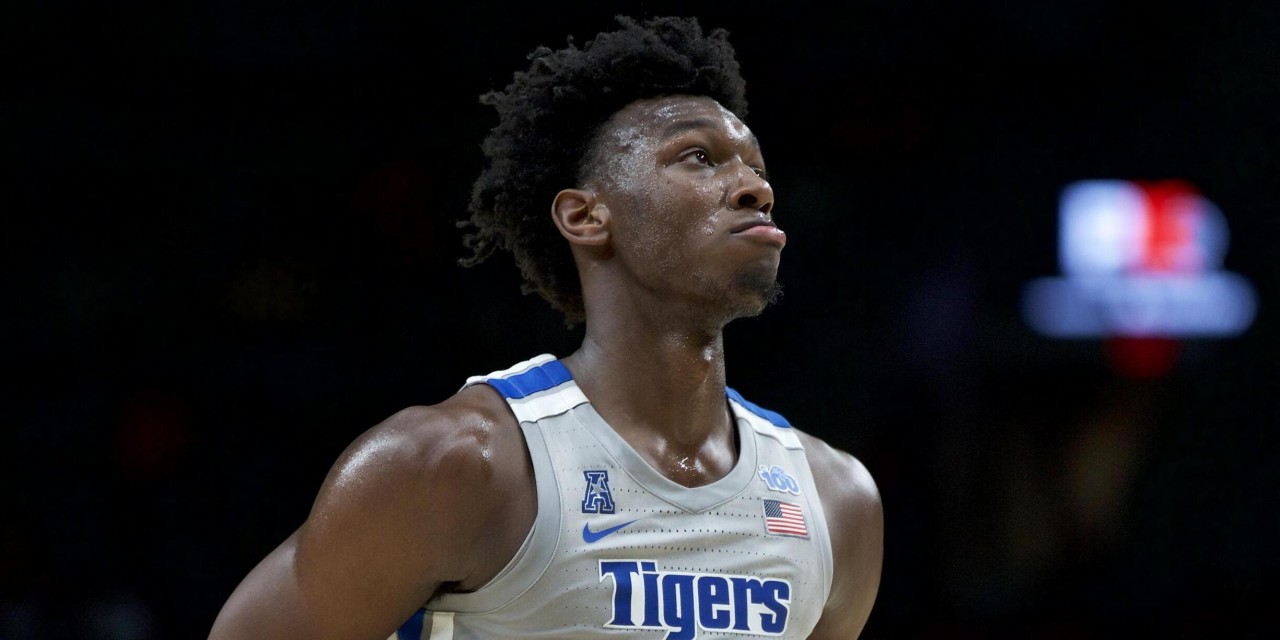 The Knicks clearly need help in the backcourt, but it’s difficult to completely ignore taking a big in the 2020 NBA Draft in spite of Mitchell Robinson’s presence.

The New York Knicks are on pace to have three top-40 draft picks in the 2020 NBA draft. As the 2019–20 regular season standings currently sit, the Knicks’ pick is projected to be sixth overall—with a 9.0% chance at becoming the top pick. New York also has two non-lottery picks, which are projected to be selections 27 and 38.

New York will likely be one of just two teams—along with the Minnesota Timberwolves—to own a top-10 pick and two others in the top 40. The Knicks would be wise to draft a big with one of these picks.

No, I haven’t forgotten about Mitchell Robinson, the Knicks’ most impactful player and defensive anchor. The 7-foot-2 center should undoubtedly be a pillar of New York’s future. Even with his offensive limitations and abundant fouling, Robinson has shown tremendous upside as a rim-running, paint-protecting beast.

As skilled and exciting as Robinson is, he’s just one player. Mind you, a player who routinely finds himself in foul trouble early in games and hasn’t shown to be capable of consistently creating his own shots (unless he’s just waiting for the right time to break out this wild move in a game).

Using a pick to take a big man would also help regulate New York’s glut of young perimeter players. Adding three more guards and/or wings to the roster which already has multiple young guards and wings exacerbates the issue of finding enough playing time to develop them all. Drafting a big can lessen this burden and balance the assortment of youngsters.

Even drafting a big with the Knicks’ own pick shouldn’t be off the table. Robinson can certainly be a high-level support piece on a good team, but he hasn’t shown enough for the Knicks to avoid drafting a big altogether.

Consider the Timberwolves’ situation. Their young center, Karl-Anthony Towns, has displayed franchise-player-level talent. He has been named an All-Star twice in his five-year career (while playing in the star-studded Western Conference) and has a serious case to be considered the best scorer out of all the NBA’s big men that aren’t named Giannis.

A team can only afford to avoid using valuable draft picks on a big man when it possesses a big near Towns’ caliber. Only a center of high-level talent—the type of talent that allows a team to compete for a championship—should be a reason for a lottery team to dismiss centers from consideration.

The Knicks are in need of high-level talent. They have a handful of promising young players, namely Robinson and R.J. Barrett, but not a surefire star that can carry the franchise to the playoffs year after year. Until a team finds a player like this, the front office should simply draft the prospect it thinks will be the best player with their highest draft pick.

The Sixers are an example of why drafting the best player available is more beneficial than drafting pieces that all have an ideal fit together. At the 2014 draft, Philadelphia drafted a center for the second year in a row when it selected Joel Embiid third overall. Nerlens Noel, the center Philadelphia acquired via trade on the day of the 2013 draft, missing his entire rookie season made the selection of Embiid a bit easier to fathom—but imagine where the Sixers would be if they had opted not to draft Embiid because they already had a young center.

Embiid has made the last three All-Star games and Philadelphia is on pace to make the playoffs for the third straight year mostly because of him. Had Philly decided not to draft another center, they wouldn’t where they are right now. The rebuilding Sixers realized Embiid’s talent was too great to pass on despite drafting a player that plays his position in the prior draft.

The rebuilding Knicks shouldn’t balk at drafting a big man they see as the best player available just because they already have a good young center.

The general consensus is that Memphis’ James Wiseman, USC’s Onyeka Okongwu and Dayton’s Obi Toppin are the best big men in this year’s draft class. There’s no uniform ranking of the three, but The Knicks Wall’s Mike Cortez, The Ringer’s Kevin O’Connor, Bleacher Report’s Jonathan Wasserman and ESPN’s Mike Schmitz and Jonathan Givony all have them as the top three bigs on their draft boards.

All three players are impressive athletes with playstyles that suit the modern game. Wiseman is a ferocious dunker and shot blocker with a 7-foot-7 wingspan, Okongwu is a good passer and versatile defender and Toppin is a strong roller in screen-and-rolls that shot 39% from deep this past season.

Each player has flaws, too, as any prospect does. Wiseman lacks discipline on defense, Toppin is a disappointing defender and rebounder given his athleticism and size, and Okongwu struggled to guard bigger opponents.

None of these players mesh well with Robinson—except, possibly, for Toppin if he can reliably shoot three-pointers from the get-go. A frontcourt of Okongwu and Robinson would be nightmare fuel for NBA offenses; defenses, however, would have a much easier time containing an offense with two lane dwellers. A Robinson-Wiseman pairing would face this issue, too.

A prospect’s fit on the Knicks should certainly be considered when Leon Rose evaluates the pool of candidates and eventually selects one. However, if Rose sees one of the aforementioned bigs as a more promising player than the guards or wings available, drafting that big is the right move for the franchise.

Should New York’s front office choose a wing or guard with the Knicks’ own pick, it should still draft a big with one of its later picks. Taj Gibson has been solid for New York but the team is rebuilding, so opting for a younger option makes more sense. Technically, Bobby Portis is a younger option since he’s just 24 years old but…no.

Smith is a smooth shooter that greatly improved from his freshman year, as he upped his percentages from deep and from the free throw line by 10 in just one offseason. Stewart is a physically imposing force, bullying defenders in the paint to score and fighting tenaciously for rebounds.

There are plenty of promising young big men for New York to pick with any of their three picks. If the Knicks think a big is the best player available, they should draft him with their lottery pick. If this isn’t the case, the Knicks should still pick up a big with one of their later picks for the sake of having a more balanced group of youngsters.